The List Routes of Santiago de Compostela in France
Print

Santiago de Compostela was the supreme goal for countless thousands of pious pilgrims who converged there from all over Europe throughout the Middle Ages. To reach Spain pilgrims had to pass through France, and the group of important historical monuments included in this inscription marks out the four routes by which they did so. 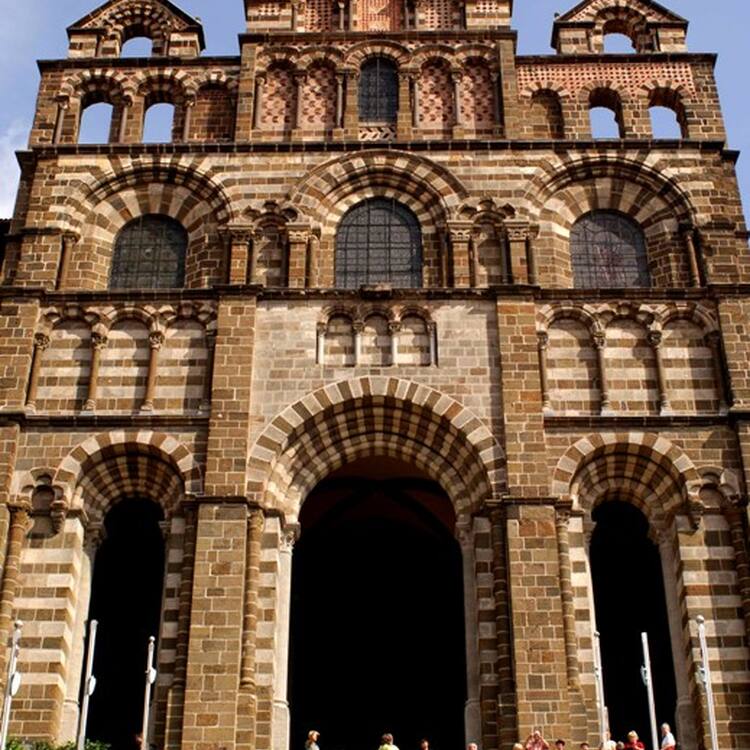 Throughout the Middle Ages, Santiago de Compostela was a major destination for numerous pilgrims from all over Europe. To reach Spain, the pilgrims had to pass through France. Four symbolic routes depart from Paris, Vézelay, Le Puy and Arles and cross the Pyrenees, joining the numerous itineraries taken by the travellers. Pilgrimage churches, simple sanctuaries, hospitals, bridges, roadside crosses bear witness to the spiritual and physical aspects of the pilgrimages. Spiritual exercise and manifestation of faith, the pilgrimage has also influenced the secular world in playing a decisive role in the birth and circulation of ideas and art.

Large sanctuaries, such as the Saint Sernin Church in Toulouse or Amiens Cathedral - some cited in the Calixtine Codex - as well as other properties, illustrate the routes and conditions of the pilgrimage over the centuries. Seventy-one elements associated with the pilgrimage have been retained to illustrate their geographic diversity, the chronological development of the pilgrimage between the 11th and 15th centuries, and the essential functions of the architecture, such as the old hospital for pilgrims at Pons, or the “Pilgrims” Bridge over the Boralde. In addition, seven sections of the Chemin du Puy are included, covering nearly 160 km of the route.

Criterion (ii): The Pilgrimage Route of Santiago de Compostela played a key role in religious and cultural exchange and development during the later Middle Ages, and this is admirably illustrated by the carefully selected monuments on the routes followed by pilgrims in France.

Criterion (iv): The spiritual and physical well-being of the pilgrims travelling to Santiago de Compostela were met by the development of a number of specialized types of edifice, many of which originated or were further developed on the French sections.

Criterion (vi): The Pilgrimage Route of Santiago de Compostela bears exceptional witness to the power and influence of the Christian faith among people of all classes and countries in Europe during in the Middle Ages.

The proposed edifices and ensembles represent, in their diversity, a true evocation of the context of the pilgrimage to Santiago de Compostela. The same applies to proposed sectors of the route that are only examples of the ensemble of the routes followed by the pilgrims. The edifices along the route share in common the direct testimony, conserved and transmitted to the present day, of the practice of the pilgrimage as it occurred in France in the Middle Ages. The intact evocative power has revitalized a cultural approach of the pilgrimage to Compostela. Since the 1990s, the Routes of Santiago de Compostela in France are the subject of continually increasing numbers of visitors, which has to be accommodated with road development.

The accommodation and care establishments presented are undoubtedly devoted to the pilgrimage by the historic texts and the conserved architectural or decorative elements. The properties presented illustrate in the most loyal and credible manner the ensemble of rituals and practises linked to the pilgrimage to Santiago de Compostela. This includes the routes, pilgrimage churches or simple sanctuaries, hospitals and bridges. The spiritual path of the pilgrimage was marked by the veneration of relics of saints along the itinerary. The richest edifices, privileged points of passage of the route, are recognizable for their specific architectural layout, suitable for organizing the circulation of pilgrims. The more modest churches, stops for contemplation or rest, located on the main or secondary routes, bear testimony by their sculpted and painted decor representing religious scenes or legends linked to the devotion of Saint James.

The 71 edifices and building ensembles are for the most part the property of the communes, and in some cases, property of the Departmental Council and private individuals. The majority of the religious buildings are devoted to the Catholic faith. Their conservation is the responsibility of their owners, with financial assistance and under the technical and scientific control of the services of the State.

They are covered by protective measures in application of the Heritage Code (listing or inscription as Historic Monument), the Environment Code, as well as local urbanism plans (PLU). These buildings also generate protective boundaries of 500 m. Some of the boundaries are susceptible to modification in order to render the protective area more relevant.

Furthermore, the areas where the buildings and ensembles are located also benefit from protection either under the Heritage Code (remarkable heritage sites), or under the Environment Code (listed or inscribed sites).

In any event, these protective boundaries ensure that the advice of the territorial architectural and heritage services is mandatory to authorize all works.

The sections of the route included in the inscribed property are the Grande Randonnée hiking trails (GR65) that benefit for the most part, from protection under the Departmental Plan for Walking and Hiking Routes (PDIPR).

It also benefits from the protection of the different historic monuments that are found along the route.

The management of the property is coordinated at the national level by the Prefect of the Occitanie Region, who was appointed Prefect Coordinator. The Prefect chairs the Interregional Coordinating Committee that annually brings together all the owners of the components of the property. The Prefect also relies on the Agency for Interregional Cooperation and Network of the Routes of Saint-Jacques-de-Compostelle (ACIR), manager of the inscribed site