The old colonial town of Querétaro is unusual in having retained the geometric street plan of the Spanish conquerors side by side with the twisting alleys of the Indian quarters. The Otomi, the Tarasco, the Chichimeca and the Spanish lived together peacefully in the town, which is notable for the many ornate civil and religious Baroque monuments from its golden age in the 17th and 18th centuries. 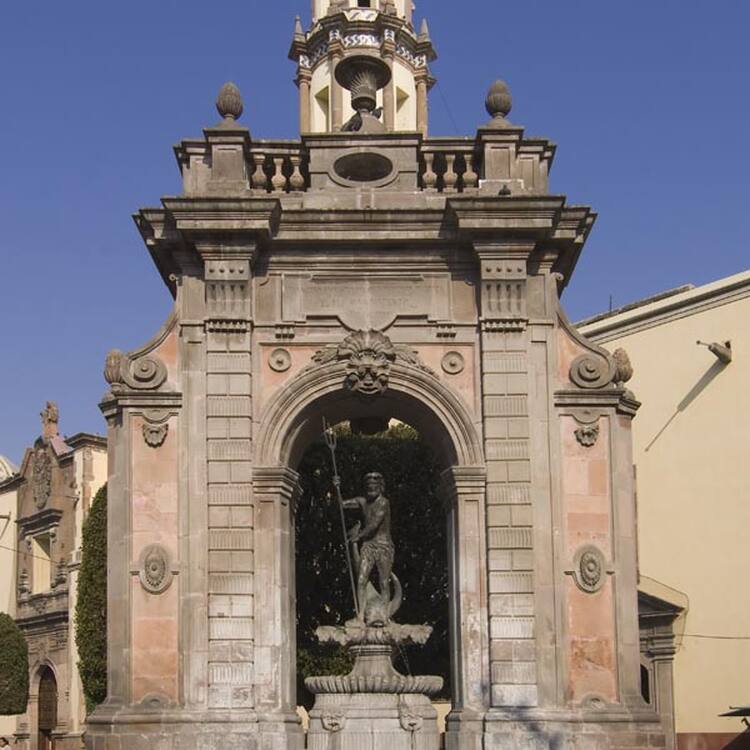 The Historic Monuments Zone of Querétaro is located in the state of Querétaro in Mexico. It is an exceptional example of a colonial town whose layout symbolizes its multi-ethnic population. It is also endowed with a wealth of outstanding buildings, notably from the 17th and 18th centuries. The property is unusual in having retained the geometric street plan of the Spanish conquerors side by side with the twisting alleys of the Indian quarters. The Otomi, the Tarasco, the Chichimeca and the Spanish lived together in the town, which is notable for the many ornate civil and religious Baroque monuments, with a skyline that has been defined since the 16th century. The urban layout of is unique for Spanish colonial towns in the Americas in that its town plan was from the start divided into two distinct sections- one rectilinear and intended for Spanish settlers and the other composed of smaller, winding streets where the indigenous population lived.

Upon construction, the city quickly assumed a double pivotal role in the structure to the south-east that had to be crossed in order to reach the capital of New Spain and at the same time it was the boundary between the southern lands, gradually settled by the Spaniards, and the northern region, which was under the control of hostile nomad peoples such as the Chichimecas.

The property covers 4 sq. kilometres with 203 blocks. There are 1400 designated monuments, of which twenty are religious and fifteen are used for public services. The many non-religious buildings in Querétaro, again mostly Baroque, are not innovative or exceptional in plan. Their special significance lies in the design and construction of a wide range of multilobate arches, to be found only in the interiors of the houses and palaces, which give the Baroque architecture of Querétaro an exceptional and original character, which is enhanced by the 'pink stone, eagerly sought and used in other parts of the region. Today, it continues to be a lively historic urban centre.

Criterion (ii): The Historic Monuments Zone of Querétaro has a unique urban character and layout that reflects the coexistence of different groups in the same urban space. It has several well preserved civil and religious buildings, which have unique constructive and decorative expressions, as the variety of poly-lobed arches and unique mixtilinear caryatids supports quad of St. Augustine.

Criterion (iv): TheHistoric Monuments Zone of Querétaro is an exceptional example of a Spanish colonial town whose layout symbolizes its multiethnic population. It is also endowed with a wealth of outstanding buildings, notably from the 17th and 18th centuries.

The different urban elements that comprise the Historic Monuments Zone of Querétaro are present within the inscribed property. These include its design, its plazas, open spaces such as Alameda,  neighbourhoods, the aqueduct, monuments and fountains, and civil and religious construction, that form a harmonious whole, with great consistency, unity and urban integrity, despite the changes that have occurred at different times in the city.

The Historic Monuments Zone of Querétaro is distinguished by its rich heritage built and perfectly preserved in its architecture, built by various civil and religious institutions. It is an historic colonial town that continues to exist largely within its original town plan of the 16th century and retains a very high proportion of old buildings, notably from the 17th and 18th centuries. As a significant group of buildings making up a living urban ensemble, its authenticity is of a high order.

The Management Plan and Conservation Area of Historic Monuments and Traditional Neighbourhoods City of Santiago de Querétaro is a crucial tool for the implementation of the management strategies that must be followed in the conservation of tangible and intangible cultural heritage of the property, through protection indicators, governance policies and the creation of the management unit for the historic centre. This government agency, with citizen participation, is the entity that integrates the different levels of decision making and responsibilities of authorities at the different degrees with the objective of sustaining the conservation and management of the Historic Monuments Zone of Querétaro. 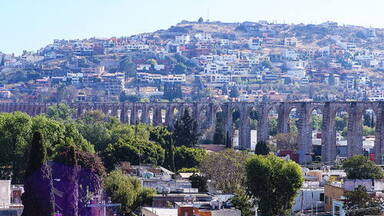