Messel Pit is the richest site in the world for understanding the living environment of the Eocene, between 57 million and 36 million years ago. In particular, it provides unique information about the early stages of the evolution of mammals and includes exceptionally well-preserved mammal fossils, ranging from fully articulated skeletons to the contents of stomachs of animals of this period. 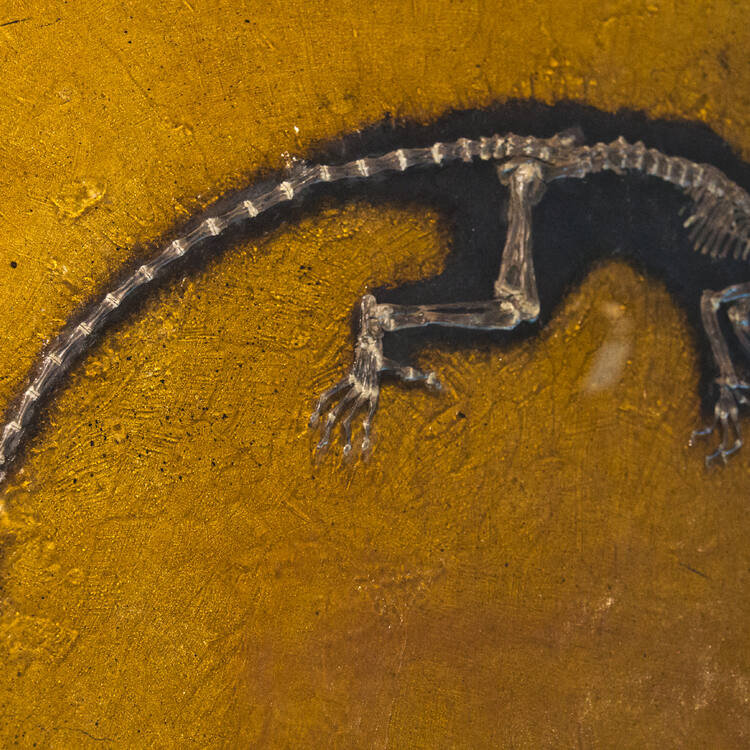 Messel Pit provides the single best fossil site which contributes to the understanding of evolution and past environments during the Palaeogene, a period which saw the emergence of the first modern mammals. The property includes a detailed geological record of middle Eocene age, dating from 47-48 million years ago. It provides unique information about the early stages of the evolution of mammals and is exceptional in the quality of preservation, quantity and diversity of fossils of over 1000 species of plants and animals, ranging from fully articulated skeletons to feathers, skin, hair and stomach contents. Located in the German Land of Hesse, this area of just 42 ha conserves a rich fossiliferous bed of oil shale some 190 m thick. Discovered through mining activities, the area has now been preserved and has been the subject of important paleontological research, which has greatly contributed to our knowledge of evolutionary history. Significant scientific discoveries include studies of the evolution of echolocation in exceptionally well-preserved fossil bats and vital new data on the evolution of primates, birds and insects.

Criterion (vii): Messel Pit Fossil Site is considered to be the single best site which contributes to the understanding of the Eocene, when mammals became firmly established in all principal land ecosystems. The state of preservation of its fossils is exceptional and allows for high-quality scientific work.

As the Messel Pit is the former site of an oil shale mine, the land surface has been significantly disturbed. Paradoxically, if there had been no mine, the scientific values of the property would have never been discovered. Once mining was discontinued in the late 1960’s, the site was opened to private prospection and even proposed as a refuse dump in 1971, a threat that led to increased scientific prospection and public concern. This culminated in the purchase of the pit by the government and its full protection as a cultural monument. The extraordinary state of conservation of the property’s fossils, which allows for the reconstruction of the morphology of the preserved fauna and flora as well as that of their environment, and the serious commitment by government for its long-term maintenance as a site of scientific importance, means that the conditions of integrity for the property are fully met. Although much material has been taken from the site - approximately 20 million tonnes of rock in a century of mining activities - the volume of fossil-bearing oil shale sediments is still massive and far from depleted.

The Land of Hesse is the legal owner of the Messel Fossil Pit. The oil shale in the pit is a historical mineral resource, making it part of the cultural heritage as defined in the Hessian Heritage Protection Act. Operations in the mine are governed by the Federal Mining Act. The property is jointly managed through an agreement between the government, the Senckenberg Society for Nature Research and the Messel Pit World Heritage Non-Profit Limited, an NGO founded in 2003, which has as its principal responsibility the presentation of the site to visitors. Shareholders of this NGO are the Land of Hesse, the Senckenberg Society for Nature Research and the municipality of Messel. The Messel Pit Fossil Site is administrated separately from the Federal State budget.

Under German law, the Senckenberg Society for Nature Research is the operator of the mine, which has an agreement with the Land of Hesse for the protection and preservation of the Messel Pit. The operator is responsible for the main operating plan of the mine, which includes water drainage, slope reinforcement, management of encroaching vegetation, protection against trespassers and management of the former North-East Dump, as well as for sustaining scientific research. The property is surrounded by a perimeter fence and controls on excavation and disturbance to the oil shale are in place. Various development and landscape plans for the property have been produced, as well as an overall Management Plan. A 22.5 ha buffer zone surrounding the property was defined in order to strengthen the integrity of the property and support its effective protection and management. A viewing platform overlooking the pit, a visitor information centre and a wide range of communication activities concerning the property are in place. 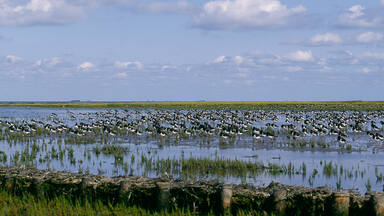 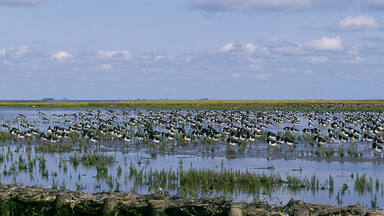