The List Mountain Resort and its Outlying Temples, ...
Print

The Mountain Resort (the Qing dynasty's summer palace), in Hebei Province, was built between 1703 and 1792. It is a vast complex of palaces and administrative and ceremonial buildings. Temples of various architectural styles and imperial gardens blend harmoniously into a landscape of lakes, pastureland and forests. In addition to its aesthetic interest, the Mountain Resort is a rare historic vestige of the final development of feudal society in China. 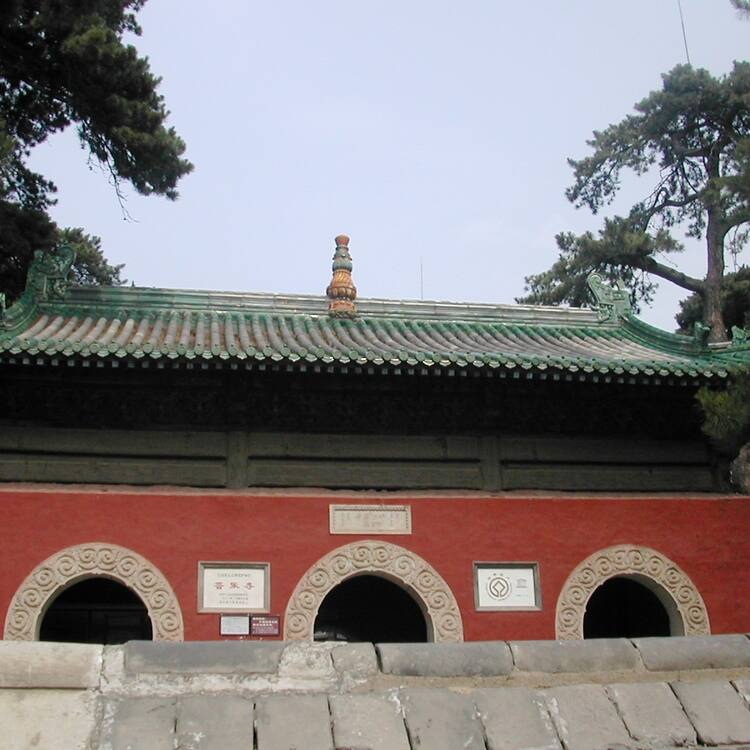 The Mountain Resort of palaces and gardens at Chengde with its Outlying Temples is the largest existing imperial palace-garden and temple complex in China, covering a total area of 611.2ha. Built between 1703 and 1792 as the Qing emperors’ detached summer palace near the imperial Mulan hunting ground 350 kilometres from Beijing, it was a base from which to strengthen administration in the border regions. The 12 outlying imperial temples, some built in the architectural styles of the ethnic minorities, are distributed across the eastern and northern hills outside the palace and garden area. They fostered relations with the ethnic minorities and helped to safeguard the Mountain Resort. Every summer and autumn, emperors of the Qing dynasty including Kangxi and Qianlong handled military and government affairs of the country and received leaders of ethnic minority groups and diplomatic envoys from foreign countries here, and went north from here to hold the Mulan Autumn Hunting. Important historical events of the Qing dynasty took place here, and the historical sites and objects have witnessed the consolidation and development of China as a unitary multi-ethnic state.

The Mountain Resort and its Outlying Temples, Chengde is a classic masterpiece of Chinese palace architecture, gardening art and religious architecture.The landscape of the Mountain Resort is designed following the topography of natural hills and water. As an outstanding example of Chinese natural landscape gardens and palaces, it inherits and carries forward China’s imperial gardening tradition. By integrating elements of Han, Mongolian and Tibetan architectural art and culture the Outlying Temples crystallize the achievements of cultural exchanges and integration among different ethnic groups in the course of development of Chinese architecture.

The manmade landscape of the Mountain Resort and its Outlying Temples perfectly integrates with the special natural environment of Chengde, such as the danxia landform. Its natural and harmonious layout is a successful practice of the traditional Chinese geomantic culture (fengshui). As a representative of ancient Chinese garden design, it once exerted influence in Europe, and has played an important role in the history of 18th century landscape garden design worldwide.

Criterion (ii): The landscape of the Mountain Resort and its Outlying Temples is an outstanding example of Chinese integration of buildings into the natural environment, which had and continues to have a profound influence on landscape design.

Criterion (iv): The Mountain Resort and its Outlying Temples represent in material form the final flowering of feudal society in China.

The Mountain Resort and its Outlying Temples have a high degree of integrity. Within the 611.2 ha. area covered by the property, the historic layout and natural system of hills and water since the 18th century are basically integrally preserved, with all main historical relics, information and corresponding important values preserved intact, demonstrating China’s multi-ethnic cultures, including Han, Manchu, Mongolian and Tibetan, and the integration of Confucianism, Buddhism, Taoism and other religions.

The layout of the 18th century, with all the attributes, including buildings, sites, stone sculptures, wall paintings and Buddhist statues are fundamentally preserved. It authentically presents the classic artistic achievement of gardening and temple architecture of China in the 18th century, and genuinely preserves the historic and physical testimony of the unity, consolidation and development of China as a multi-ethnic country. Therefore it enjoys a high level of authenticity.

At the national level, the Mountain Resort and its Outlying Temples at Chengde is a State Priority Protected Site, owned by the state and protected by the Law of the People’s Republic of China on the Protection of Cultural Relics, with the boundary of the property area and buffer zone delimited and proclaimed. The People’s Standing Committee of Hebei Province has promulgated the Regulations on the Protection of Chengde Mountain Resort and its Outlying Temples and the Hebei provincial government has approved the Conservation Plan for the Historically and Culturally Famous City of Chengde.