Founded in 1546 after the discovery of a rich silver lode, Zacatecas reached the height of its prosperity in the 16th and 17th centuries. Built on the steep slopes of a narrow valley, the town has breathtaking views and there are many old buildings, both religious and civil. The cathedral, built between 1730 and 1760, dominates the centre of the town. It is notable for its harmonious design and the Baroque profusion of its façades, where European and indigenous decorative elements are found side by side. 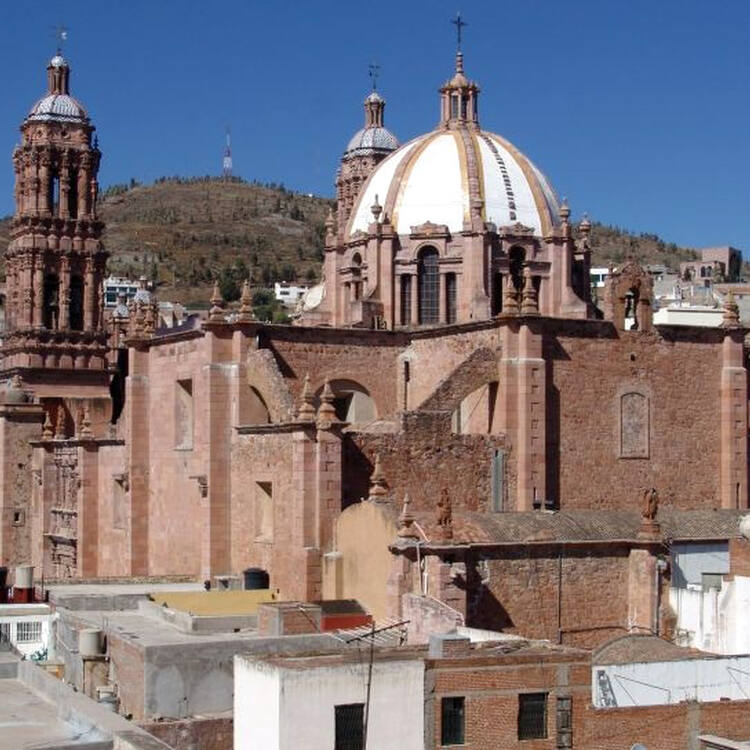 The Historic Centre of Zacatecas, located in the south central part of the state of Zacatecas, between the Bufa and Grillo hills was founded in 1546 after the discovery of a rich silver lode, Zacatecas reached the height of its prosperity in the 16th and 17th centuries. Built on the steep slopes of a narrow valley, the town has many historic buildings, both religious and civil. With Guanajuato, Zacatecas is among the most important mining towns of New Spain. It was a major centre of silver production, and also of colonization, evangelization and cultural expansion. The townscape of the ancient centre is moulded to the topography of the steep valley in which it is situated and is of outstanding beauty. The Historic Centre of Zacatecas has almost completely preserved of the urban design in the sixteenth century, taken as a basis for further development in the eighteenth and nineteenth centuries. The peculiar and representative architecture of the 18th and 19th century make the city a clear hierarchy among the major work by volume and modest buildings.

The historic area comprises 15 religious complexes, mainly of the 17th and 18th centuries, among them the convents of San Juan de Dios, San Francisco, San Augustín and Santo Domingo. The cathedral (1730-60) is a highly decorated Baroque structure with exceptional facades and other features that reflect the absorption of indigenous ideas and techniques into Roman Catholic iconography. The Jesuit church of Santo Domingo has a quiet beauty which contrasts with the Baroque flamboyance of the college alongside it. Its massive dome and towers provide a counterpoint to the nearby cathedral. It now houses a new Fine Art Museum.

Important secular buildings include the 18th-century Mala Noche Palace, the Calderón Theatre of 1834, the iron-framed Gonzalez Market of 1886, and the pink stone Governor's Residence. Quarters, named after trades or local topography, contain fine examples of humbler urban architecture from the 17th century onwards.

The Historic Centre of Zacatecas is a typical model of urbanization based on the irregular topography of a narrow glen. Today, the city of Zacatecas retains a wealth documentary that illustrates a significant stage in the history of Mexico and humanity as well, as monumental architectural styles that blend together, achieving an exceptional value.

Criterion (ii) : Zacatecas was one of the principal centres of silver mining from the early Spanish period until the 20th century and its architecture and layout reflect its economic importance and the resultant cultural flourishing which influenced developments in these fields in central and North America.

Criterion (iv) : Zacatecas is an outstanding example of a European colonial settlement that is perfectly adapted to the constraints imposed by the topography of a metalliferous mountain range.

The inscribed property has an area of 110 ha. In general, the morphology of the urban trace of the historical centre has not significantly changed. The property includes all the component to illustrate the variety and diversity of its buildings and physical components of its natural environment that convey its Outstanding Universal Value. Some sectors are vulnerable given the inadequate control of development, particularly in regard to new construction which alters the landscape settings and erodes the physical fabric of the property. The protection and management of the property must address these conditions holistically to ensure the conservation of historic buildings, of the original urban structure and of the cultural and historical memory.

The original street pattern of the town has been preserved intact and, because of the economic decline over much of the 20th century, there have been very few modern interventions among the buildings. Development has been controlled to a certain extent and restoration work has followed high standards and bee closely supervised by the Federal, State and Municipal bodies.

Today, the Historic Centre of Zacatecas currently stands out for its magnificent architectural buildings as well as the trace of its streets and squares.

The public and religious buildings are in Federal Government ownership; of the remainder some belong to the State of Zacatecas or to the municipality of Zacatecas and others are in private ownership. The main protection comes from the Federal Law on Monuments and Archaeological, Historic and Artistic Zones of 1972. The Historic Zone of Zacatecas is under the control of the State Government by Law no 60 (1987),  Law on the Protection and Conservation of Monuments and Typical States of Zacatecas, which comes into force in 1965 and in 2007 published the Partial Program Rules of the Historic Centre of Zacatecas.

The conservation, supervision and management systems for most of the components are adequate and the supervisory role of INAH, together with the Junta de Monumentos and the Ayuntamiento (Federal, State and Local Authorities) is appropriate. They cooperate together in a Management Plan for this site. 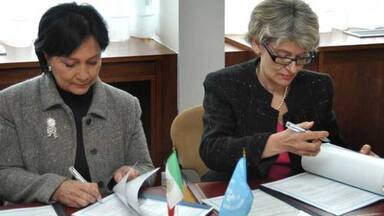 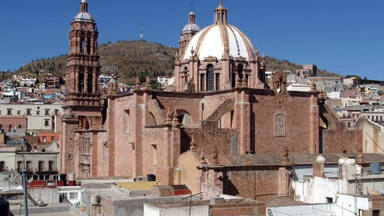