The List Cathedral of Notre-Dame, Former Abbey of ...
Print

Cathedral of Notre-Dame, Former Abbey of Saint-Rémi and Palace of Tau, Reims

Cathedral of Notre-Dame, Former Abbey of Saint-Rémi and Palace of Tau, Reims

The outstanding handling of new architectural techniques in the 13th century, and the harmonious marriage of sculptural decoration with architecture, has made Notre-Dame in Reims one of the masterpieces of Gothic art. The former abbey still has its beautiful 9th-century nave, in which lie the remains of Archbishop St Rémi (440–533), who instituted the Holy Anointing of the kings of France. The former archiepiscopal palace known as the Tau Palace, which played an important role in religious ceremonies, was almost entirely rebuilt in the 17th century. 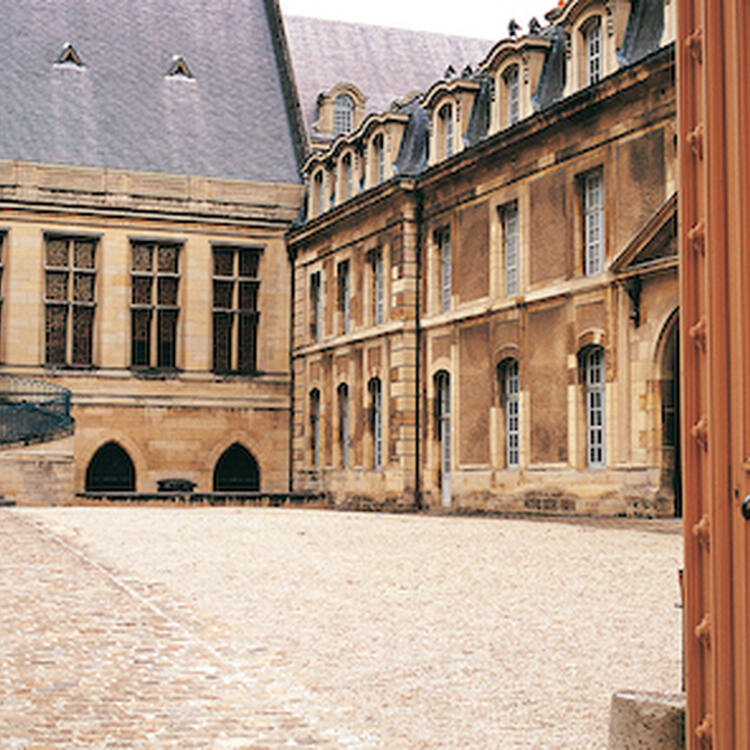 Located in the Grand Est region, in the Marne Department, the Cathedral, the Palace of Tau and the Abbey of Saint-Rémi of Reims are closely linked to the history of the French monarchy, and hence, more generally, to the history of France.

The Cathedral of Notre-Dame is a masterpiece of Gothic art: it bears witness to the remarkable mastery of the new architectural techniques acquired in the course of the 13th century, and achieves a harmonious marriage of architecture with sculpted decoration. The perfection of the cathedral's architecture and group of sculptures is so great that it influenced many later buildings, particularly in Germany. More than just a decoration, the sculptures of Reims Cathedral are an integral part of the architectural composition of the building. Reflecting both the traditions of Île-de-France and the minor arts of the Champagne region, these sculptures have a monumentality and grace inspired by the art of goldsmiths who worked silver or gold. The smiling faces of the western facade, the magnificence of the composition of the Coronation of the Virgin (above the central portal), or the grave nobility of other figures like that of Elizabeth in the scene depicting the Visitation have attained universal celebrity. The original well-balanced harmony has been preserved as has the wealth of ornamentation, carvings and stained glass, an evident testimony to the twenty-five royal coronations that took place there.

The Palace of Tau adjoining the cathedral, once residence of the archbishop, holds the memory of the coronation ceremony.  The king, exercising his right of lodging, prayed in the Palatine Chapel, slept in the palace, and feasted after his coronation in the banquet hall. The beautiful 13th century Palatine Chapel and the 15th century banquet hall have remained intact.  The façade of the Palace of Tau boasts a beautiful 17th century order, and it currently houses the Musée de l’Oeuvre where treasures and artwork linked to the coronation ceremonies are displayed.

The abbey, a pilgrimage church built around the tomb of Saint Remi, is an outstanding example of medieval architecture: it was the largest Romanesque building in northern France before being transformed with spectacular sobriety during the Gothic era. It was closely involved in the ritual of the coronations: the ceremonies began and ended at the abbey, conservatory of the Holy Ampulla containing the chrism dating back to the baptism of Clovis by Bishop Rémi and used for the coronation of kings. The abbey is now a museum of heritage and history of Reims and its region.

Criterion (i): The Cathedral of Notre-Dame of Reims is a masterpiece of Gothic art due to the outstanding handling of new architectural techniques in the 13th century and the harmonious marriage of architecture and sculptured ornamentation.

Criterion (ii): The perfection of the architecture and sculptural work of these buildings had a strong influence on later buildings in Europe.

Criterion (vi): The cathedral, the archiepiscopal palace and the former Abbey of Saint-Rémi are directly linked to the history of the French monarchy and hence the history of France. These places involved in the coronation ceremony recall the balance between public authority and sacred function that has made French royalty a political model throughout Europe.

The Cathedral, the Palace of Tau and the Abbey of Saint-Rémi of Rheims constitute coronation places in their entirety. Although parts of these buildings, which were badly damaged during the First World War, have undergone major restorations, the geography and the ritual of coronation can be evoked or represented there. The cathedral’s sculpture and stained glass still bear witness to these celebrations.  These buildings are part of the urban fabric of the great medieval compound of the13th century, in which we distinguish the traces of the ancient road network. The alternance between post-war reconstructed buildings in an eclectic spirit, contemporary buildings and restored old buildings characterizes the area surrounding these monuments.

The history of the Cathedral of Notre-Dame of Reims entails eight centuries of technical or artistic innovations, from the 13th century to its restoration after the First World War, which provided it with a remarkable reinforced concrete framework. Although Reims Cathedral has unfortunately lost part of its original stained glass, it still has some of the most remarkable examples of Gothic stained glass. For the preservation of this heritage, the State has a double policy of stained-glass restoration and support for its creation. Thus, some of these medieval windows have regained their former splendor while, at the same time, renowned artists, such as Marc Chagall, have practiced their art in the cathedral.

The first episcopal palace, known as the Palace of Tau, played an important role in religious ceremonies; it was almost entirely rebuilt during the 17th century. By breaking the Holy Ampulla, the French Revolution interrupted the tradition of coronations, which was resumed one last time for the coronation of Charles X, in 1825. Successive restorations until today have enabled the implementation of technological innovations respectful of the authenticity of the buildings.

The three buildings forming the property are protected under the Heritage Code (Historic Monuments).

Property of the State, the Cathedral is listed in its entirely as a Historic Monument since 1862 (the Palace of Tau since 1886). It is legally assigned to Catholic worship. The Palace of Tau is managed by the Centre des monuments nationaux, a public institution under the supervision of the Ministry of Culture, which ensures its opening to the public. Annual and multi-annual programmes ensure the monuments’ maintenance and restoration; they are either implemented directly by the State or carried out under its scientific and technical control. The Abbey of Saint-Rémi is owned by the city of Reims; its maintenance and restoration are the responsibility of the municipality under the scientific and technical control of the State. The redevelopment of the forecourt helps to improve access and circulation around the monument.

The local urban plan, preserving the urban fabric and establishing view cones of the cathedral, ensures the preservation of the close relationship linking the building to the city. The Saint-Rémi district is a Remarkable Heritage Site, the objective of which is the protection of the buildings and the enhancement of the public space and monumental perspectives in a project and urban renewal approach. Another Remarkable Heritage Site that will integrate the Cathedral district is under study and will serve as a basis for defining a buffer zone. The management plan for the property is under preparation.

play_arrow Cathedral of Notre-Dame, Former Abbey of Saint-Rémi and ... (UNESCO/NHK)