The List Budapest, including the Banks of the Danube, ...
Print

This site has the remains of monuments such as the Roman city of Aquincum and the Gothic castle of Buda, which have had a considerable influence on the architecture of various periods. It is one of the world's outstanding urban landscapes and illustrates the great periods in the history of the Hungarian capital. 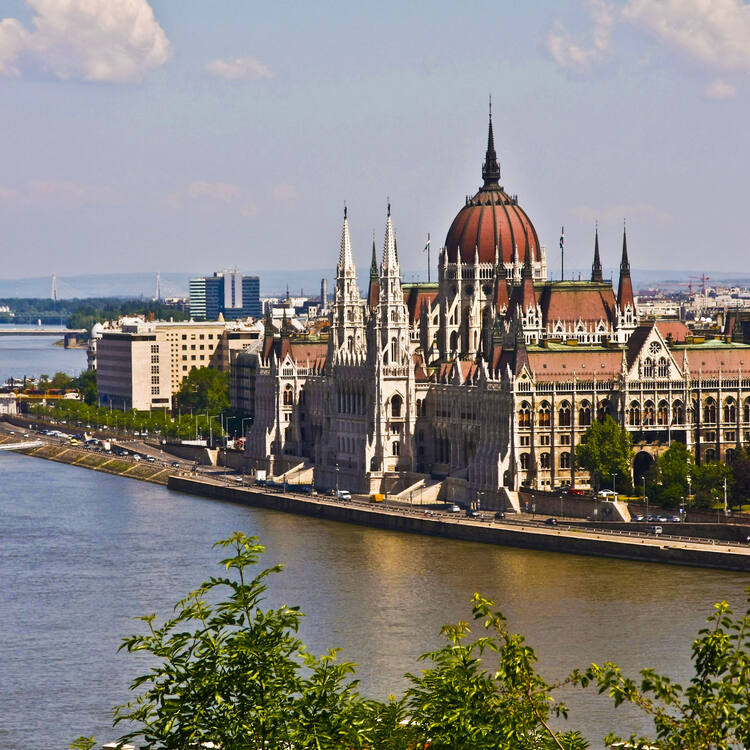 Budapest, including the Banks of the Danube, the Buda Castle Quarter and Andrássy Avenue © Nicolas Economou Photography

This stretch of the Danube has been the location of human settlement since the Palaeolithic. It was the site of the Roman city of Aquincum, situated to the north of the inscribed property which comprises parts of two originally quite separate cities: Buda on the spur on the right bank and Pest on the plain on the left bank. Pest was the first medieval urban centre, devastated in 1241-2. A few years later the castle of Buda was built on a rocky spur on the right bank by King Bela IV. Thereafter, the city reflected the history of the Hungarian monarchy. After the end of the Turkish occupation, recovery did not really begin until the 18th century. In the 19th century, the city’s role as a capital was enhanced by the foundation of the Hungarian Academy, housed from 1862 in a neo-renaissance palace, and by the construction of the imposing neo-gothic Parliament building (1884–1904). W.T. Clark’s suspension bridge, finalised in 1849, symbolised the reunification of Buda and Pest, which did not actually come about until 1873. The symbol of the development of the city as a modern metropolis was the radial Andrássy Avenue, which was included in the property in 2002. From 1872, the Avenue radically transformed the urban structure of Pest, together with the construction of the European continent’s first underground railway beneath it in 1893-6.

As a centre for receiving and disseminating cultural influences, Budapest is an outstanding example of urban development in Central Europe, characterised by periods of devastation and revitalisation. Budapest has retained the separate structural characteristics of the former cities of Pest, Buda and Óbuda. One example thereof is the Buda Castle Quarter with its medieval and characteristically Baroque style, which are distinct from the extended and uniquely homogeneous architecture of Pest (with its historicising and art nouveau styles) which is characterised by outstanding public buildings and fitted into the ringed-radial city structure. All this is organized into a unity arising from the varied morphological characteristics of the landscape and the Danube, the two banks of which are linked by a number of bridges. The urban architectural ensemble of the Andrássy Avenue (‘The Avenue’) and its surroundings (Heroes' Square, the City Park, historic inner city districts and public buildings) are high-quality architectural and artistic realisations of principles of urbanism reflecting tendencies, which became widespread in the second part of the 19th century. The scenic view of the banks of the Danube as part of the historic urban landscape is a unique example of the harmonious interaction between human society and a natural environment characterised by varied morphological conditions (Gellért Hill with the Citadel and the Buda Hills partly covered with forests, the broad Danube river with its islands and Pest's flat terrain rising with a slight gradient).

Criterion (ii): Aquincum played an essential role in the diffusion of Roman architectural forms in Pannonia, then in Dacia. Buda Castle played an essential role in the diffusion of Gothic art in the Magyar region from the 14th century. In the reign of Matthias Corvinus, Buda was an artistic centre comparable, due to its influence, to that of Cracow. As a result of the unification of Pest, Buda and Óbuda in 1872-73, Budapest became once more a significant centre in the second part of the 19th and at the beginning of the 20th century due to the amount and quality of heritage built during those periods. It was a centre which absorbed, integrated and disseminated outstanding and progressive European influences of urbanism and of architecture as well as modern technological developments such as the Millennium Underground Railway, built under Andrássy Avenue, the first in Continental Europe, all of which was in line with its role as a metropolis.

Criterion (iv): Buda Castle is an architectural ensemble which, together with the nearby old district (the Buda Castle Quarter) illustrates two significant periods of history which were separated by an interval corresponding to the Turkish invasion. The Parliament is also an outstanding example of a great official building on a par with those of London, Munich, Vienna and Athens, exemplifying the eclectic architecture of the 19th century, whilst at the same time symbolising the political function of the second capital of the Austro-Hungarian Empire. Andrássy Avenue (1872–1885) and the Millennium Underground Railway (1893 – 1896) are representative examples of the implementation of planning solutions associated with the latest technical facilities of the day to meet the requirements of an emerging modern society. Architecturally, the Avenue has great integrity in its eclectic, neo-renaissance buildings.

The delimitation of the extended property meets the requirements of integrity, since it includes the attributes of Outstanding Universal Value and their historical and structural role is preserved in the urban fabric. Despite the ruinous or missing buildings in certain parts and especially in the Buda Castle Quarter, and despite the reconstructions within the panorama of the Danube banks following World War II, the overall integrity of the property is sustained. In order to reinforce integrity, it is justified to review the delimitation on the Buda side as well as the inclusion of Margaret Island and the extension of the protected area up to the Grand Boulevard (Nagykörút). The original form of Andrássy Avenue with its buildings has been preserved reasonably well in terms of its conception and its relation to the surrounding urban environment, as well as the building fabric. Attention is also given to the preservation and appropriate design of small elements that form part of the street furniture. There are some problems, for example, in the physical condition of the buildings: wooden roof structures have suffered from humidity and metal structures have corroded, requiring maintenance and repair. There have also been some changes in the occupation, offices tending to replace the earlier residential use, which is a common problem in central urban areas. There have been problems with regard to development in the setting of the World Heritage property, both in terms of demolition and inappropriate new structures. Other challenges are the insurance of heritage-friendly traffic management and the mitigation of climate change impact on the natural and built environment (for example extreme water-levels of the Danube, air-pollution and deterioration of limestone structures).

In its attributes and the sum of its constituent parts, the property preserves the defining characters of the architectural heritage created by consecutive layers of historical periods. The restoration and partial reconstruction of the Buda Castle Quarter after World War II, carried out mainly between 1960 and 1980, as well as the degree of authenticity of the surviving historicising buildings are in line with the requirements of the Operational Guidelines. The majority of the replaced buildings in the panorama of the Danube banks conform to their original scales. The big public buildings, such as the Parliament, the Opera House, the Hungarian Academy of Sciences and the Market Hall, have also retained their original functions. Three of the four bridges across the Danube situated in the property have been authentically renovated. The 20th century design of the new Elisabeth Bridge fits in well into the line of bridges preserving its authentic image. Andrássy Avenue, with its trees alongside and its environment, preserve its historicity in its conception and constituent parts. The majority of public buildings have preserved their original function, however, the transformation of residential buildings into offices is an unfavourable trend. The renovated Underground Railway plays a functional role in the city infrastructure. The stations under the Avenue have retained their original features, while those in the City Park have been changed from their original position above-ground and are now built under the surface which represents a certain degree of compromise with regard to the authenticity of the railway. One of the guarantees of the property's authenticity lies in the authentic conservation of the historic urban structure and the buildings in the buffer zone.

The World Heritage property with its buffer zone has been legally protected as a historic monuments area since 1965; this protected area was enlarged in 2005 - after the extension of the property in 2002 – under the Act on the Protection of Cultural Heritage. A great number of historic buildings as well as the bridges and the embankments are also individually protected. The proposed revision of the boundaries of the property is prompted not only by decisions of the World Heritage Committee, but also by recent evolution in the appreciation of the heritage values of the property and its surroundings, as well as by the appearance of new threats. The property and its buffer zone lie within nine administrative districts of Budapest, another municipality being that of the Capital of Budapest itself. These ten municipalities concerned have not yet established an overall management body.

Architectural Planning Juries, both at the level of the districts and at the level of the Capital of Budapest, facilitate high quality architectural developments in accordance with the values of the property. The Gyula Forster National Centre for Cultural Heritage Management is the World Heritage Management Body. Based on the national World Heritage Act of 2011, the state of conservation of the property, as well as threats and preservation measures will be regularly monitored and reported to the National Assembly, while the management plan will be reviewed at least every seven years. Once finalised and approved, the management plan and the management body provide transparent governance arrangements with clear responsibilities, where different interests can manifest themselves and where the institutional framework and methods for the cooperation of the different stakeholders are available.

A management requirement is the establishment of an urban conservation and development plan for the buffer zone, fully respecting the principal architectural and urban values of each quarter with a strict enforcement. In a complementary manner, additional funding (for example tax incentives and grants) has to be sought, and in a dynamic manner, private building investment has to be directed to rehabilitation operations and restoration rather than demolition and reconstruction. Due to the complexity of the property and its context, special attention has to be paid to developing appropriate monitoring tools and mechanisms as well as to their proper application. 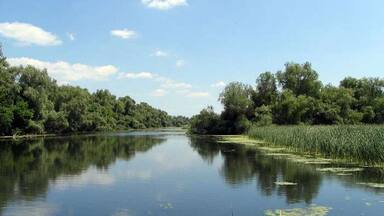 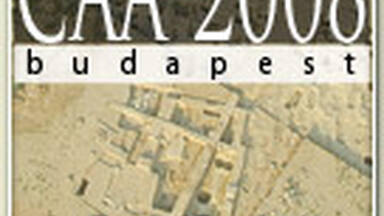 play_arrow Budapest, including the Banks of the Danube, the Buda ... (UNESCO/NHK)