Located in Hubei Province, in central-eastern China, the site consists of two components: Shennongding/Badong to the west and Laojunshan to the east. It protects the largest primary forests remaining in Central China and provides habitat for many rare animal species, such as the Chinese Giant Salamander, the Golden or Sichuan Snub-nosed Monkey, the Clouded Leopard, Common Leopard and the Asian Black Bear. Hubei Shennongjia is one of three centres of biodiversity in China. The site features prominently in the history of botanical research and was the object of international plant collecting expeditions in the 19th and 20th centuries. 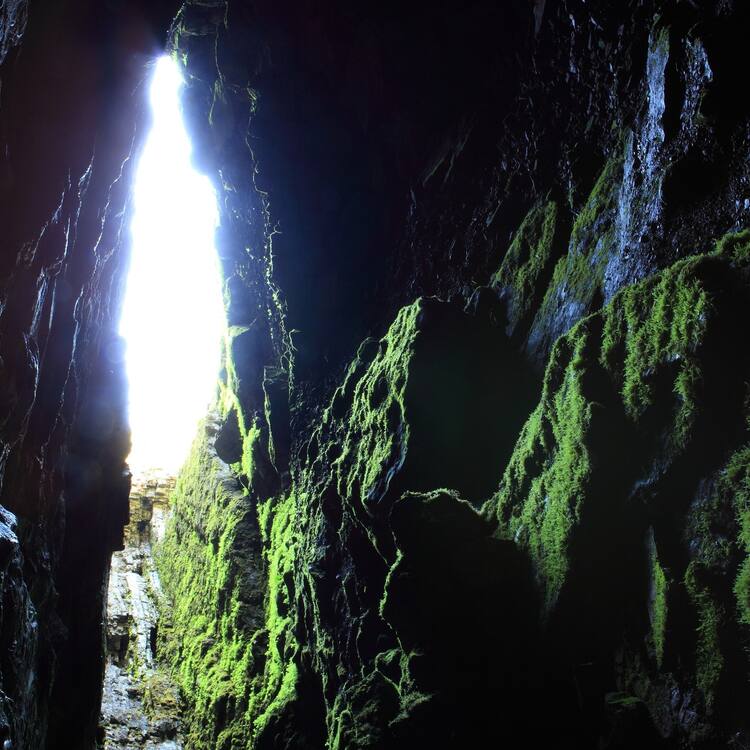 Hubei Shennongjia. Cave for swiftlets © Institute of Botany, The Chinese Academy of Science

Hubei Shennongjia is located in the Shennongjia Forestry District and Badong County in China’s Hubei Province. Shennongjia is on the ecotone from the plains and foothill regions of eastern China to the mountainous region of central China. It is also situated along a zone of climate transition, where the climate shifts from the subtropical zone to warm temperate zone, and where warm and cold air masses from north and south meet and are controlled by the Subtropical Gyre.

The property covers 79,624 ha and consists of two components, the larger Shennongding/Badong component in the west and the smaller Laojunshan component to the east. A buffer zone of 45,390 ha surrounds the property. Hubei Shennongjia includes 11 types of vegetation which are characterized by a diversity of altitudinal gradients. The Shennongjia region is considered to be one of three centres of endemic plant species in China, a reflection of its geographical transitional position which has shaped its biodiversity, ecosystems and biological evolution. Hubei Shennongjia exhibits globally impressive levels of species richness and endemism especially within its flora, 3,767 vascular plant species have been recorded including a remarkable 590 temperate plant genera. In addition, 205 plant species and 2 genera are endemic to the property, and 1,793 species endemic to China. Among the fauna, more than 600 vertebrate species have been recorded including 92 mammal, 399 bird, 55 fish, 53 reptile and 37 amphibian species. 4,365 insect species have been identified. The property includes numerous rare and endangered species such as the Golden or Sichuan Snub-nosed Monkey, Clouded Leopard, Common Leopard, Asian Golden Cat, Dhole, Asian Black Bear, Indian Civet, Musk Deer, Chinese Goral and Chinese Serow, Golden Eagle, Reeve’s Pheasant and the world’s largest amphibian the Chinese Giant Salamander.

Shennongjia has been a place of significant scientific interest and its mountains have featured prominently in the history of botanical inquiry. The site has a special status for botany and has been the object of celebrated international plant collecting expeditions conducted in the 19th and 20th centuries. From 1884 to 1889 more than 500 new species were recorded from the area. Shennongjia is also the global type location for many species.

Criterion (x): Hubei Shennongjia’s unique terrain and climate has been relatively little affected by glaciation and thus creates a haven for numerous rare, endangered and endemic species, as well as many of the world’s deciduous woody species. The property exhibits high levels of species richness, especially among vascular plants, and remarkably contains more than 63% of the temperate genera found across all of China, a megabiodiverse country with the world’s greatest diversity of temperate plant genera. The property includes 12.9% of the country’s vascular plant species. The mountainous terrain also contains critical habitat for a range of flagship animal species. 1,550 Golden or Sichuan Snub nosed Monkeys are recorded in the property. The Golden Snub-nosed Monkeys in Shennongjia are the most endangered of the 3 sub-species in China and are entirely restricted to the property. Other important species include Clouded Leopard, Common Leopard, Asian Golden Cat, Dhole, Asian Black Bear, Indian Civet, Musk Deer, Chinese Goral, Chinese Serow, Golden Eagle, Reeve’s Pheasant and the world’s largest amphibian the Chinese Giant Salamander. The property has extremely rich biodiversity, contains a large number of type species, and hosts numerous rare species which have been introduced into horticulture worldwide. Internationally, Shennongjia holds a special place for the study of plant systematics and horticultural science.

The property covers 73,318 ha and is coincident with the majority of the Shennongjia National Nature Reserve in Shennongjia Forestry District. The larger Shennongding/Badong component in the west is 62,851 ha and includes the northern section of the Yanduhe Provincial Nature Reserve in adjoining Badong County. The Laojunshan component at 10,467 ha lies in the east. A buffer zone of 41,536 ha surrounds the property. The property is large enough to encompass all the essential components that form the unique biodiversity, biological and ecological values of the Shennongjia in Hubei. The boundaries are designated and clearly demarcated on the ground.

The property remains in good condition and threats are generally not of significant concern. However, the division of the site by National Highway 209 and the associated 10 km wide corridor is a cause for concern as it impedes wildlife movements and ecological connectivity. The implementation of an effective conservation connectivity strategy involving wildlife corridors, stepping stones or arrays of small patches of habitat, wildlife road crossings and the removal of fences is therefore essential to facilitate ecological connectivity for mobile wildlife, especially those species which normally require sizable habitat ranges.

All of the property is owned by the state and has national or provincial protection status. Hubei Shennongjia is subject to a range of national, provincial and local laws and regulations which ensure long term strict protection. A multi-level management system has been established to manage the property. The property is subject to a number of plans and has a specific Hubei Shennongjia Management Plan tailored to World Heritage requirements and aimed at safeguarding the site’s Outstanding Universal Value. The management plan needs to be updated to cover management of the Yanduhe Provincial Nature Reserve in Badong County. The management plan should in addition elaborate on measures to integrate different areas of management expertise in a coordinated way across the different protected areas and other national and international designations. The management plan should be a forward-thinking tool that supports adaptive management. Zoning systems should be reviewed to account for the specific habitat and spatial needs of key species.

The property enjoys widespread support among all levels of Government, local people and other stakeholders. The property requires long-term, active management of the buffer zone to ensure that any developments are of an appropriate scale and design according to the values of the property. Furthermore, that surrounding land uses are sympathetic to the values of the property and generate sustainable benefits to local communities. Increased attention and capacity is needed to manage issues within the buffer zone.

A concern stems from the potential of tourism use at the property to increase significantly. Significant improvements to transport infrastructure, most notably the opening of the nearby Shennongjia Airport in 2014, has the potential to dramatically increase visitation and consequent impact. Tourism planning, management and monitoring need to anticipate increasing demand and mitigate negative impacts.

Other threats relate to buffer zone developments and activities. Developments and encroaching land use such as for tea cultivation need ongoing monitoring. Attention should be given to integrated conservation and community development initiatives in the buffer zones to foster stronger community stewardship of the World Heritage property.
News