Pyu Ancient Cities includes the remains of three brick, walled and moated cities of Halin, Beikthano and Sri Ksetra located in vast irrigated landscapes in the dry zone of the Ayeyarwady (Irrawaddy) River basin. They reflect the Pyu Kingdoms that flourished for over 1,000 years between 200 BC and AD 900. The three cities are partly excavated archaeological sites. Remains include excavated palace citadels, burial grounds and manufacture sites, as well as monumental brick Buddhist stupas, partly standing walls and water management features – some still in use – that underpinned the organized intensive agriculture. 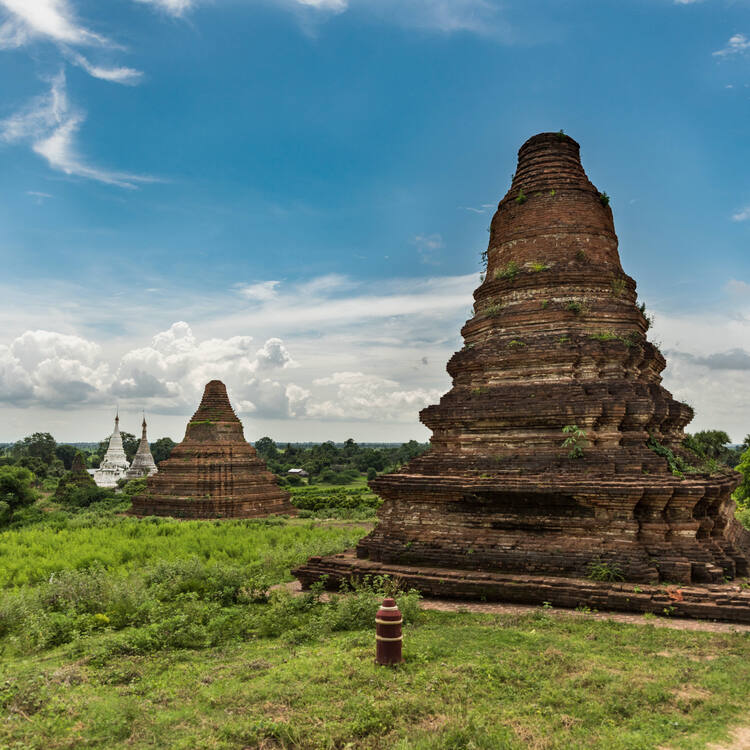 The Pyu Ancient Cities provide the earliest testimony of the introduction of Buddhism into Southeast Asia almost two thousand years ago and the attendant economic, socio-political and cultural transformations which resulted in the rise of the first, largest, and longest-lived urbanized settlements of the region up until the 9th century. The Pyu showed a striking capacity to assimilate Indic influences and swiftly move into a significant degree of re-invention. They created a special form of urbanization, the city of extended urban format, which subsequently influenced urbanization in most of mainland Southeast Asia. These earliest Buddhist city-states played a seminal role in the process of transmitting the literary, architectural and ritual traditions of Pali-based Buddhism to other societies in the sub-region where they continue to be practiced up to the present.

Halin, Beikthano and Sri Ksetra together as a Serial Property jointly testify to the several aspects of the development of this new model of urban settlement for the Southeast Asian region. Together the three cities provide evidence for the entire sequence and range of Pyu urban transformation from ca. 2nd century BCE to the 9th century CE, Buddhist monastic communities, distinctive mortuary practice, skilful water management, and long distant trade.  At all three Pyu Ancient City sites, the irrigated landscape of the Pyu era is still impacting on the rural livelihoods of the modern population, while the religious monuments continue to be venerated by Buddhist pilgrims from throughout the region.

Criterion (ii): Due to interaction between indigenous Pyu societies with Indic cultures from the 2nd century BCE, Buddhism achieved its first permanent foothold in Southeast Asia among the Pyu cities, where it was embraced by all classes of society from the ruling elite to agrarian labourers. Marked by imposing memorial stupas and other sophisticated forms of brick ritual structures, the Pyu Ancient Cities provide the earliest evidence of the emergence of these innovative architectural forms in the region, some of which have no known prototypes. The development of Pyu Buddhist urban culture had widespread and enduring impact throughout Southeast Asia, providing stimulus for later state formation after the 5th century CE following the onward transmission of Buddhist teaching and monastic practice into other parts of mainland Southeast Asia.

Criterion (iii): The Pyu Ancient Cities marked the emergence of the first historically-documented Buddhist urban civilization in Southeast Asia. The establishment of literate Buddhist monastic communities arose in tandem with the re-organization of agricultural production, based on expert management of seasonally-scarce water resources and the specialized production of manufactured goods in terracotta, iron, gold, silver and semi-precious stones both for veneration and for trade. Buddhism underpinned the construction of religious monuments in brick through royal and common public patronage, marked by the shift to permanent materials from earlier timber building techniques. The Pyu developed unique mortuary practices using burial urns to store cremated remains in communal funerary structures. Trading networks linked the Pyu ancient cities with commercial centres in Southeast Asia, China and India. Through this network Buddhist missionaries carried their Pali-based teaching into other areas of mainland Southeast Asia.

Criterion (iv): Technological innovations in resource management, agriculture and manufacturing of brick and iron at the Pyu Ancient Cities created the preconditions leading to significant advances in urban planning and building construction. These innovations resulted in the rise of the three earliest, largest, and most long-lived Buddhist urban settlements in all of Southeast Asia.  The Pyu cities’ urban morphology set a new template of extended urban format characterized by massive gated walls surrounded by moats; a network of roads and canals linking urban space within the walls with extensive areas of extramural development, containing civic amenities, monumental religious structures defined by towering stupas and sacred water bodies. At or near the centre of each ancient city was an administrative compound containing the palace marking the cosmic hub of the Pyu political and social universe.

The Pyu Ancient Cities are archaeologically intact, as seen in the standing monuments, the in-situ structural remains, the undisturbed unexcavated remains and the still functioning agrarian terrain. The urban footprint of each city, demarcated by the well-preserved moated city walls, remains highly legible two millennia after their initial construction. The boundaries contain the key attributes of outstanding universal value, including a representative sample of the extensive irrigated landscape that supported the cities. The completeness and reliability of dated archaeological sequences from the site, with the radiocarbon dates derived from intact architectural features dating back to 190 BCE, provide scientific proof of the entire one-thousand year period of occupation of the cities, and reinforces palaeographic dates provided by inscriptions in Pyu script on artifacts excavated at the site. The landscape engineering of the three cities also remains largely intact with the manmade structures such as canals and water tanks remaining in continuing use for on-going agricultural processes.

The authenticity of the Pyu Ancient Cities is to be found in the architectural form and design of unaltered and still-standing monumental structures and urban precincts; a continuous tradition of the use and function of property’s sites of Buddhist veneration; enduring traditions and techniques of agricultural and production management systems, the origins of which are visible in the historic landscape and which continue to be practiced among the local community; the original location and setting of the cities as verified by archaeological research and which remains largely unchanged since the end of historic urbanized settlement 1,000 years ago; the materials and substance of the excavated artefacts from the sites, sourced locally and manufactured on-site, and the spirit and feeling of the three ancient cities which throughout the history of Myanmar and until the present day continues to inspire veneration and pilgrimage.

Formal measures for the legal protection and administrative management of the Pyu Ancient Cities have been institutionalized at central government, regional, district, and township levels. The Department of Archaeology and National Museum (DANM) of the Ministry of Culture has the primary responsibility for all aspects of protection and management of the three Pyu Ancient Cities. The sites were first gazetted as protected areas under the Ancient Monuments Preservation Act (1904) of British India.  Their protected status has been continued and extended by Myanmar national legislation, including: the Antiquities Act 1957 (Amended 1962), the Law on the Protection and Preservation of Cultural Heritage Regions 1998 (Amended 2009) and the Rules and Regulations of the Cultural Heritage Region Law 2011.

To ensure coordinated implementation of the provisions of the applicable laws at national and local levels, a number of mechanisms have been established. At the national level, there is the Central Committee for Myanmar National Heritage and the Myanmar National Committee for World Heritage. At the site level, to ensure the coordinated protection and management of the three ancient city sites, as well as to integrate the property’s conservation into local development planning, a Pyu Ancient Cities Coordinating Committee (PYUCOM) has been established.  The PYUCOM is central to the property management framework and is a key element of the Property Management Plan helping to ensure that local traditional systems are acknowledged and incorporated into the day-to-day management.  At each of the sites, PYUCOM convenes local consultative groups that bring together the concerns of multiple stakeholders: regional authorities, local government, village representatives and the sangha (monk body).

A Property Management Plan, endorsed by the PYUCOM, was approved by the Ministry of Culture on 18 January 2013.  Time-bound action plans provide the framework for the implementation of the provisions of the Property Management Plan.  The Property Management Plan is strengthened in some specific areas by the on-going development of auxiliary plans such as those for risk preparedness, visitor management, capacity building for conservation, site interpretation, local community development and regulation of urban use and development.   The excavated and exposed archaeological remains, in particular the burial sites and hydrological landscape features, require continued and, in some cases, enhanced conservation. 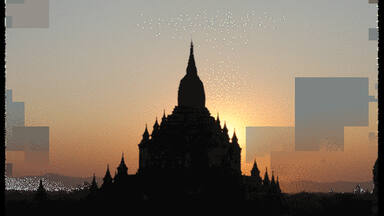