The Grand Canal is a vast waterway system in the north-eastern and central-eastern plains of China, running from Beijing in the north to Zhejiang province in the south. Constructed in sections from the 5th century BC onwards, it was conceived as a unified means of communication for the Empire for the first time in the 7th century AD (Sui dynasty). This led to a series of gigantic construction sites, creating the world’s largest and most extensive civil engineering project prior to the Industrial Revolution. It formed the backbone of the Empire’s inland communication system, transporting grain and strategic raw materials, and supplying rice to feed the population. By the 13th century it consisted of more than 2,000 km of artificial waterways, linking five of China’s main river basins. It has played an important role in ensuring the country’s economic prosperity and stability and is still in use today as a major means of communication. 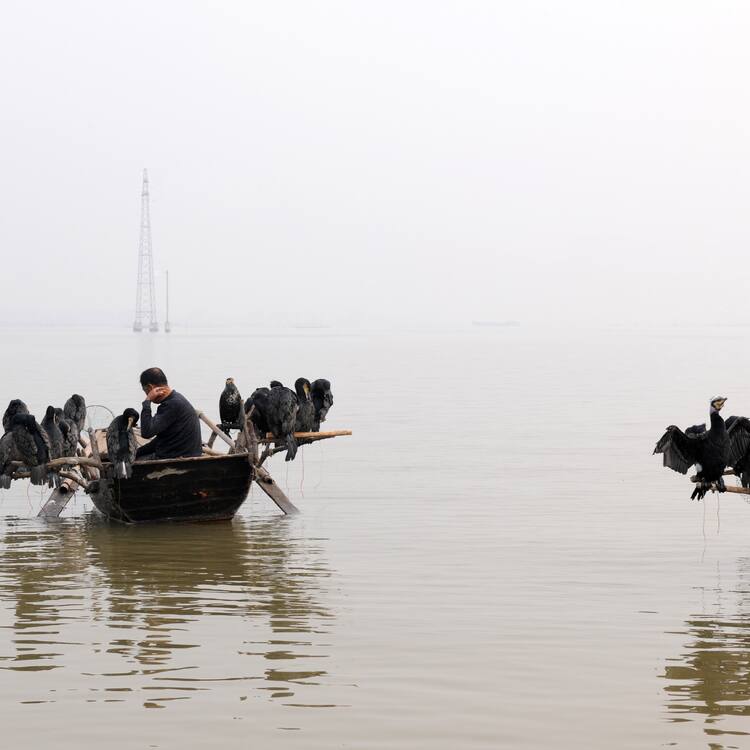 The Grand Canal forms a vast inland waterway system in the north-eastern and central eastern plains of China, passing through eight of the country’s present-day provinces. It runs from the capital Beijing in the north to Zhejiang Province in the south. Constructed in sections from the 5th century BC onwards, it was conceived as a unified means of communication for the Empire for the first time in the 7th century AD (Sui Dynasty). This led to a series of gigantic worksites, creating the world’s largest and most extensive civil engineering project ensemble prior to the Industrial Revolution. Completed and maintained by successive dynasties, it formed the backbone of the Empire’s inland communications system. Its management was made possible over a long period by means of the Caoyun system, the imperial monopoly for the transport of grain and strategic raw materials, and for the taxation and control of traffic. The system enabled the supply of rice to feed the population, the unified administration of the territory, and the transport of troops. The Grand Canal reached a new peak in the 13th century (Yuan Dynasty), providing a unified inland navigation network consisting of more than 2,000 km of artificial waterways, linking five of the most important river basins in China, including the Yellow River and the Yangtze. Still a major means of internal communication today, it has played an important role in ensuring the economic prosperity and stability of China over the ages.

Criterion (i): The Grand Canal represents the greatest masterpiece of hydraulic engineering in the history of mankind, because of its very ancient origins and its vast scale, along with its continuous development and its adaptation to circumstances down the ages. It provides tangible proof of human wisdom, determination and courage. It is an outstanding example of human creativity, demonstrating technical capabilities and a mastery of hydrology in a vast agricultural empire that stems directly from Ancient China.

Criterion (iii): The Grand Canal bears witness to the unique cultural tradition of canal management via the Caoyun system, its genesis, its flourishing, and its adaptations to the various dynasties and their successive capitals, and then its disappearance in the 20th century. It consisted of an imperial monopoly of the transport and storage of grain, salt and iron, and a taxation system. It contributed to the fundamental link between the peasant economy, the imperial court and the supply of food to the population and troops. It was a factor of stability for the Chinese Empire down the ages. The economic and urban development along the course of the Grand Canal bears witness to the functioning core of a great agricultural civilisation, and to the decisive role played in this respect by the development of waterway networks.

Criterion (iv): The Grand Canal is the longest and oldest canal in the world. It bears witness to a remarkable and early development of hydraulic engineering. It is an essential technological achievement dating from before the Industrial Revolution. It is a benchmark in terms of dealing with difficult natural conditions, as is reflected in the many constructions that are fully adapted to the diversity and complexity of circumstances. It fully demonstrates the technical capabilities of Eastern civilisations. The Grand Canal includes important, innovative and particularly early examples of hydraulic techniques. It also bears witness to specific know-how in the construction of dykes, weirs and bridges, and to the original and sophisticated use of materials, such as stone and rammed-earth, and the use of mixed materials (such as clay and straw).

Criterion (vi): Ever since the 7th century and through successive Chinese dynasties up to modern-day China, the Grand Canal has been a powerful factor of economic and political unification, and a place of major cultural interchanges. It has created and maintained ways of life and a culture that is specific to the people who live along the canal, whose effects have been felt by a large proportion of China’s territory and population over a long historical period. The Grand Canal is a demonstration of the ancient Chinese philosophical concept of the Great Unity, and was an essential element in the unity, complementarity and consolidation of the great agricultural empire of China down the ages.

The canal sections, the remains of hydraulic facilities, and the associated complementary and urban facilities satisfactorily and comprehensibly embody the route of the Grand Canal, its hydraulic functioning in conjunction with the natural rivers and lakes, the operation of its management system and the context of its historic uses. The geographic distribution of these attributes is sufficient to indicate the dimensions, geographic distribution of the routes, and the major historic role played by the Grand Canal in the domestic history of China. Of the 85 individual elements forming the serial property, 71 are considered to be appropriately preserved and in a state of complete integrity, with 14 in a state of lesser integrity. However, the inclusion of recently excavated archaeological elements means that it is not always possible to properly judge their contribution to the overall understanding of the Grand Canal, particularly in terms of technical operation. Furthermore, a paradoxical situation arises for the property: on the one hand, the repetitive succession of long sections of canal does not seem to make a decisive contribution to the Outstanding Universal Value; on the other hand, the continuity of the course of the canal across China, and the continuity of its hydraulic systems, is not well highlighted by a discontinuous series. In conclusion, the power, complementarity and scale of testimony provided mean that the conditions of integrity of the individual sites forming the series are considered to have been met.

All the elements of the Grand Canal presented in the serial property are of satisfactory authenticity in terms of their forms and conceptions, construction materials and location. They appropriately support and express the values of the property. The functions of use in particular are present and easily recognisable in most of the elements. As an overall organisational structure, the Grand Canal sites also express great authenticity in terms of appearance and the feelings they generate in the visitor. There are however two difficulties in the presentation of the property. The first relates to the very history of certain sections of the Grand Canal and the successive dredging, deepening and widening operations they have undergone, along with the technological alterations made to associated facilities. Some of the sections presented have clearly been recently rebuilt, either in the same bed, or alongside the earlier course. The second concerns the landscapes of certain urban or suburban sections of the canal, once again from the viewpoint of a historic canal whose elements are supposed to represent the long history of China. Despite a certain number of reservations, particularly for perceived historical authenticity and the landscape authenticity of certain sections of a heritage which is moreover living and still in use, the conditions of authenticity of the series as a whole and of the individual sites have been met.

In 2008, the List of the six key examples of the cultural heritage of China was promulgated, and includes 18 sections and 49 elements of the Grand Canal. This recognition by the Council of State gives these sites priority in protection terms. However, the legal protection in place requires various improvements and extensions. It is necessary to systematically widen the protection of the banks to include immediately adjacent elements, by extending the buffer zones along the canal.

The state of conservation is generally good, and a determined and diversified conservation policy has been carried out, to its benefit. However, greater attention should be given to: setting archaeological findings into a more critical perspective, clarifying which historical periods are actually represented by sections of the canal, and increasing the efforts made in environmental and landscape conservation.

The management system is based on several levels of responsibility. At national level, under the auspices of the State Council, the coordination of the property’s management is in the hands of the Inter-Provincial and Ministerial Consultation Group for the conservation of the Grand Canal. The group is made up of the governments of the six provinces and of the two cities with provincial status, the State Administration of Cultural Heritage (SACH), the Water Distribution Office, the Ministry of Water Resources and the other ministerial departments concerned.

The Master Plan is divided into 35 sector conservation plans, all of which have been promulgated and are being applied, up to 2030.  The 2013-2015 Management Plan has led to the fine tuning of protection levels, the improvement and reinforcement of conservation, the enrichment and standardisation of management measures, the precise definition and harmonisation of buffer zone protection, and the development of short-term action plans to improve knowledge of the property.