The four sites of the property form a strip 170 km long by 3–15 km wide, crossing Belgium from east to west, consisting of the best-preserved 19th- and 20th-century coal-mining sites of the country. It features examples of the utopian architecture from the early periods of the industrial era in Europe within a highly integrated, industrial and urban ensemble, notably the Grand-Hornu colliery and workers’ city designed by Bruno Renard in the first half of the 19th century. Bois-du-Luc includes numerous buildings erected from 1838 to 1909 and one of Europe’s oldest collieries dating back to the late 17th century. While Wallonia had hundreds of collieries, most have lost their infrastructure, while the four components of the listed site retain a high measure of integrity. 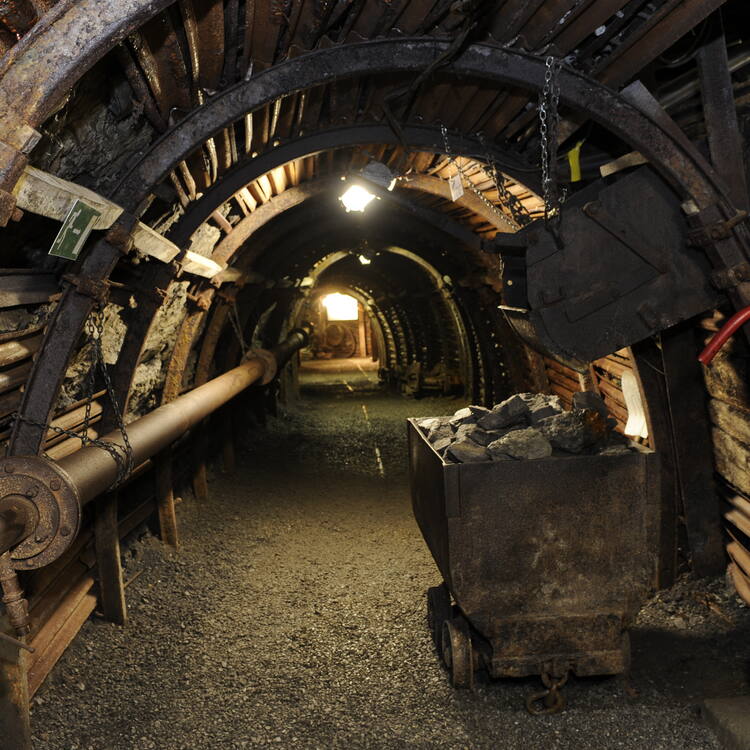 The Grand-Hornu, Bois-du-Luc, Bois du Cazier and Blegny-Mine sites represent the best preserved places of coal mining in Belgium, from the early 19th to the second half of the 20th centuries. The Walloon Coal Basin is one of the oldest, and most emblematic of the industrial revolution, on the European continent. The four sites include numerous technical and industrial remains, relating to both the surface and the underground coal mining industry, the industrial architecture associated with the mines, worker housing, mining town urban planning and the social and human values associated with their history, in particular the memory of the Bois du Cazier disaster (1956).

Criterion (ii): Among the earliest and largest in Europe, the four Walloon coalmines are testimony to the early dissemination of the technical, social and urban innovations of the industrial revolution. They then played a major exemplary role on the technical and social levels through to recent times. Finally, they are one of the most important sites of interculturalism arising out of mass industry through the participation of workers from other regions of Belgium, Europe and later Africa.

Criterion (iv): The ensemble of the four Walloon mining sites provides an eminent and complete example of the world of industrial mining in continental Europe, at various stages of the industrial revolution. It bears significant testimony to its industrial and technological components, its urban and architectural choices, and its social values, especially following the Bois-du-Cazier disaster (1956).

The series’ components have been selected for the quality, diversity and wealth of the testimonies they provide. Each expresses an original and complementary dimension of the serial property’s overall value, and each has the necessary components demonstrating sufficient integrity for an intelligible expression of this overall value.

The authenticity of the individual components of the serial property varies somewhat depending on the component considered and depending on all the property’s sites, but it achieves a satisfactory level overall. The programmes announced for the renovation of certain components, such as the Grand-Hornu workers’ city, should favourably restore the conditions of authenticity for this property. Nonetheless, an overarching conservation plan would be welcomed to ensure the authenticity of this serial property is lastingly maintained.

Overall, the protection measures for the sites are adequate. Guarantees have been provided for the sound management of the urban and rural buffer zones through local town planning or sector plans, implementing the general provisions of the Development Code for the environment of the listed monuments and sites.

Starting from the addition of sites with separate management and conservation systems, the serial property has recently acquired a permanent overarching body that is operating effectively: the overarching Coordination Group. The scientific capacities of this group must be strengthened and the programmes and actions coordinated to achieve a level of management and conservation compliant with that of a property with recognised Outstanding Universal Value.