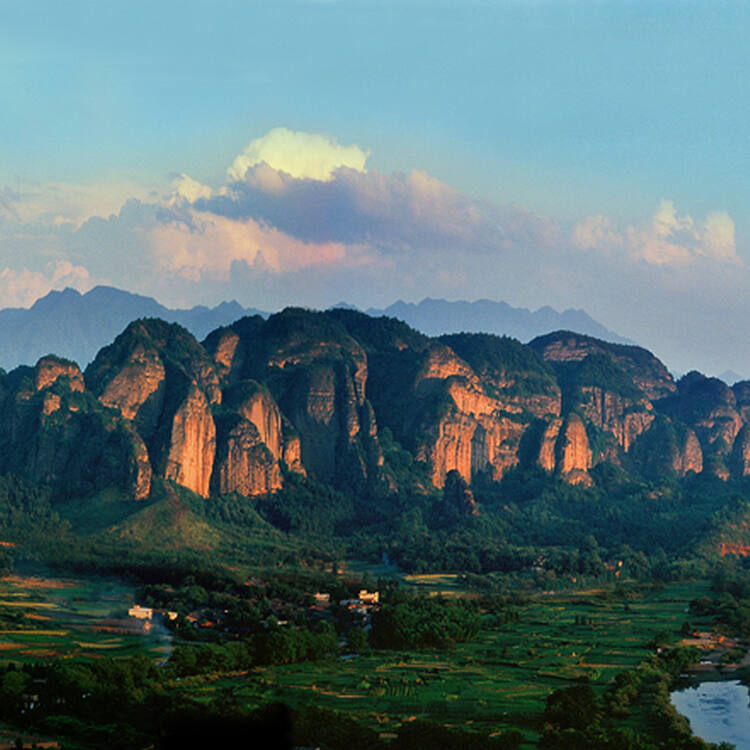 China Danxia is a serial property comprising six component parts (Chishui, Taining, Langshan, Danxiashan, Longhushan, and Jianglangshan) found in the sub-tropical zone of south-eastern China within approximately 1700 km crescent shaped arc from Guizhou Province in the west to Zhejiang Province in the east.

China Danxia is the name given in China to landscapes developed on continental red terrigenous sedimentary beds influenced by endogenous forces (including uplift) and exogenous forces (including weathering and erosion). It is characterised by spectacular red cliffs and a range of erosional landforms, including dramatic natural pillars, towers, ravines, valleys and waterfalls. The process of its development is characterised by a particular rock sequence, tectonic background, climatic conditions, erosional processes and landforms and these processes have been presented as an interim model.

Due to the combined endogenic (tectonic uplift) and exogenic (climatic, erosion, weathering) forces, and other factors, the Danxia landforms have been developed in red sedimentary sequences continuously from the Neogene until the present.  The six component parts represent the most important examples of "least eroded" to "most eroded" Danxia landforms, providing a range of different aspects of the phenomenon, and illustrate both the range of landforms in relation to the forces and processes that formed them, together with a range of associated landscapes.

Criterion (vii): China Danxia is an impressive and unique landscape of great natural beauty. The reddish conglomerate and sandstone that form this landscape of exceptional natural beauty have been shaped into spectacular peaks, pillars, cliffs and imposing gorges. Together with the contrasting forests, winding rivers and majestic waterfalls, China Danxia presents a significant natural phenomenon.

Criterion (viii): China Danxia contains a wide variety of well developed red-beds landforms such as peaks, towers, mesas, cuestas, cliffs, valleys, caves and arches. Being shaped by both endogenous forces (including uplift) and exogenous forces (including weathering and erosion), China Danxia provides a range of different aspects of the phenomenon of physical landscape developed from continental (terrestrial) reddish conglomerate and sandstone in a warm, humid monsoon climate, illustrating both the range of landforms in relation to the forces and processes that formed them. The component parts represent the best examples of "least eroded" to "most eroded" Danxia landforms, displaying a clear landform sequence from "young" through "mature" to "old age", and with each component site displaying characteristic geomorphologic features of a given stage.

China Danxia satisfies the requirements of integrity. The property encompasses substantial elements of sufficient size to reflect the natural beauty and earth science values of Danxia landform from young stage through mature stage and to old stage. The boundaries of the China Danxia are adequate in relation to the nominated earth science and aesthetic values, and the buffer zone boundaries are also clearly defined. The level of management commitment appears adequate to the main challenges and threats that could face the property.

The property is state owned and its protected status varies between the six component parts: most have national park status, though land status also includes national nature reserve, national forest, and geopark. Each one of the six component parts is protected under relative laws and regulations at both national, provincial and local levels, which ensure the adequate long-term legislative, regulatory, institutional and traditional protection of the outstanding universal values.

Efficient management systems at different levels have been built with enough qualified staff in China Danxia areas. Planning for the serial property is advanced. An integrated management plan has been prepared for the property as a whole, as well as individual plans for the six areas in the series. These plans identify a clear rationale for management and mechanisms for the protection of the property. Research and adaptive management techniques, including baseline condition assessment and monitoring of change for both natural values and species have been established. Local communities are aware of the World Heritage nomination and all stakeholders are also very supportive of the World Heritage proposal, which ensures the long-term management. 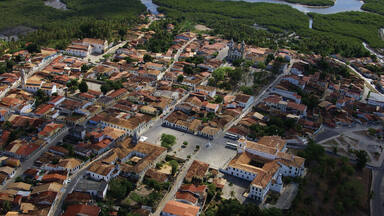