The List Longobards in Italy. Places of the Power ...
Print

The Longobards in Italy, Places of Power, 568 - 774 A.D. comprises seven groups of important buildings (including fortresses, churches, and monasteries) throughout the Italian Peninsula. They testify to the high achievement of the Lombards, who migrated from northern Europe and developed their own specific culture in Italy where they ruled over vast territories in the 6th to 8th centuries. The Lombards synthesis of architectural styles marked the transition from Antiquity to the European Middle Ages, drawing on the heritage of Ancient Rome, Christian spirituality, Byzantine influence and Germanic northern Europe. The serial property testifies to the Lombards' major role in the spiritual and cultural development of Medieval European Christianity, notably by bolstering the monastic movement. 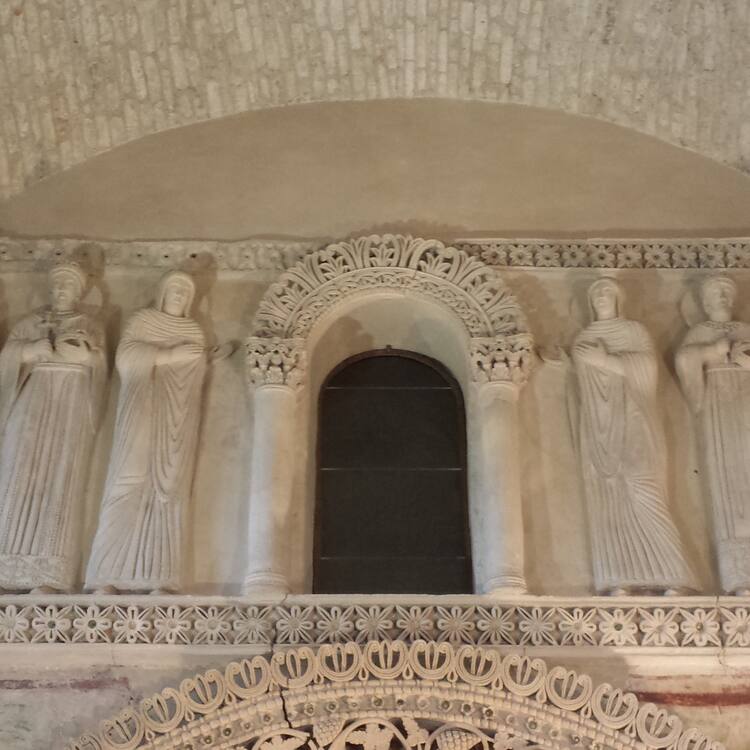 The serial property represents the quintessence of the remaining built and artistic heritage of the Lombards in Italy today. A people of Germanic origin, having settled and converted to Christianity, the Lombards assimilated the material and cultural values inherited from the end of the Roman world. Also in contact with Byzantine, Hellenistic and Middle Eastern influences, the Lombards achieved a cultural, architectural and artistic synthesis, unique in terms of its monumental and stylistic diversity and the various secular and religious uses. It is one of the main roots of the beginnings of the medieval European world and the establishment of Western Christianity.

Criterion (ii): The Lombard monuments are an exemplary testimony to the cultural and artistic synthesis that occurred in Italy in the 6th to the 8th centuries, between the Roman heritage, Christian spirituality, Byzantine influence and the values derived from the Germanic world. They paved the way for and heralded the flowering of Carolingian culture and artistry.

Criterion (iii): The Lombard places of the power express remarkable new artistic and monumental forms, testifying to a Lombard culture characteristic of the European High Middle Ages. It takes the form of a clearly identifiable and unique cultural ensemble, the many languages and objectives of which express the power of the Lombard elite.

Criterion (vi): The place of the Lombards and their heritage in the spiritual and cultural structures of medieval European Christianity is very important. They considerably reinforced the monastic movement and contributed to the establishment of a forerunner venue for the great pilgrimages, in Monte Sant'Angelo, with the spread of the worship of St Michael. They also played an important role in the transmission of literary, technical, architectural, scientific, historical and legal works from Antiquity to the nascent European world.

The sites meet the conditions of integrity, in particular as regards the serial justification. The application of rigorous selection criteria has led to the exclusion of the ancient Lombard royal capitals and the imposition of strict boundaries. Nonetheless, the sites include all the elements required to express the series' Outstanding Universal Value, notably through the adequate state of conservation of its components.

The conditions of authenticity of the monumental, decorative and epigraphic elements presented are adequate. They are accompanied by detailed architectural, artistic, archaeological and historical documentation that justifies both their selection and their authenticity.

All the nominated sites benefit from the highest level of legal protection, established by the Legislative Decree No 42 of 22 January 2004 (Codice dei beni culturali e del paesaggio).  It is a complex property with many of its important components being intrinsically fragile and delicate to conserve, such as the archaeological remains, paintings and stucco. Nonetheless, adequate conservation measures are implemented by the State Party.

There is a specific management system for each of the seven properties, in relation to their ownership, comprising many and varied stakeholders. The Italia Langobardorum association network has become an overarching authority able to harmonise and monitor the series. The Management Plan includes a very comprehensive range of projects. Nonetheless, they need to be prioritised in terms of the lasting conservation of the properties and the environmental expression of their outstanding value. In addition to the natural seismic and river erosion risks present at certain sites, tourism development pressure could threaten those components of the property most susceptible to human presence.