The property includes a selection of eleven penal sites, among the thousands established by the British Empire on Australian soil in the 18th and 19th centuries. The sites are spread across Australia, from Fremantle in Western Australia to Kingston and Arthur's Vale on Norfolk Island in the east; and from areas around Sydney in New South Wales in the north, to sites located in Tasmania in the south. Around 166,000 men, women and children were sent to Australia over 80 years between 1787 and 1868, condemned by British justice to transportation to the convict colonies. Each of the sites had a specific purpose, in terms both of punitive imprisonment and of rehabilitation through forced labour to help build the colony. The Australian Convict Sites presents the best surviving examples of large-scale convict transportation and the colonial expansion of European powers through the presence and labour of convicts. 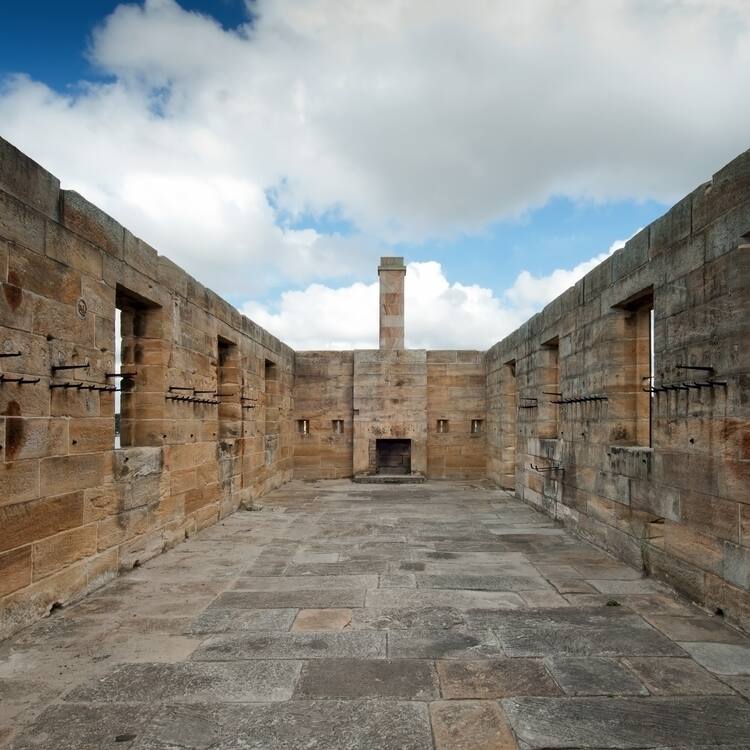 The property consists of eleven complementary sites. It constitutes an outstanding and large-scale example of the forced migration of convicts, who were condemned to transportation to distant colonies of the British Empire; the same method was also used by other colonial states.

The sites illustrate the different types of convict settlement organized to serve the colonial development project by means of buildings, ports, infrastructure, the extraction of resources, etc. They illustrate the living conditions of the convicts, who were condemned to transportation far from their homes, deprived of freedom, and subjected to forced labour.

This transportation and associated forced labour was implemented on a large scale, both for criminals and for people convicted for relatively minor offences, as well as for expressing certain opinions or being political opponents. The penalty of transportation to Australia also applied to women and children from the age of nine. The convict stations are testimony to a legal form of punishment that dominated in the 18th and 19th centuries in the large European colonial states, at the same time as and after the abolition of slavery.

The property shows the various forms that the convict settlements took, closely reflecting the discussions and beliefs about the punishment of crime in 18th and 19th century Europe, both in terms of its exemplarity and the harshness of the punishment used as a deterrent, and of the aim of social rehabilitation through labour and discipline. They influenced the emergence of a penal model in Europe and America.

Within the colonial system established in Australia, the convict settlements simultaneously led to the Aboriginal population being forced back into the less fertile hinterland, and to the creation of a significant source of population of European origin.

Criterion (iv): The Australian convict sites constitute an outstanding example of the way in which conventional forced labour and national prison systems were transformed, in major European nations in the 18th and 19th centuries, into a system of deportation and forced labour forming part of the British Empire’s vast colonial project. They illustrate the variety of the creation of penal colonies to serve the many material needs created by the development of a new territory. They bear witness to a penitentiary system which had many objectives, ranging from severe punishment used as a deterrent to forced labour for men, women and children, and the rehabilitation of the convicts through labour and discipline.

Criterion (vi): The transportation of criminals, delinquents, and political prisoners to colonial lands by the great nation states between the 18th and 20th centuries is an important aspect of human history, especially with regard to its penal, political and colonial dimensions. The Australian convict settlements provide a particularly complete example of this history and the associated symbolic values derived from discussions in modern and contemporary European society. They illustrate an active phase in the occupation of colonial lands to the detriment of the Aboriginal peoples, and the process of creating a colonial population of European origin through the dialectic of punishment and transportation followed by forced labour and social rehabilitation to the eventual social integration of convicts as settlers.

The structural and landscape integrity of the property varies depending on the site, and on the type of evidence considered. It has been affected by local history, at times marked by reuse or lengthy periods of abandonment. The integrity varies between well preserved groups and others where it might be described as fragmentary. Apart from certain visual perspectives in urban settings, the level of the property’s integrity is well controlled by the site management plans.

Despite the inevitable complexity of a nomination made up of a series of eleven separate sites with more than 200 elements that convey the value of the property, the authenticity of the vast majority of them is good.

All the sites forming the property are inscribed on the National Heritage List. They are also protected by the Environment Protection and Biodiversity Conservation Act 1999.

There is no direct major threat to the sites forming the serial property.

The general protection and management of the property are satisfactory. Conservation is articulated around a positive dynamic driven by the application of the conservation plans at each of the sites. The Brickendon and Woolmers Estate domains are an exception, and require ongoing assistance, both in terms of protection and conservation.

The management systems of the sites forming the property are appropriate, and they are adequately coordinated by the Strategic Management Framework for the property and its Steering Committee. For the sites involving the participation of private stakeholders for visitor reception, improved interpretation is however necessary; that includes the common objectives outlined in the Strategic Management Framework. It is also important to consider visitor reception facilities and their development in a way which respects the landscape conservation of the sites.