An exceptional example of a sustainable and productive cultural landscape that is unique and representative of a tradition that is a strong symbol for coffee growing areas worldwide - encompasses six farming landscapes, which include 18 urban centres on the foothills of the western and central ranges of the Cordillera de los Andes in the west of the country. It reflects a centennial tradition of coffee growing in small plots in the high forest and the way farmers have adapted cultivation to difficult mountain conditions. The urban areas, mainly situated on the relatively flat tops of hills above sloping coffee fields, are characterized by the architecture of the Antioquian colonization with Spanish influence. Building materials were, and remain in some areas, cob and pleated cane for the walls with clay tiles for the roofs. 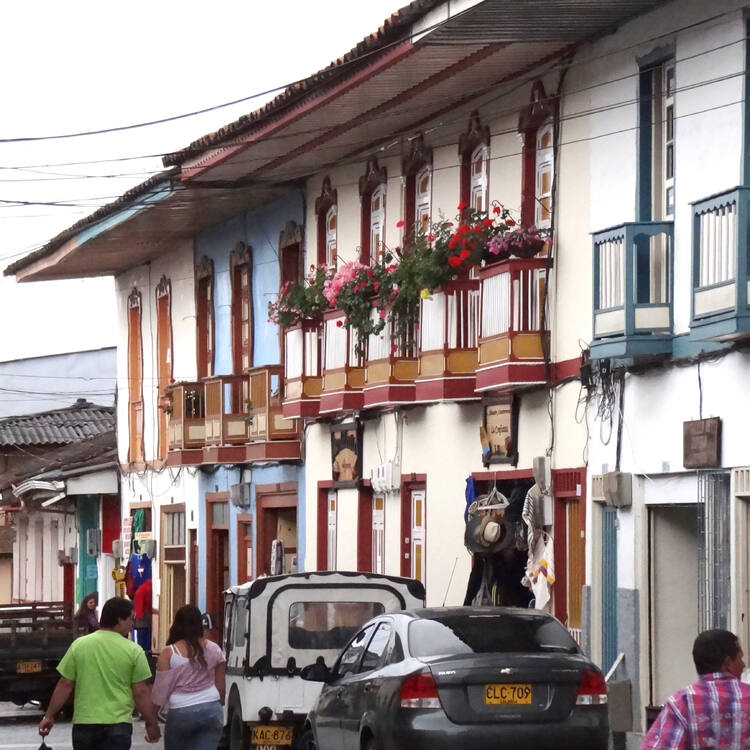 The Coffee Cultural Landscape of Colombia (CCLC) is a continuing productive landscape consisting of a series of six sites, which integrate eighteen urban settlements. The property illustrates natural, economic and cultural features, combined in a mountainous area with collaboratively farmed coffee plantations, some of these in clearings of high forest.

The CCLC is the result of the adaptation process of Antioquian settlers, who arrived in the 19th century, a process which persists to this day and has created an economy and culture deeply rooted in the coffee production tradition. Coffee farms are located on steep mountains ranges with vertiginous slopes of over 25% (55 degrees), characteristic to the challenging coffee terrain. These unusual geographic features also affect the small orthogonal plot layouts, and influence the architectural typology, lifestyle and land-use techniques of the cafeteros (coffee farmers). The distinctive way of life of the cafeteros is based on legacies that have been passed down from generation to generation, and is linked to their traditional landownership and the distinctive small farm production system.

The typical architecture in the urban settlements is a fusion between the Spanish cultural patterns and the indigenous culture of the region adapted as well to the coffee growing process, through for example their sliding roofs. Houses function as both dwelling units and centers of economic activity, with walls built in the traditional, more flexible and dynamic ‘bahareque’ constructive system, and covered by a layer of bamboo well known for its resistance and malleability. Over fifty percent of the walls are still built using this traditional method.

Criterion (v): The CCLC is an outstanding example of continuing land-use, in which the collective effort of several generations of campesino families generated innovative management practices of natural resources in extraordinarily challenging geographical conditions. The strong community focus on coffee production in all aspects of life produced an unparalleled cultural identity, which finds its physical expression in the cultural patterns and materials used for coffee farming as well as the urban settlements.

Criterion (vi): The coffee tradition is the most representative symbol of national culture in Colombia, for which Colombia has gained worldwide recognition. In the CCLC this coffee culture has led to rich tangible and intangible manifestations in the territory, with a unique legacy, included in, but not limited to, the harmonious integration of the productive process in the social organization and housing typology, and communicated though associated local traditions and costumes, such as the sombrero aguadeño – a traditional type of hat – and the raw hide shoulder bag, still used by the coffee producers.

The six site components of the CCLC are located in what is known as the Eje Cafetero, or coffee growing axis, a region that is characterized by the social and cultural characteristics of the coffee landscape and production. The site components of the property provide localized glimpses into production activities and landscape features, which equally dominate the wider setting and region. To facilitate the understanding of this exceptional landscape, the property’s elements of social adaptation to a unique use of land, and the development of highly specific cultural and social traditions in both agricultural practices and arrangement of settlements, contribute to the complete image of a continuing, productive and living landscape. The continuity of traditional small plot coffee farming, often run in family units, and the strong linkages to the associated cultural traditions contribute to the integrity, but are vulnerable to fluctuations in the international coffee market prices and resulting economic pressures. The integrity of the property would also be negatively affected by gold mining activities.

The Coffee Cultural Landscape of Colombia is an authentic reflection of a centenary process of man’s adaptation to challenging geographical and climatic conditions of this area, known as the Eje Cafetero. The CCLC contains very few contemporary incongruous additions to its traditional architectural and landscape patterns, and no substantial modifications to the small towns located in the property as well as in the buffer zone. Aspects such as traditions, language and other forms of intangible heritage, have been preserved, mostly by owners and the local community, who have a high sense of social appropriation of their cultural heritage.

The management of the CCLC is coordinated by a management committee, which was established by the Ministry of Culture, the Colombian Coffee Growers Federation (FNC), the Governors of Caldas, Quindío, Risaralda and Valle or their delegates, representatives of the Coffee Growers and universities. An Executive Director was appointed to oversee the implementation of the management system, which is guided by a management plan, developed with the support of the Centre for Regional, Coffee and Business Studies (CRECE).

Within the management framework, strong emphasis is given to the economic and social well-being of the inhabitants and coffee farmers, their appropriation of the cultural heritage, and environmental sustainability of the coffee production in the living cultural landscape. Although the management plan does address some of the predominant pressures, including inappropriate development, gold mining, changes to local farming traditions through inappropriate use of pesticides, fertilizers, waste-water processing and soil erosion, the respective land use plans yet need to be integrated with and adjusted to the management plan objectives and additional legislation is required for the semi-urban and rural area traditional buildings, which contribute to the significance of the CCLC. 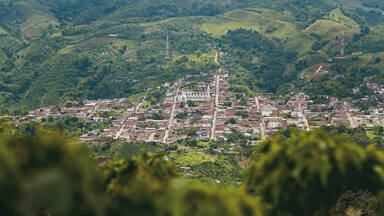 Exploration of hydrocarbons has been suspended on the Coffee Cultural Landscape, Colombia.
2 March 2012