The property includes several group and individual tombs - totalling about 30 individual tombs - from the later period of the Koguryo Kingdom, one of the strongest kingdoms in nowadays northeast China and half of the Korean peninsula between the 3rd century BC to 7th century AD. The tombs, many with beautiful wall paintings, are almost the only remains of this culture. Only about 90 out of more than 10,000 Koguryo tombs discovered in China and Korea so far, have wall paintings. Almost half of these tombs are located on this site and they are thought to have been made for the burial of kings, members of the royal family and the aristocracy. These paintings offer a unique testimony to daily life of this period. 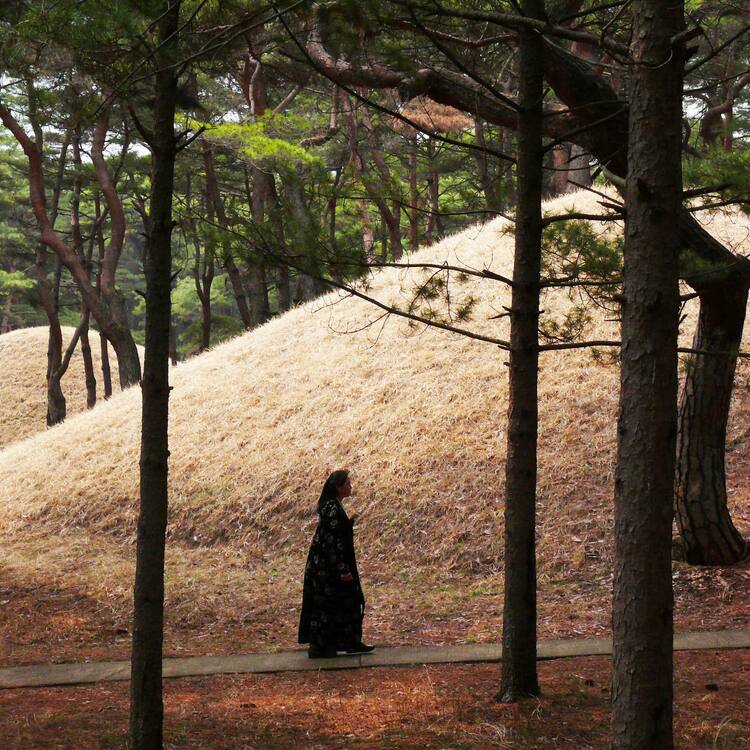 Complex of Koguryo tombs © OUR PLACE The World Heritage Collection

Koguryo was one of the strongest kingdoms in northeast China and half of the Korean peninsula between the 3rd century BC and the 7th century AD. The best known cultural heritage remains of this kingdom are the tombs, built of stone and covered by stone or earthen mounds. These tombs, from the middle period of the kingdom, many with beautiful wall paintings, are the representative remains of this culture. About 100 out of more than 10,000 Koguryo tombs discovered in Democratic People’s Republic of Korea and China to date are decorated with wall paintings, some 80 of which are in the Democratic People’s Republic of Korea. Among the Koguryo tombs identified in Democratic People’s Republic of Korea, 63 individual tombs including 16 tombs with wall paintings are included in the inscribed property.

The Complex of Koguryo Tombs is a serial property and includes several groups and individual tombs situated mainly at the foot of mountains and some in villages. Located in Pyongyang and surrounding provinces, the tombs are thought to have been made for the burial of kings, members of the royal family and the aristocracy.

There are several types of tombs included in the property, based on the number of burial chambers – single chamber, two chambers, and multi-chambers with side chambers. They represent the full range of the Koguryo tomb typology and showcase the best examples of this construction technology. The tombs are monumental, stone-chambered earthen mounds that were skillfully constructed with ingenious ceiling designs to support the heavy weight above. The technology employed represented a unique, creative and long-sought engineering solution to the technical problems posed by underground tomb construction.

The wall paintings constitute masterpieces of the art of wall painting. The subject matter of the wall paintings of the tombs offers unique evidence of the richness and complexity of the now-vanished Koguryo culture, portraying the costumes, food, residential life and burial customs, as well as religious practices and imagery associated with Buddhism, Taoism and the Four Deities.

The Complex of Koguryo Tombs represents an exceptional testimony to the Koguryo culture, its burial customs, daily life and beliefs. The special burial customs of this culture had an important influence on other cultures in the region, including those of Japan.

Criterion (i): The wall paintings of the Koguryo tombs are masterpieces of the culture and period of the Koguryo kingdom; the construction of the tombs demonstrates ingenious engineering solutions.

Criterion (ii): The special burial customs of the Koguryo culture had an important influence on other cultures in the region, including Japan.

Criterion (iii): The Koguryo tombs are an exceptional testimony of the Koguryo culture, its burial customs as well as its daily life and beliefs.

Criterion (iv): The Complex of Koguryo Tombs is an important example of burial typology.

The serial property, which is scattered across the northwest part of the Korean peninsula and grouped into four regions, comprises 63 individual tombs, 16 of which feature wall paintings.  The tombs represent the full typology of Koguryo tombs from the later kingdom and together with the wall paintings represent among the only remains of the now-vanished Koguryo culture.

Most of the known tombs suffered clandestine excavations in the last thousand years and few were scientifically excavated prior to such activity. Although some of the wall paintings in the tombs were damaged by looting and environmental factors, the architectural features remain largely intact and the wall paintings possess sufficient integrity to express their Outstanding Universal Value.

The natural environment and setting of the tombs have not been substantially altered since the time the tombs were constructed, providing a clear understanding of the relationship between the tombs and their symbolic siting in the landscape.

The attributes that express the Outstanding Universal Value of the property are not threatened by development or neglect. The wall paintings and the architectural structures are vulnerable to humidity, harmful bacteria and natural weathering. There is a risk of flooding in one of the tombs and an overall plan for the management of tourism is required.

The authenticity of the tombs has been well preserved, as has their relationship with their landscape setting. The tombs have remained largely unaltered since the time of their construction and still retain the evidence of outstanding architectural techniques. The wall paintings inside are authentic and untouched.

Although parts of the wall paintings were damaged owing to looting and other factors, a significant proportion of all the attributes expressing their Outstanding Universal Value, for example, their subject matter, composition, layout, methods of portrayal, and types and texture of pigments, still remain in their original state, guaranteeing their truthfulness.

New additions to the exterior of the tombs for the purposes of protection, presentation and interpretation of the sites can be read as contemporary features that neither mimic the authentic attributes of the property, nor compromise the cultural value of the tombs.

The Complex of Koguryo Tombs is substantially protected under the Law of the Democratic People’s Republic of Korea on the Protection of Cultural Property. The on-site management bodies, under the guidance of the National Bureau for Cultural Property Conservation, are responsible for the conservation and management of these properties. The site management structure is adequate and staff well qualified. Buffer zones have been demarcated for all properties, and the overall state of conservation of the property is relatively good.

Conservation and restoration projects for the wall paintings of the Koguryo tombs are being undertaken in collaboration with UNESCO, notably in the Susan-ri Tomb. The major problem in the management and conservation of the tombs is the damage to the wall paintings and architectural structures done by humidity, harmful bacteria and natural weathering. To address this, a remote interior monitoring system and temperature and humidity sensor and regulation system to monitor and regulate the interior of the tombs are being planned in collaboration with UNESCO, and will be installed within a few years. Long-term strategies have been developed to conserve and restore all tombs within the serial property. This will include preventative conservation to avoid the flaking off of paint, changes to the colour of the paintings and corrosion of the tomb structures. It will also aim to continue and strengthen scientific and technical research in relevant fields. The Management Plan is being revised in order to improve conservation, management and interpretation of the property and all the associated elements, including their surrounding natural environment. 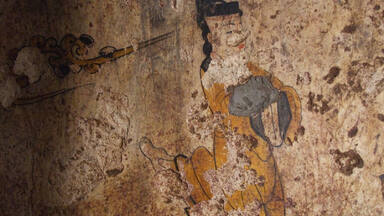 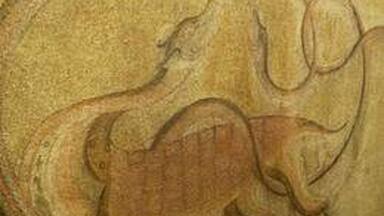 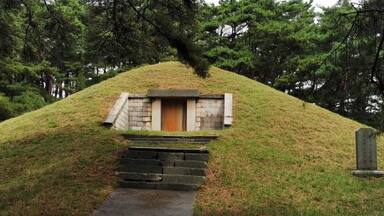 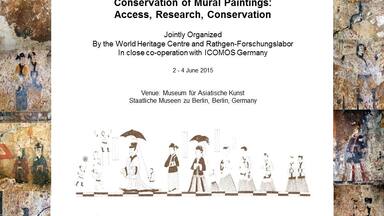 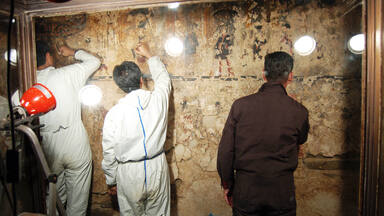