The cultural landscape of Tokaj graphically demonstrates the long tradition of wine production in this region of low hills and river valleys. The intricate pattern of vineyards, farms, villages and small towns, with their historic networks of deep wine cellars, illustrates every facet of the production of the famous Tokaj wines, the quality and management of which have been strictly regulated for nearly three centuries. 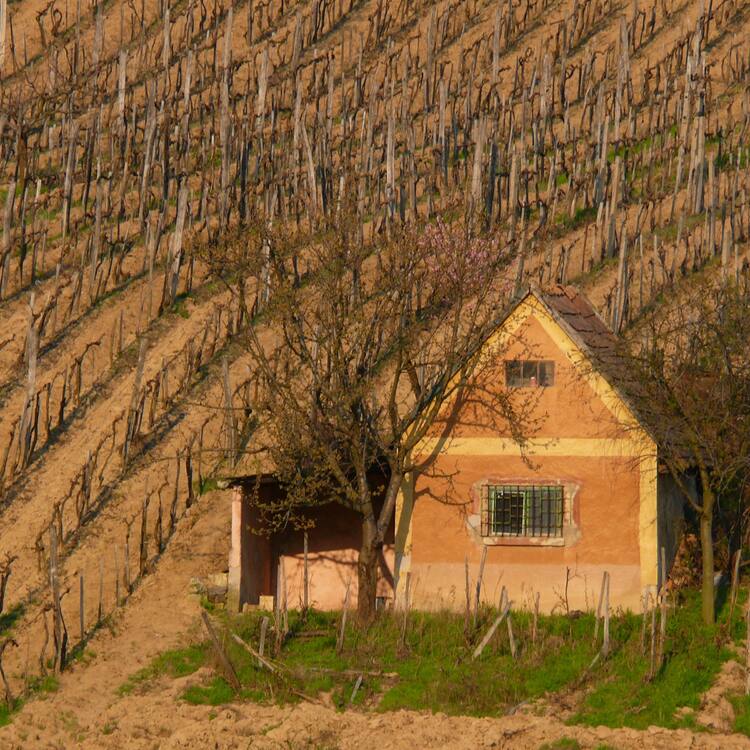 Located at the foothills of the Zemplén Mountains (in North-East Hungary), along the Bodrog river and at the confluence of the Bodrog and the Tisza Rivers, the Tokaj Wine Region Historic Cultural Landscape was inscribed on the World Heritage List in 2002. The World Heritage property and its buffer zone together cover the administrative area of 27 settlements (13,245 ha and 74,879 ha, so 88,124 ha in total). The entire landscape, its organisation and its character are specially shaped in interaction with the millennial and still living tradition of wine production. Documented history of the wine region since 1561 attests that grape cultivation as well as the making of the ‘aszú’ wine has been permanent for centuries in the area surrounded by the three Sátor-hegy (the Tokaj-hill, the Sátor – hill of Abaújszántó, and the Sátor-hill of Sátoraljaújhely). The legal base of delimitation of the wine region is among the first in the world and dates back to 1737 when the decree of Emperor Charles VI (Charles III, King of Hungary) established the area as a closed wine region.

The unique combination of topographic, environmental and climatic conditions of the Tokaj Wine Region, with its volcanic slopes, wetlands creating a special microclimate that favours the apparition of the “noble rote” (Botrytis cinerea), as well as the surrounding oak-woods have long been recognized as outstandingly favourable for grape cultivation and specialized wine production. All these features have enabled the development of vineyards, farms, villages, small towns and historic networks of wine cellars carved by hand into mostly volcanic rocks, which are the most characteristic structures in Tokaj: that of King Kalman in Tarcal is known to have been in existence as early as 1110. There are two basic types of cellar in Tokaj: the vaulted and the excavated. The socio-cultural, ethnic and religious diversity of the inhabitants, together with the special fame of the Tokaji Aszú Wine has contributed to the rich and diverse cultural heritage of the region.

Criterion (iii): The Tokaj wine region represents a distinct viticultural tradition that has existed for at least a thousand years and which has survived intact up to the present.

Criterion (v): The entire landscape of the Tokaj wine region, including both vineyards and long established settlements, vividly illustrates the specialized form of traditional land use that it represents.

The attributes of the Outstanding Universal Value of the property are sufficiently intact. These include environmental conditions (geology, morphology, hydrology and climate) favourable for specialized vine- growing, historic vineyards /terroirs, long established settlements and their network, rich cultural heritage reflecting ethnic diversity, diverse types of cellars and a great diversity of other buildings contributing to the character of the landscape and related to vine-growing and wine production (e.g. terraces, built stone walls and hedges, reservoirs). The property embraces most of the attributes necessary to express the Outstanding Universal Value. However, the relationship between the property and its buffer zone needs further review as well as the external boundaries of the buffer zone. Within the context of changing economic demands, the continuity of traditional land use is sustained. In the long term, disappearance of wetlands and the expansion of built-in areas as well as climate change should be considered as potential threats.

Concerning the built structures, frequent military incursions and fires have resulted over the centuries in the destruction and rebuilding or reconstruction of a substantial proportion of the historic buildings. However, scrupulous respect for international standards in conservation and restoration, in conformity with the Venice Charter, have ensured that over the past half-century, the level of authenticity in the surviving historic buildings fully conforms with the requirements of the Operational Guidelines. The historic settlements have also conserved their basic urban layouts as well as their interconnection, both with each other and with the landscape. Wine has been produced in the Tokaj region and vineyards have been worked here for more than 1000 years. The resulting landscape, with its towns and villages serving the productions of the famous Tokaji Aszú wines, has not changed in its overall appearance throughout that period.

The historically diverse ownership of the property (ranging from private individuals owning small vineyards to local authorities, Churches, the State and private companies possessing large estates) is part of the attributes of the property and is at the same time a serious challenge for management. Based on the national World Heritage Act of 2011, a new management plan will enter intoforce as a governmental decree and will be reviewed at least every seven years.

A Regional Architectural and Planning Jury, composed of territorially competent State Chief Architect and members appointed by him/her, will assist in the realization of high quality developments adapted to the values of the property. Based on the World Heritage Act, the appointment of a management body by the Minister responsible for culture is under way. The new management plan and the management body will provide transparent governance arrangements with clear responsibilities, where the different interests can manifest themselves and where the institutional framework and methods for the cooperation of the different stakeholders are available.

Based on the World Heritage Act, the state of conservation of the property, as well as threats and preservation measures, will be regularly monitored and reported to the National Assembly. The overall aim of the management is to maintain and enhance the environmental, social as well as economic conditions for viticulture, wine production and related sectors that have always been the economic engines of the region. The living cultural landscape must remain an asset for the benefit of the sustainable development of local communities.

Once the Management Plan is approved and finalised, the revision of the boundaries of the property and its buffer zone shall be considered, in order to enhance the integrity and the appropriate protection of the property. The revision of the boundaries must bear in mind the challenges posed by the transformation of wetlands, the expansion of built-in areas and global environmental challenges such as climate change. Special attention should be paid to the impact of mines, quarries and other mineral exploitation industries. It is important to carry out a comprehensive conditions review and impact assessment on the effect of mines on the Outstanding Universal Value of the property. A careful and strategic approach has to be followed concerning traffic management, road constructions and improvements. Transboundary extension of the buffer zone is to be considered with reference to World Heritage Committee decisions and based on the excellent cooperation of the Hungarian and Slovak authorities of cultural heritage.