The Third meeting of the Coordinating Committee on the Serial World Heritage Nomination of the Silk Roads and World Heritage Nomination dossier drafting and harmonization workshop will be held from 17 to 20 September 2012 in Bishkek, Kyrgyzstan. The event is being organized by the UNESCO World Heritage Centre and Cluster Office in Almaty, in cooperation with the National Commission for UNESCO of Kyrgyz Republic with financial support from the UNESCO Japan Funds-in-Trust and the Kyrgyz authorities.

The meeting will bring together the national focal points and experts from the five Central Asian countries (Kazakhstan, Kyrgyzstan, Tajikistan, Turkmenistan and Uzbekistan) and China, as well as the other six partner countries: Afghanistan, Iran, India, Japan, Korea, and Nepal. In addition, international experts from the International Council for Monuments and Sites (ICOMOS) and institutions such as International Institute for Central Asian Studies (IICAS, an UNESCO Category II Centre) and the University College of London (United Kingdom), will be present, this testifies the international commitment to preserving this unique component of Asia's cultural heritage.

Within the framework of the Global Strategy for a representative and balanced World Heritage List adopted by the World Heritage Committee, UNESCO has been assisting the central Asian States Parties in reviewing their national Tentative Lists and for the identification of new types of properties for World Heritage nomination; in this regard, the identification of potential themes such as the Silk Roads for serial and/or transnational World Heritage has been on-going with the cooperation of the participating Asian countries, who established the Coordinating Committee in May 2009. A Thematic Study on the Silk Roads conducted by ICOMOS has been crucially important for the development and direction of the project, in order to enable a comparative analysis for the properties on the Tentative Lists submitted by the participating Asian States Parties.

The experts together will review and discuss the finalized drafts nomination dossier(s) of the first phase of the transnational Silk Roads Nomination (first one China - Kazakhstan - Kyrgyzstan possibly together with Uzbekistan transnational "Silk Roads: Initial Section and Network of Routes of Tian-Shan Corridor" and the second one is Tajikistan - Uzbekistan - Turkmenistan transnational "Silk Roads: Pendjikent-Samarkand-Merv") for possible submission in 2013 for consideration by the World Heritage Committee.

It is expected that during the workshop the experts from Central Asian countries and China will agree on the on the details of the draft nomination dossier(s) of the first phase of the transnational Silk Roads Nomination and the exact number of the nominated properties.

The Meeting will also review progress made by the participating countries in implementing the Ashgabat Agreement and Action Plan of May 2011, as adopted in the Second meeting of the Coordinating Committee on the Serial World Heritage Nomination of the Silk Roads which took place in Ashgabat, Turkmenistan. 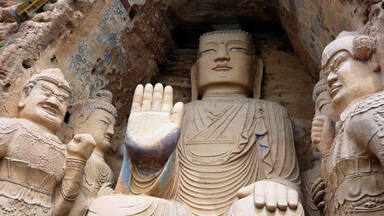 Uzbekistan
Regions (1)
Asia and the Pacific
When
Monday, 17 September 2012
Thursday, 20 September 2012
alarm_add Add to your calendar
Where
Bishkek, Kyrgyzstan