A second International Workshop on "Disaster Risk Reduction to Cultural Heritage" was held at Acre, Israel, from 14 to 17 November 2009, and organised jointly by the Israel National Commission for UNESCO, the Israel Antiquities Authority and the World Heritage Centre, gathering experts and managers of World Heritage cultural properties from all regions, as well as representatives of ICOMOS, ICCROM and ICOM. This Workshop aimed to further develop the initiative on Disaster Risk Reduction, identify concrete opportunities for cooperation among World Heritage properties and define specific actions that each of the actors of the World Heritage Convention might implement (see the recommendations of the Acre Workshop).

The Acre Workshop built on the results of the Olympia meeting of 2008 and other strategic policy documents on subjects related to DRR, notably the Policy Document on the Impact of Climate Change on World Heritage Properties adopted by the General Assembly of the States Parties to the World Heritage Convention in 2007. With regard to Climate Change, the Acre Workshop clarified that, whereas not all the phenomena associated to it are relevant to DRR, some extreme weather events responsible for disasters appear to be linked to global warming as flash storms and flooding. Moreover, climate change impacts, such as rising water levels and moisture, constitute underlying risk factors that, in the presence of some primary hazards, may cause a disaster to happen or aggravate their consequences.

Following the Acre Workshop, representatives from several World Heritage properties expressed their interest in joining pilot initiatives to develop disaster risk reduction strategies at their sites, possibly through appropriate twinning arrangements and with support under the World Heritage Fund. The feasibility of these pilot projects - and the possible establishment of twinning agreements between sites - is currently being explored.

The Acre Workshop resulted in a document containing a list of proposed specific actions, aimed at further implementing the Strategy for Risk Reduction at World Heritage Properties, adopted by the World Heritage Committee in 2007. This ‘Action Plan' is reproduced here below, structured according to the institution that would be responsible for implementation.

The World Heritage Centre, in consultation and close cooperation with the Advisory Bodies and other relevant organisations like ICOM, may:

The Advisory Bodies may:

If resources are made available, moreover, the Advisory Bodies, in cooperation with other relevant organisations like ICOM, may:

The States Parties to the Convention may: 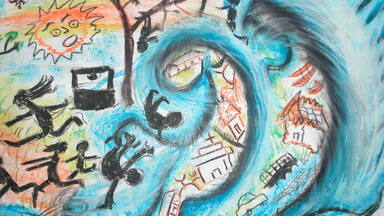