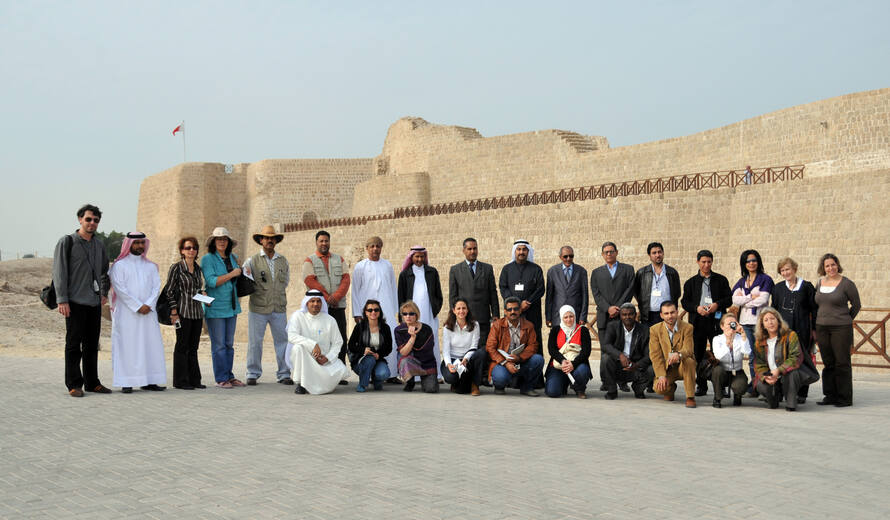 Thanks to the generous invitation of the Kingdom of Bahrain, fourteen out of the eighteen States Parties from the Arab Region met in Manama to launch the second cycle of the Periodic Reporting decided by the World Heritage Committee at its 32nd session in Quebec City (July 2008).

Two days of the meeting were devoted to training for the drafting of Statements of Outstanding Universal Value for properties already inscribed, followed by two days of explanations regarding the Periodic Reporting process, notably the filling out of the Questionnaire. The new questionnaire, adopted by the World Heritage Committee, will be answered directly on-line by the national focal points designated by their country. Three sub-regional workshops are foreseen to take place in April 2009 as well as a final Regional meeting in December 2009, to take stock of the exercise's results and to draft an Action Plan for future activities in the Region according to the needs identified during the process.

Where
Manama, Kingdom of Bahrain