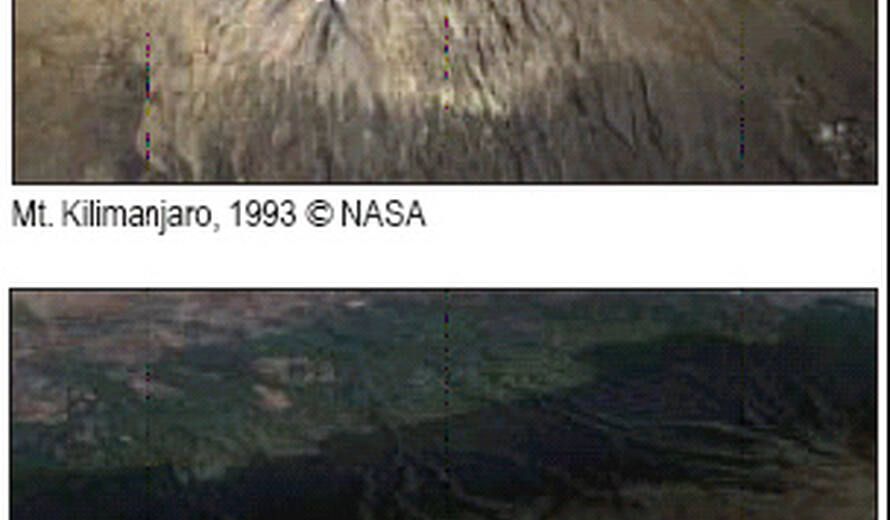 The impacts of climate change are affecting many natural and cultural World Heritage properties, and are likely to affect many more in the years to come. Among the Natural Sites under stress, we find the Great Barrier Reef (Australia), the Kilimanjaro National Park (Tanzania) and many biosphere reserves such as the Cape Floral Region (South Africa). Cultural sites are also threatened by rising sea levels (Venice and its Lagoon, Italy), increased storminess and subsequent structural collapse (The Megalithic Temples of Malta), desertification (Timbuktu, Mali) and so on.

At its 29th session in Durban, South Africa in 2005, The World Heritage Committee decided to launch an initiative to assess the impact of global climate change on World Heritage sites. As requested by the Committee, a meeting of experts is organized at the UNESCO's Headquarters in Paris on March 16th and 17th 2006 (by invitation only). Participants are coming from around the globe and include researchers, representatives of International Conventions and Organisations, and non-governmental organisations. The meeting is organized by the UNESCO's World Heritage Centre in co-operation with the government of the United Kingdom and the United Nations Foundation.

The expected outcomes of this meeting are: