UNESCO, Portugal and the city of Elvas organized the Launch Workshop of the Culture|2030 Indicators project implementation, 22, 24, 26 and 30 November 2021.

The pilot implementation of the Culture|2030 Indicators’ framework has been launched in Portugal and in the city of Elvas. The launch workshop was organized by the Ministry of Culture and the city of Elvas in close collaboration with UNESCO, on 22, 24, 26 and 30 November 2021. The Launch Workshop gathered more than 50 participants, including representatives and institutions from the National and Local Authorities, as well as civil society organizations, academy, private sector, and other competent entities whose work is informed by culture.

In line with UNESCO’s commitment to advocate for the essential role of culture in sustainable development, the UNESCO Thematic Indicators for Culture in the 2030 Agenda (Culture|2030 Indicators) is a conceptual and methodological framework of thematic indicators whose purpose is to measure and monitor the progress of culture’s enabling contribution to the national and local implementation of the Goals and Targets of the UN 2030 Agenda for Sustainable Development.

The project benefits from capacity building materials led and delivered by UNESCO, as well as from the guidance and technical support of the UNESCO International and Regional Experts in close collaboration with the National and Local Authorities’ implementation Teams at country and city levels. The implementation of the UNESCO Culture|2030 Indicators in Portugal and the city of Elvas was made possible thanks to the generous financial contribution of the European Union and the Swedish International Development Cooperation Agency (SIDA).

The Workshop introduced the methodology of the UNESCO Culture|2030 Indicators framework shared capacity building materials with the authorities and actors. The Regional and International experts present also shared trends and experiences of the process of collecting resources and analyzing Data.

Ms. Jyoti Hosagrahar, Deputy Director of the UNESCO World Heritage Centre, shared an introduction to the UNESCO Culture 2030 Indicators project. She explained the development of the methodology, the framework itself, and the major implementation steps at national and local levels. She also addressed how these voluntary indicators contributed to the realization of the UN 2030 Agenda and its 17 SDGs at the national and local levels, as well as to the National Voluntary Reviews and Local Voluntary Reports for countries and cities.

Ms. Graça Fonseca, Minister of Culture of Portugal delivered the welcoming message for the workshop. The Minister highlighted that “situating a pilot project of this size in Elvas, a municipality in the interior of Portugal and in the cross-border region, will allow its replicability in many regions considered less favored and also, with some adaptations, to scale up to other territories with higher density. The learning achieved at this pilot scale can help guide applications in other territories of the country.”

Ms. Paula Calado, Deputy Mayor for Culture and Tourism Division, Municipality of Elvas also delivered the welcoming message for the workshop, indicating that among the project results, it is expected to obtain relevant information to guide the planning of cultural activities and the definition of cultural policies for intervention in and with society.

An introduction to the methodology of the framework, prepared by UNESCO, was presented by the UNESCO Regional Expert, Ms. Ioulia Sementchouk.

During the Workshop, the UNESCO Regional Expert and the involved National and local Authorities and actors exchanged and discussed the UNESCO Culture|2030 Indicators from various perspectives and through its 22 Indicators and its 4 Dimensions.

The meeting was closed by Mr. Joaquim Jorge, Expert Advisor in the SEAPC Office (Secretária de Estado Adjunta e do Património Cultural), who thanked all the participants, the national and local teams and especially the stakeholders for their presence, attendance and availability to start this collaborative work. 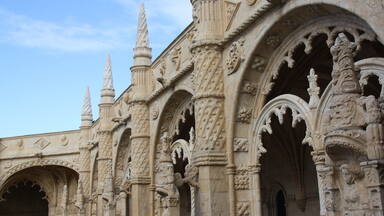 Portugal and the city of Elvas 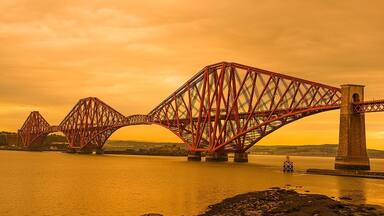 Portugal
When
Monday, 22 November 2021
Tuesday, 30 November 2021
alarm_add Add to your calendar
Forgot your username or password?
Become a member