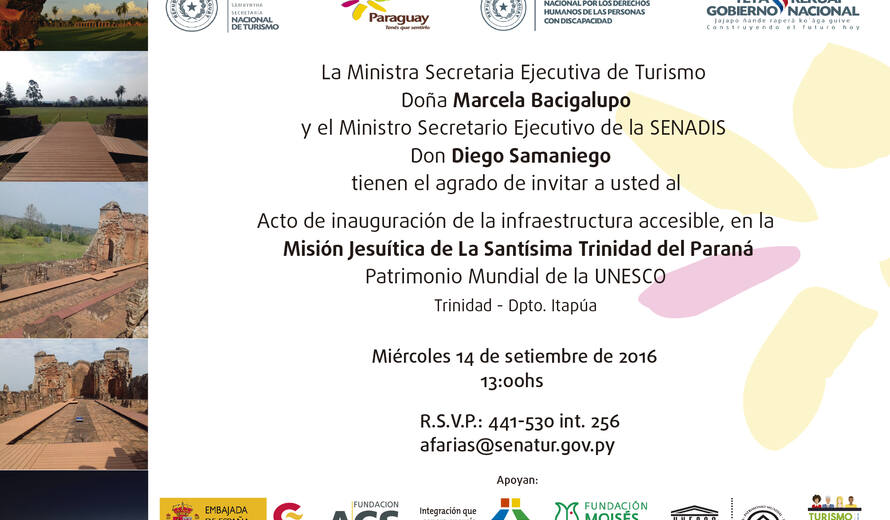 On 14 September 2016, the Paraguay National Secretary of Tourism (SENATUR) will hold the inauguration of the new accessible infrastructure on the Jesuit Mission of La Santísima Trinidad de Paraná, which will take place in the City of Trinidad, in the Department of Itapua.

In the framework of the engagement assumed by Paraguay for an accessible tourism policy, the SENATUR, through the Agreement established between the Spanish Agency for International Development Cooperation (AECID) and the Spanish Foundation ACS, has developed the Accessible Tourism Master Plan for the Jesuit Guarani Missions of Paraguay.

The main objective is to promote the sustainable and inclusive development of the region through initiatives of accessible tourism for all within the Jesuit Mission inscribed on the World Heritage List.

Organisation of training sessions on inclusive treatment and language (certified by competent institutions Paraguayan on human rights of people with disabilities) for tourist guides.