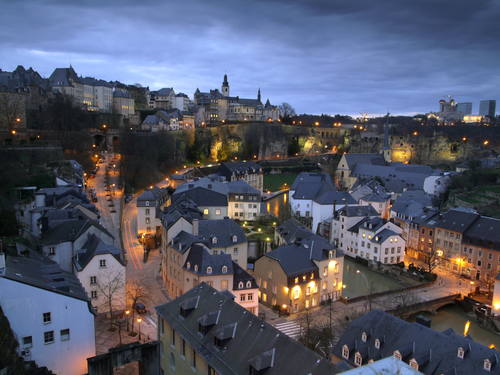 Accessible cultural tourism in the Old City of Luxembourg

On the occasion of the 25th Anniversary of the inscription of the site “City of Luxembourg: its Old Quarters and Fortifications” on the World Heritage List, new accessible cultural tours aim to open the World Heritage site to everyone, including citizens with special needs. By partnering with relevant community organisations, the project aims to enhance the accessibility of the city and its cultural heritage, representing UNESCO’s values of inclusiveness and openness.

About the city of Luxembourg

The Old City of Luxembourg is located at the confluence of the Alzette and Pétrusse Rivers, on a very steep rocky outcrop. Due to its exceptional strategic position, the City of Luxembourg was one of the largest fortresses of modern Europe which was constantly strengthened and reinforced as it passed successively into the hands of the great European powers, playing a significant role in European history for several centuries.

Today, the city is a historical ensemble of prime importance, an outstanding example of a fortified European city and host to an exceptional variety of military vestiges illustrating a long period of Western history.

Accessible cultural tourism in the old city of Luxembourg

In 2020, on the occasion of the 25th Anniversary of the inscription of the site “City of Luxembourg: its Old Quarters and Fortifications” on the World Heritage List, four new self-guided cultural tours have been developed. The initiative was carried out by several agencies, including Luxembourg’s National Commission for cooperation with UNESCO and the City of Luxembourg.

The project responds to the management goals of the site, which include:

The new itineraries include a walking tour of the Old City, a cycling tour (developed in partnership with Vél’Oh!), as well as two tours which are accessible for people in wheelchairs and citizens with physical and mental disabilities. The itineraries are accompanied by an illustrated audio-guide, which can be accessed from the izi.travel mobile and web application in Luxembourgish, French, German, English, Dutch and sign language. The audio-guide focuses on accessibility, with carefully selected, approachable wording.

Besides the audio-guide, a 52-page specific visitor booklet in simple language was published, which is available at the Luxembourg City Tourist Office and the UNESCO Visitor Centre at “Lëtzebuerg City Museum”. An enhanced PDF with improved readability is also offered. The project had a one-off cost of 6,000€, while the cost of reprinting of the visitor booklet is expected to be 1,500€ per year.

In order to ensure the accessibility and suitability of the itinerary and educational materials, the organisers partnered with a variety of organisations representing people with different disabilities, who contributed and reviewed the produced materials. The project partners include the KLARO Association of Parents of Children with Mental Disabilities, Hoergeschaedigten – Beratung asbl, Centre pour le développement des compétences relatives à la vue, Lebenshilfe Bremen, Info-Handicap and ADAPTH National Centre for the accessibility of buildings.

The new accessible cultural tours in Luxembourg aim to open the World Heritage site to everyone, including citizens with special needs. By partnering with relevant community organisations, the project builds on this vision to deliver a concrete action to enhance the accessibility of the city and its cultural heritage, representing UNESCO’s values of inclusiveness and openness.