The initiative Atlas World Heritage brings together the cities of Florence, Santiago de Compostela, Edinburgh, Oporto, and Bordeaux to share their experiences and strategies to safeguard the properties’ Outstanding Universal Value. The project has led to a comparative analysis of the urban characteristics of the cities through digital mapping.

Florence is the capital city of the Tuscany region. The World Heritage property “Historic Centre of Florence” was inscribed on the World Heritage list in 1982, under criteria (i), (ii), (iii), (iv) and (vi). Built on the site of an Etruscan settlement, Florence, the symbol of the Renaissance, rose to economic and cultural pre-eminence under the Medici in the 15th and 16th centuries. Its 600 years of extraordinary artistic activity can be seen above all in the 13th-century cathedral (Santa Maria del Fiore), the Church of Santa Croce, the Uffizi and the Pitti Palace, the work of great masters such as Giotto, Brunelleschi, Botticelli and Michelangelo. 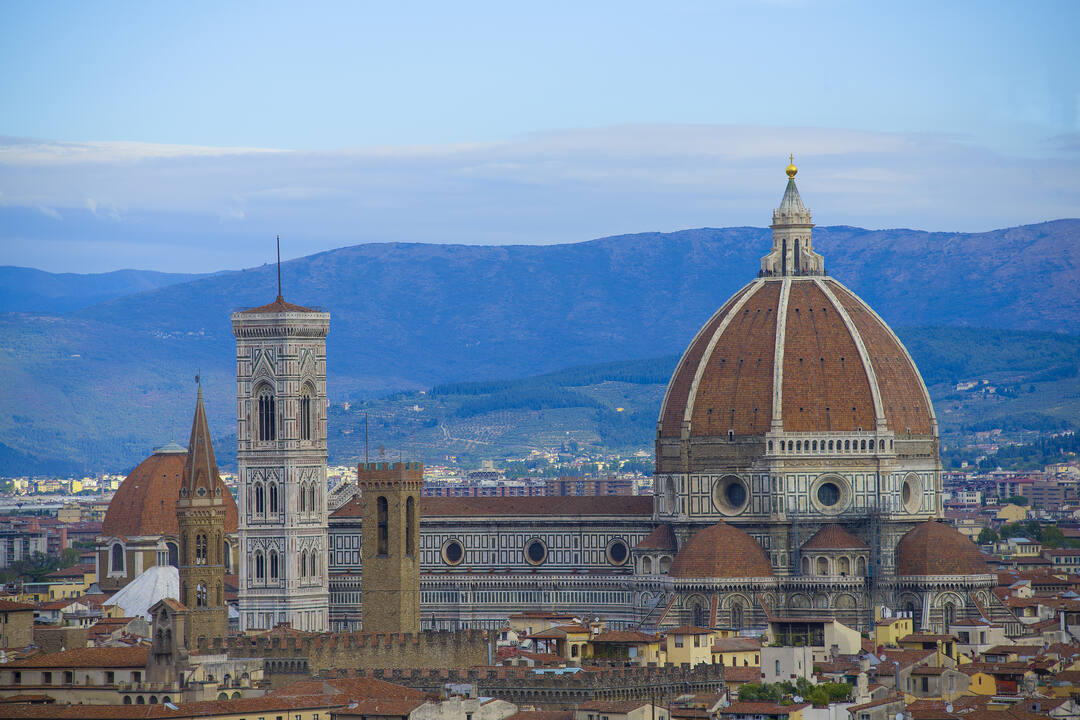 Santiago de Compostela is the capital of the autonomous community of Galicia, in North-western Spain, target of one of the main religious pilgrimages of the Middle Ages from the 9th century onwards. In 1985, Santiago de Compostela (Old Town) was designated a UNESCO World Heritage property under criteria (i), (ii) and (vi). The Old Town includes Romanesque, Gothic and Baroque buildings, including the tomb of St James and the cathedral, which contains the remarkable Pórtico de la Gloria. 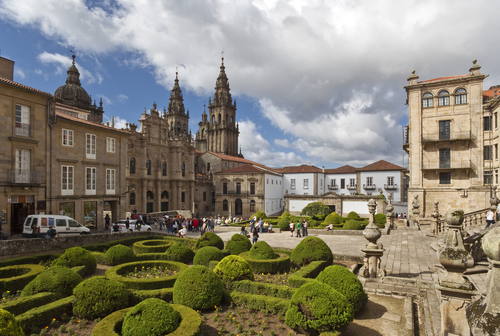 About Edinburgh, United Kingdom of Great Britain and Northern Ireland

Edinburgh is the historic capital city of Scotland. The “Old and New Towns of Edinburgh” were inscribed on the World Heritage List in 1995 under criteria (ii) and (iv). The site has two distinct areas: the Old Town, dominated by a medieval fortress; and the neoclassical New Town, whose development from the 18th century onwards had a far-reaching influence on European urban planning. The harmonious juxtaposition of these two contrasting historic areas gives the city its unique character. 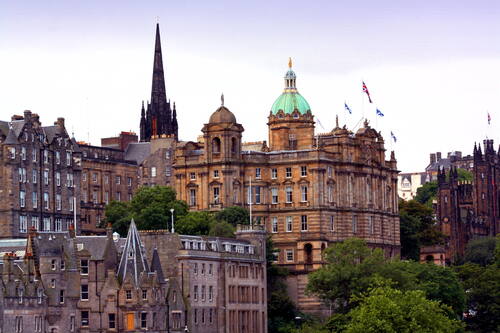 Oporto is the second largest city in Portugal and one of the Iberian Peninsula's major urban areas. In 1996, the “Historic Centre of Oporto, Luiz Bridge and Monastery of Serra do Pilar” were inscribed on the World Heritage List under criterion (iv). Oporto is an outstanding urban landscape with a 2,000-year history. Its continuous growth can be seen in the many and varied monuments, from the cathedral with its Romanesque choir, to the neoclassical Stock Exchange and the typically Portuguese Manueline-style Church of Santa Clara. 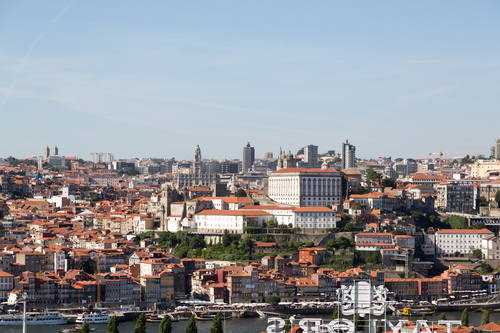 Bordeaux is a port city on the river Garonne in South-Western France. Capital of the Nouvelle-Aquitaine region, it is home to the World Heritage property “Bordeaux, Port of the Moon”, inscribed in 2007 under criteria (ii) and (iv). This inhabited historic city, an outstanding urban and architectural ensemble, was created in the age of the Enlightenment. It is recognised for its historic role as a place of exchange of cultural values over more than 2,000 years. Urban plans and architectural ensembles of the early 18th century onwards place the city as an outstanding example of innovative classical and neoclassical trends and give it an exceptional urban and architectural unity and coherence. 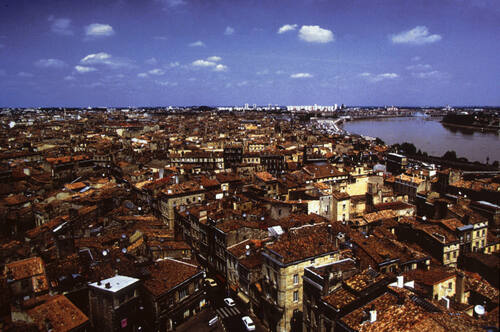 In the context of the Atlas World Heritage project, a comparative study analyses the land use patterns in five World Heritage cities in the European region. The study uses open source and publicly available data to generate visual materials that can assist in the management of the World Heritage properties and in the identification of common challenges, opportunities and possible strategies.

Atlas World Heritage: Heritage in the Atlantic Area (Atlas.WH) is a collaboration project between five European World Heritage cities. Since 2017, it has aimed to bring together different World Heritage sites to promote collective thinking and exchange of ideas about common topics, such as liveability, community engagement and World Heritage management frameworks. It was funded by the INTERREG Atlantic Area Programme by the European Regional Development Fund.

Each of the five cities focused on a particular topic:

As part of the Atlas WH project, the Agence d’Urbanisme Bordeaux Aquitaine and Bordeaux Metropole collected, organised and mapped urban data from the five different cities, using a common methodology that allowed for their comparison and analysis.

The urban data have been organised and mapped as follows:

Given that urban data is collected using different methodologies in each country, the data was sourced from international databases, including The Urban Atlas (Copernicus), Atlas World Heritage and Open Street Map (OSM). These sources, although not always completely accurate, allowed the team to analyse and compare different land uses in a consistent manner.

The use of these databases highlighted the potential applications of shared databases of numerical data for urban management. It has also enabled the creation of links between European and international initiatives, creating an incentive to open a dialogue between the Atlas WH partners and the Copernicus project.

The maps will be used to improve the management and governance systems in the five partner cities. For instance, the maps have revealed sometime conflicting relationships between the boundaries of local administrations and of territorial elements, identifying instances in which this relationship was not adapted to the management needs

Some limitations have been identified, especially regarding the information on human activities and territorial conditions. To overcome these and the other challenges emerged during the project implementation, studies were made by all partners to refine the work methodology.

By working together amongst different World Heritage cities, the Atlas World Heritage project aims to build a common methodology and shared knowledge regarding common challenges and opportunities. At the same time, the project acts as an umbrella for smaller pilot projects, such as “Mind the map”, which implemented this collaborative approach to the mapping of urban elements and land uses. 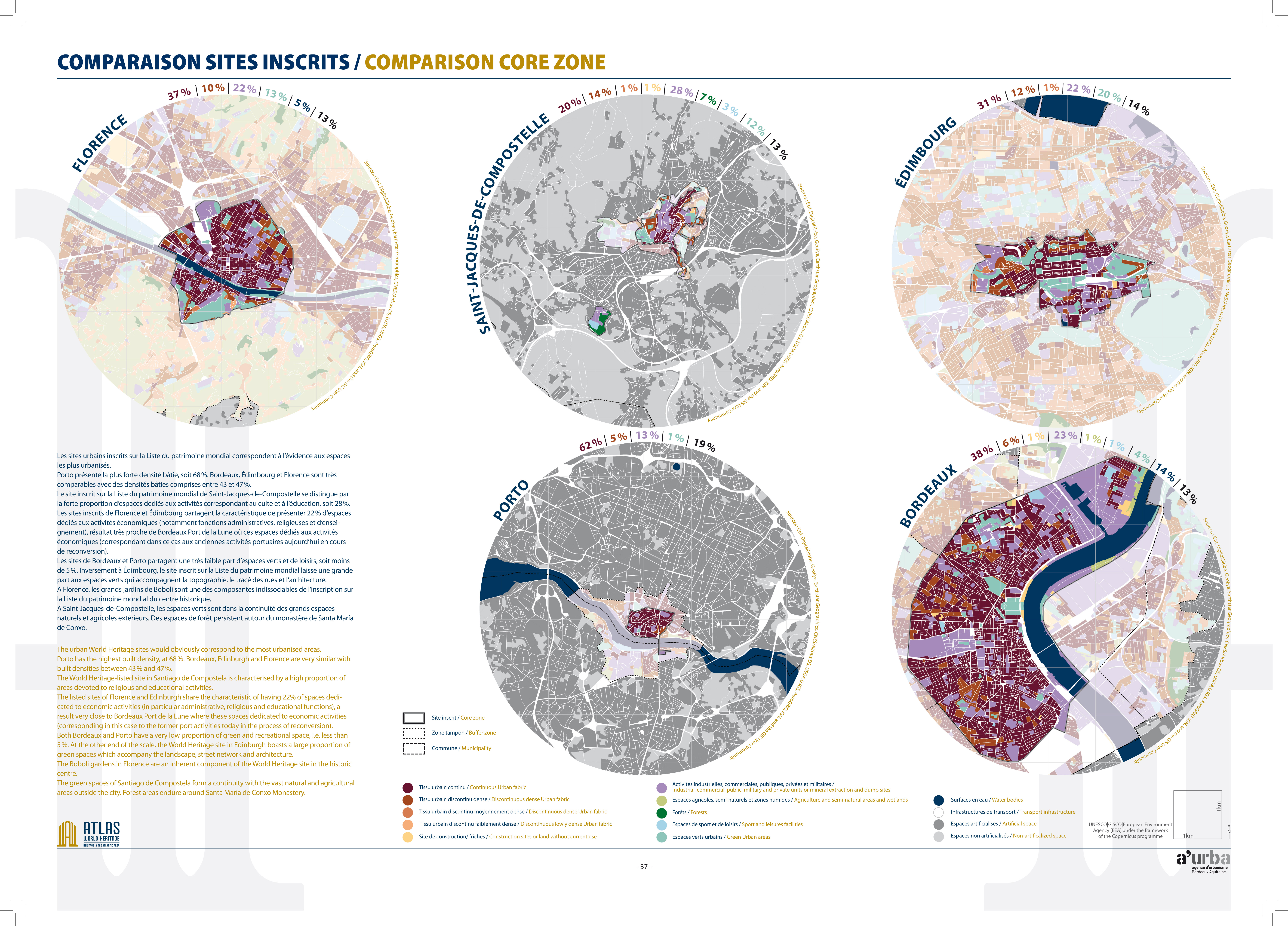 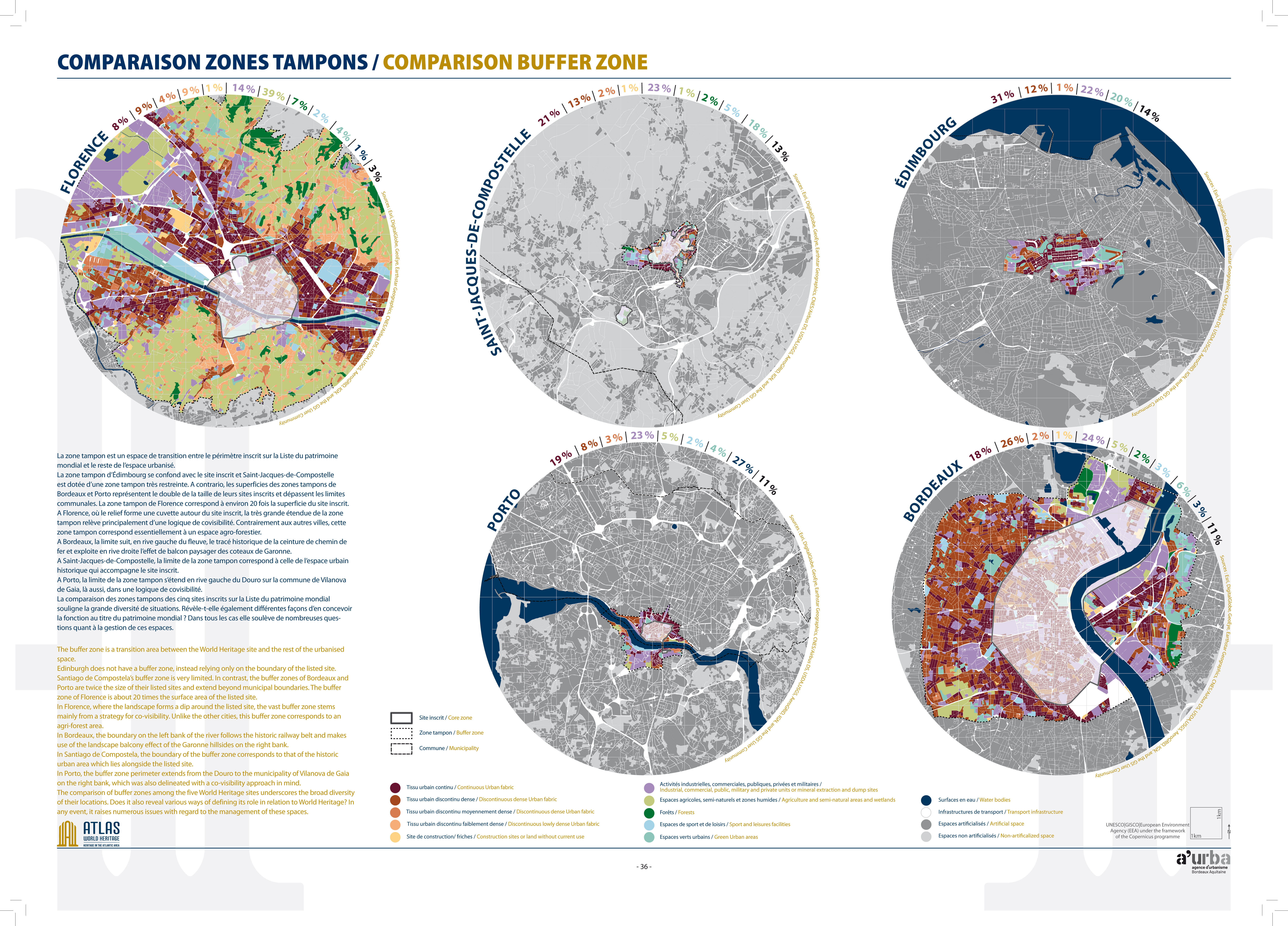 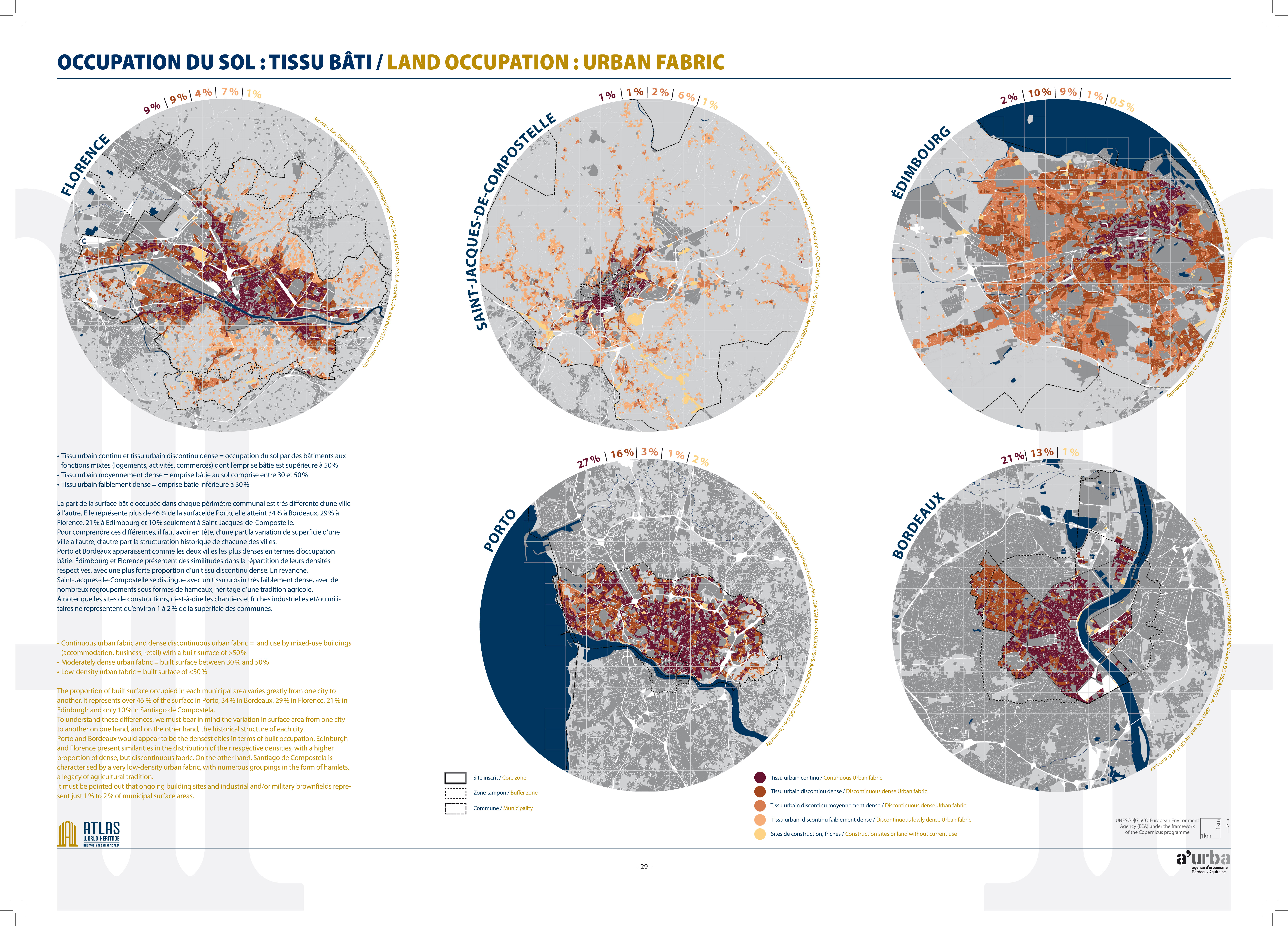 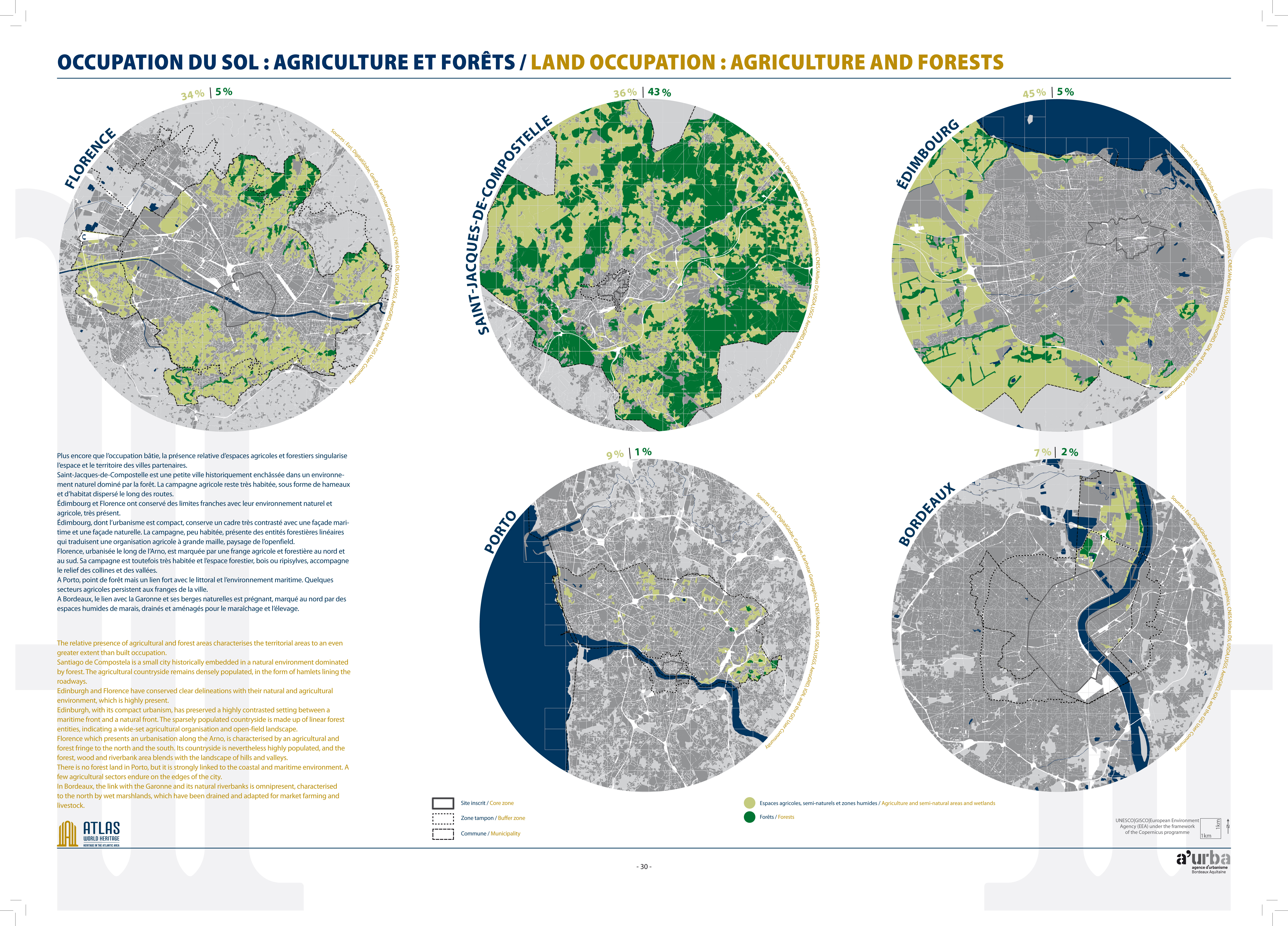 The project aims to contribute to the implementation of the Historic Urban Landscape approach by:

Goal 17. Strengthen the means of implementation and revitalise the global partnership for sustainable development.


Note: The cases shared in this platform address heritage protection practices in World Heritage sites and beyond. Items being showcased in this website do not entail any type of recognition or inclusion in the World Heritage list or any of its thematic programmes. The practices shared are not assessed in any way by the World Heritage Centre or presented here as model practices nor do they represent complete solutions to heritage management problems. The views expressed by experts and site managers are their own and do not necessarily reflect the views of the World Heritage Centre. The practices and views shared here are included as a way to provide insights and expand the dialogue on heritage conservation with a view to further urban heritage management practice in general.