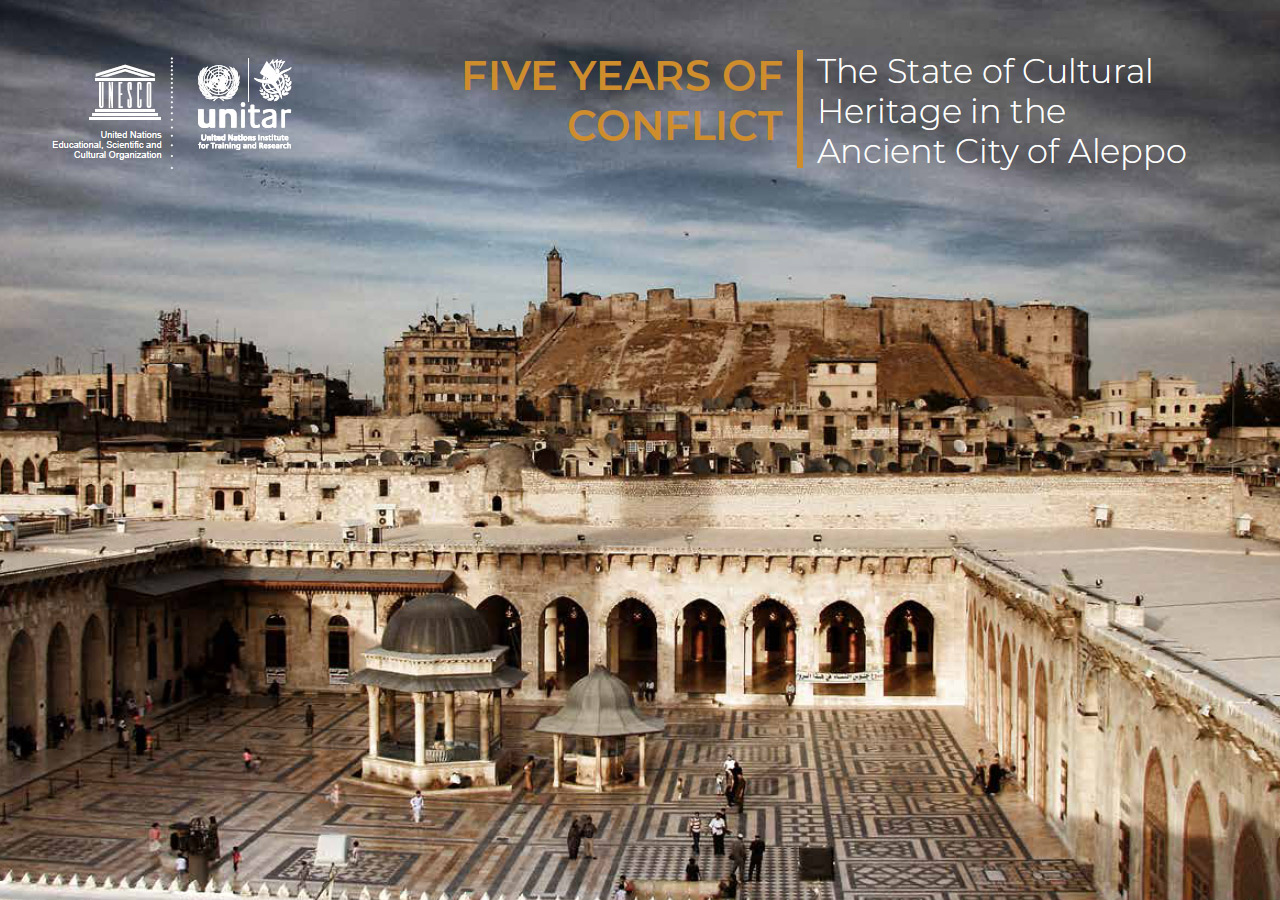 The first comprehensive account of the devastation wrought on the World Heritage site of the Ancient City of Aleppo during years of armed conflict in the Syrian Arab Republic has just been published by UNESCO and the United Nations Institute for Training and Research (UNITAR).

The 143-page book, Five Years of Conflict: The State of Cultural Heritage in the Ancient City of Aleppo, shows that more than 10 percent of the historic buildings of Aleppo have been destroyed and more than half the buildings assessed showed severe to moderate damage. It provides assessments of 518 properties, including the Citadel and the city’s Great Mosque (Omayyad Mosque), some of the most celebrated edifices in the city whose origins go back to the 2nd millennium BCE.

The publication, available online in English, was produced in partnership with UK-based organization Endangered Archaeology in the Middle East & North Africa (EAMENA). It provides a solid technical basis for the planning of restoration and rehabilitation of the city.

Using satellite images and applying scientific methodology, UNESCO’s cultural heritage experts worked closely with imagery analysts from UNITAR-UNOSAT (link is external), as well as historians, architects and archaeologists, in assessing damage to the city. Remote assessment via satellite imagery, allowed them to monitoring otherwise inaccessible areas for the first time.

“Culture and cultural heritage are powerful catalysts in overcoming the challenges of recovery and reconciliation for cities devastated by armed conflict,” said UNESCO’s Assistant Director-General for Culture, Ernesto Ottone R. “Inclusive dialogue, respect for cultural diversity and a sense of community ownership, helps cities recover from the trauma of war and secure a lasting peace.”

The Ancient City of Aleppo is one of six Syrian World Heritage sites that were added to UNESCO’s List of World Heritage in Danger in 2013. UNESCO continues to lead international efforts to protect and restore cultural heritage. In this context, a second publication assessing the state of all Syrian properties on the World Heritage list as well on the country’s Tentative List, will be released in 2019.

“Five Years of Conflict: The State of Cultural Heritage in the Ancient City of Aleppo” has been published thanks to funding by the Ministry of Foreign Affairs of Norway and UNESCO’s Heritage Emergency Fund. Arabic and French editions of the book will be available early next year.


Note: the following reports on the World Heritage properties of the Syrian Arab Republic need to be read in conjunction with Item 36.