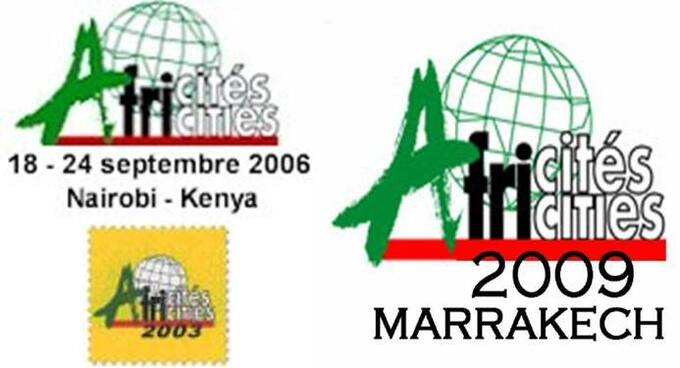 The Africities 3 Summit (in Yaoundé, Cameroon 2003) focusing on “Accelerating access to basic services in African local governments”, was the opportunity for the Partenariat pour le développement municipal (PDM) (Partnership for Municipal Development) and the UNESCO World Heritage Centre, in the framework of the France-UNESCO Cooperation Agreement to engage in a collaboration to ensure that African municipalities are concerned with heritage issues. The special session led to the development of a book “Cultural Heritage and Local Development. A Guide for African Local Governments”, which was created as tool to help decision making, but also to engage local officials in the protection and promotion of their heritage. This book, prepared at the request of the local African city authorities, was co-edited by the France-UNESCO Cooperation Agreement and CRATerre ENSAG, and published by UNESCO in 2006.

The Africities 4 Summit (in Nairobi, Kenya 2006) focused on “Building local coalitions to achieve the Millennium Development Goals in African local governments”. The general programme of the summit was structured around eight thematic sessions, corresponding to the eight millennium goals, and special sessions, centred on more specific subjects. The France-UNESCO Cooperation Agreement with the support of the French Ministry of Public Works, the French Ministry of Foreign Affairs, and the French Ministry of Culture, has been presented again at Africities by organising a second session which focused on broadening the discussions. This special session « Patrimoine culturel des villes et territoires, les enjeux du partenariat » (“Cultural heritage of towns and territories. The issues and challenges of partnerships”) which took place on 20 September 2006 during Africities 4, was organised in cooperation with the World Heritage Centre and the Val de Loire mission. It enabled discussions to continue on the role culture and heritage play in development and to present and distribute the book “Cultural Heritage and Local Development. Guide for African Local Governments”.

At the session, officials emphasised the primary importance of training, not only for municipal technicians, but also for decision-makers, and requested that the World Heritage Centre prepare and carry out training on heritage and cultural resource management. The first phase of reflection on a global training strategy and its implementation took place at a three-day meeting held in Paris, France in September 2007. This meeting allowed key actors within the area of heritage and town planning in African local governments to meet, to appreciate their shared interests and to review their expectations with regards to the training to be developed.

Based on the outcomes of these events, a two-year pilot phase (2008-2009) was launched to conduct the training. The France-UNESCO Cooperation Agreement and the PDM, joined by the International Association of Francophone Mayors (AIMF) in 2008, were the project leaders, with technical assistance of CRATerre ENSAG. The first training session of the programme “Cultural heritage and local development”, for officials of Benin, Togo and Burkina Faso, took place in November 2008 in Porto Novo, Benin, from 18 to 21 November. This awareness-raising seminar, which took place at the École du patrimoine africain (ÉPA) (School of African Heritage), was organised jointly with the workshop for Cultural Heritage Directors of the Africa 2009 Programme.

Then, in 2009, training was planned at the national level for Mali and Mauritania. A project proposal, supported and initiated by the France-UNESCO Cooperation Agreement who carried out the project design, was submitted to the European Union. The project selected for funding by the European Union had the AIMF as leader to significantly facilitate the progress of the activity during the period of three years, with the support of the World Heritage Centre in the framework of the France-UNESCO Cooperation Agreement. This project met a demand clearly expressed by the African elected representatives and provided for the organisation of four awareness-raising sessions and two knowledge exchange workshops for the elected representatives, as well as four training sessions and two in-depth classes for local government technical staff. There was also a section on “knowledge enhancement”, which allowed the parameters of the training content to be set at the start of the project, and a “dissemination and communication” section about the project and issues at stake.

The Africities 5 Summit (in Marrakesh, Morocco in 2009) reflected on “the response of local and regional African governments to the global crisis: promoting sustainable local development and employment”. During this Summit, the France-UNESCO Cooperation Agreement coordinated the participation of UNESCO in a 3rd special training session entitled “Heritage and Development: Diversity as an Alternative”. The training session was funded by the European Union and directed by the AIMF. Approximately 60 participants attended the session including a large number of mayors.

This fifth Africities edition emerged as the “maturity Summit”. Since the first session, “African cities and heritage”, organised by UNESCO in the framework of the France-UNESCO Cooperation Agreement in 2003, the African local governments took ownership of the issue of heritage. It was found that several nomination proposals on the World Heritage List had been put forward at the initiative of the governments themselves and inventory or restoration experiments had been undertaken in many cities.

Furthermore, an evolution was also noticed in the way heritage was considered, being seen now in a broader sense to also comprise of architectural and urban heritage, places of memory, practices and cultural expressions. The presentations demonstrated the political will of elected representatives to be involved in preservation of the heritage and cultural identity. The presentations also demonstrated that cooperation between local governments, national heritage management bodies and universities is becoming stronger and more structured. In this sense, recommendations were adopted and have been communicated in the official documents of the Summit.

Finally, the project “Patrimoine culturel et enjeux territoriaux en Afrique francophone” (cultural heritage and local issues in Francophone Africa) ended in December 2012. The results of the projects have been summarised in a handbook. This book, designed as a decision-making tool, aims to support the heritage policies adopted by African local governments in a context where those operating at a local level play a greater role. This publication, aimed primarily at elected representatives and technical staff working in local government, is also relevant to heritage professionals and was published in December 2012.