In conjunction with the 33rd session of the World Heritage Committee, sixty-eight participants, of which, thirty-nine secondary school students from 10 countries learned new skills to preserve and conserve the natural and cultural heritage during the First Ibero-American World Heritage Youth Forum . The event was held in Seville (Spain) from 15 June to 22 of June 2009.

The students developed creative communication campaigns on the themes of cultural and natural World Heritage industrial heritage, intangible heritage and underwater heritage. They presented their conclusions to the Committee together with videos made during their visits throughout Andalusia.

The visits were organized with the support of heritage experts and site manager who briefed the students on the background and issues relative to preservation and conservation of the site thus facilitating understanding of the various themes and helping the participants develop their opinions on the subject as well as in identifying their role. The workshops that followed each visit allowed the participants to put forward creative expressions representing each theme. The best expressions and phrases were selected by the organizing team and added to the Youth Forum website.

Each of the sites visited dealt with a particular topic:

The interactive site: http://www.patrimoniojoven.com/ was created to link the participating countries and to promote projects related to World Heritage. The site can be consulted online (before, during and after the Youth Forum).

The site contained information on World Heritage sites found in the 10 countries and featured relevant news, photos and videos of the day to day activities of the students.

The proceedings of the event are also available in DVD format and include PowerPoint presentations prepared by each student describing the World Heritage site nearest to their school including some didactic material at the Forum. ( See Youth Forum pictures )

The 8th episode of cartoon the series Patrimonito's World Heritage Adventures entitled Patrimonito in Spain: Old City of Ávila was released on the 19 June in DVD format.

The cartoon film was produced based on the best entry of the Patrimonito Storyboard Competition 2009 held in Spain on the theme " The challenges of living in a World Heritage Historic City " with the participation of ASPnet schools students between 12 and 15 years old.

The young winners were invited to participate in the Youth Forum:

A small ceremony was held on the evening of 20 June to award the UNESCO certificates to the winners of the Storyboard Competition. Copies of the DVD were also given to all the participants of the Forum.

Simultaneous to the preparations for the Youth Forum, a competition was held among the schools of the young people. This was organized by the Spanish Ministry of Culture in collaboration with Hostelling International who offered to give cash prizes to the best World Heritage school project.

The Hostelling International Christina Cameron Awards went to  the project "Jesuit ruins are ours... let's make them know" from Centro Educativo Los Laures (Paraguay), first prize; the Instituto Superior Pedagógico Público Santa Rosa (Peru) with "Strengthening of students' capacities at the Educative Centre Santa Rosa for the Conservation of City of Cusco World Heritage site" won the second prize and finally, the third prize went to Spain for the project "The mudejar art in Teruel, a Heritage close to us" carried out by the Colegio Público de IES Gloria Fuertes, Teruel.

Opening ceremony of the 33rd session of the World Heritage Committee

The youth participants presented the results of the Youth Forum on 22 June during the opening ceremony of the 33rd Session of the World Heritage Committee. Included in the presentation were:

(a) a Video on the activities and the creative expressions formulated by the students during the Forum;

b) the Announcement and awarding of certificates for the Cristina Cameron Hostelling International Award to the students of the winning school projects;

A small folding brochure (containing the creative expressions made by the young participants) and a copy of the DVD of the 8th episode of the cartoon series were distributed to all registered participants of the 33rd World Heritage Committee Session during the registration and the opening ceremony. 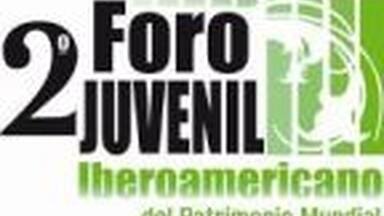 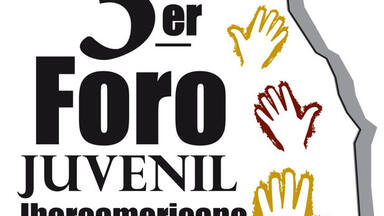 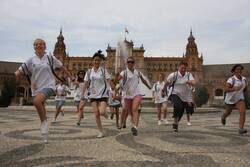 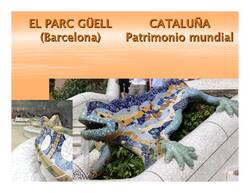