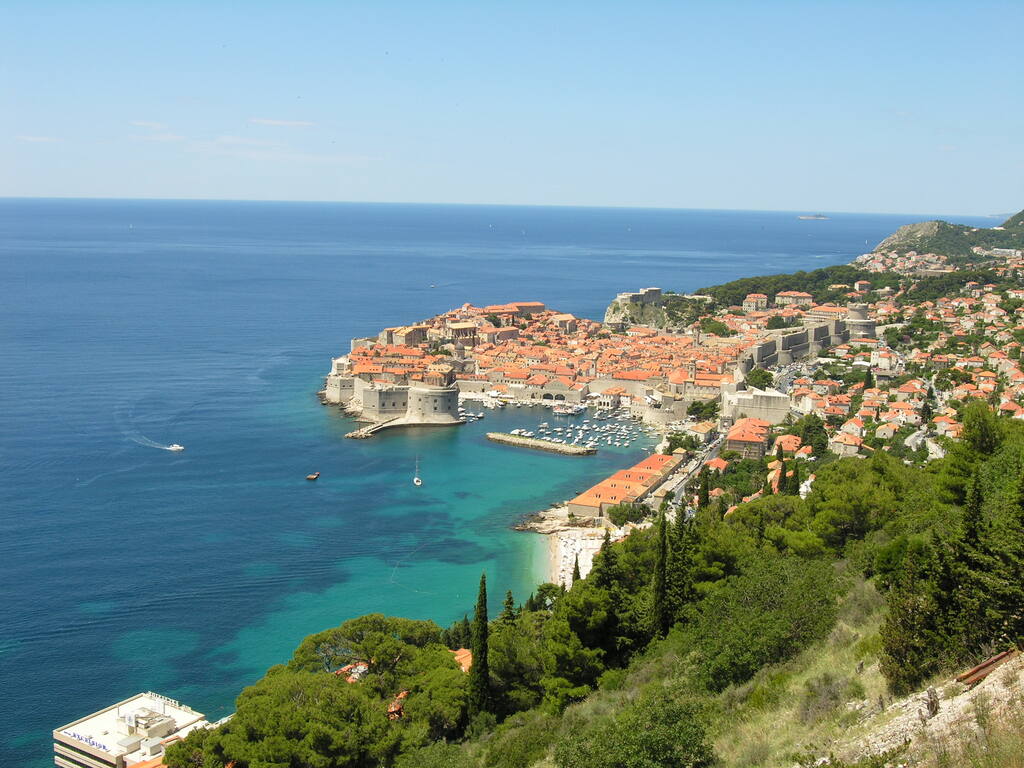 We, the young people "Patrimonitos" (heritage protectors), as we call ourselves, are so happy to be here in the World Heritage City of Dubrovnik. During this forum we became aware of the importance of preserving our heritage which we consider to be our treasure, and we discussed our ideas for protecting the World heritage with the young people from 23. From this forum we have examined more closely the work of UNESCO on World Heritage to prevent such gems from being destroyed. We have some needs concerning preserving World's cultural and natural heritage as follows:

Therefore, please help us to continue in a similar spirit by promoting a better understanding and appreciation of UNESCO's efforts as to preserve World Heritage. We have not just been talking about peace but we have also been building peace. If you do not act according to international conventions then they are useless.

We started at Bergen, Norway, a year ago; we proceeded in Dubrovnik, Croatia, so let us continue as we are the ones who are inheriting the future.

The main focus of the Dubrovnik Forum was the preparation of the World Heritage Education Kit. Both students and teachers expressed their belief that good teaching materials are as important as practical work outside the classroom and personal experience of the World Heritage sites. Visual materials such as slides, videotapes, computer programs and CD-ROMs, posters, and photographs are considered essential for bringing World Heritage in classrooms. Some of these should preferably be prepared by students themselves. The role of the teacher was emphasized. The students felt that teachers should be able to ensure the introductory part, facilitating the "exploration" of World Heritage rather than merely teaching it.

The activity consisted of plenary and creative workshops. In the plenary, participants were introduced to the goals of the Dubrovnik Forum, as part of the ongoing Project aiming at introducing young people to World heritage as well as to the problems and possible solutions which appear in this particular field of educational work. The students chose among six workshops inspired by the heritage of Dubrovnik and its region while the teachers worked in groups discussing educational approaches to World Heritage in classrooms, project implementation, development of didactic tools, etc.

The students launched an "Appeal" to the European Ministers responsible for cultural heritage who met in Helsinki while the teachers discussed and finalized a Framework of Action for World Heritage Education for the period 1996-2001 thus establishing a solid reference for all those who want to continue or join the Project in future.

Students admitted that they have difficulty envisaging their contribution on national and global levels; some suggested establishing permanent for a on the issue of World Heritage on a country level and proposed to work on restoration sites thus contributing directly to the safeguarding of heritage.

At European level, there were proposals to establish twin schools and pen pals. The e-mail and the Internet, which during the Forum made it possible to establish rapid communication with students and teachers in schools all over Europe and the world, demonstrated the immense possibilities of exchanging experience and ideas through modern technology and putting it to use in the best interest of mankind.

It was evident, however, that more frequent meetings at the national and regional levels are necessary in order to reach a level where projects in schools would be the continuing motors of learning and understanding. International workshops and summer camps seem to be a major starting point for many and their first encounter with World Heritage.

113 participants from 23 countries, of which: 43 students, 21 Teachers, 9 representatives from various government bodies, 37 representative from non governmental organizations or institutions and 3 interpreters.

Croatian Ministry of Education and Sport
State Agency for the Protection of Cultural and Natural Heritage;
National Park Plitvice Lakes
Institute for the Restoration of Dubrovnik