Mount Wuyi is the most outstanding area for biodiversity conservation in south-east China and a refuge for a large number of ancient, relict species, many of them endemic to China. The serene beauty of the dramatic gorges of the Nine Bend River, with its numerous temples and monasteries, many now in ruins, provided the setting for the development and spread of neo-Confucianism, which has been influential in the cultures of East Asia since the 11th century. In the 1st century B.C. a large administrative capital was built at nearby Chengcun by the Han dynasty rulers. Its massive walls enclose an archaeological site of great significance. 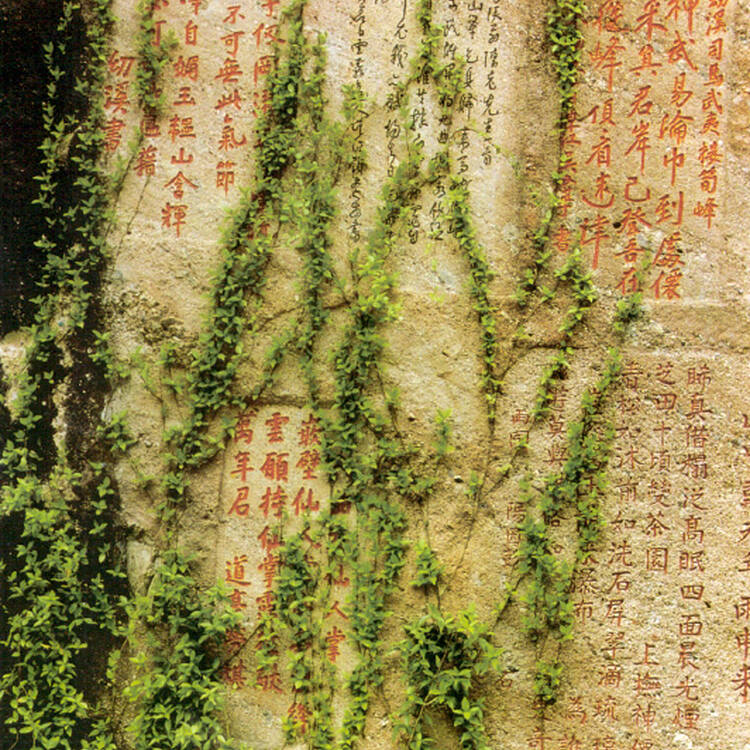 Mount Wuyi, located in China’s south-east province of Fujian, contains the largest, most representative example of a largely intact forest encompassing the diversity of the Chinese Subtropical Forest and the South Chinese Rainforest.  Of enormous importance for biodiversity conservation, the property acts as a refuge for an important number of ancient, relict plant species, many of them endemic to China, and contains an extremely rich flora and fauna, including significant numbers of reptile, amphibian and insect species.

The serene beauty of the dramatic gorges of the Nine-Bend River is of exceptional scenic quality in its juxtaposition of smooth rock cliffs with clear, deep water. Situated along this river are numerous temples and monasteries, many now in ruins, which provided the setting for the development and spread of Neo-Confucianism, a political philosophy which has been very influential in the cultures of East Asia since the 11th century. In particular there are no fewer than 35 ancient Confucian academies dating from the Northern Song to Qing Dynasties (10th to 19th centuries CE). In addition the area contains tombs, inscriptions and rock shelters with wooden boat coffins dating back to the Shang Dynasty (2nd century BCE), and the remains of more than 60 Taoist temples and monasteries.

In the 1st century BCE a large administrative capital was built at nearby Chengcun by the Han Dynasty rulers.  Its massive walls enclose an archaeological site of great significance.

The property consists of four protected areas: Wuyishan National Nature Reserve in the west, Nine-Bend Stream Ecological Protection Area in the centre and Wuyishan National Scenic Area in the east are contiguous, and the Protection Area for the Remains of Ancient Han Dynasty is a separate area, about 15km to the south-east. Totalling 107,044 ha, the property is surrounded by a buffer zone of 40,170 ha and has been inscribed for cultural as well as scenic and biodiversity values.

Criterion (iii): Mount Wuyi is a landscape of great beauty that has been protected for more than twelve centuries.  It contains a series of exceptional archaeological sites, including the Han City established in the 1st century BCE and a number of temples and study centres associated with the birth of Neo-Confucianism in the 11th century CE.

Criterion (vi): Mount Wuyi was the cradle of Neo-Confucianism, a doctrine that played a dominant role in the countries of Eastern and South-eastern Asia for many centuries and influenced philosophy and government over much of the world.

Criterion (vii): The spectacular landforms in the eastern scenic area around Nine-Bend Stream (lower gorge) are of exceptional scenic quality, with isolated, sheer-sided monoliths of the local red sandstone.  They dominate the skyline for a tortuous 10 km section of the river, standing 200-400 m above the riverbed, and terminate in clear, deep water. The ancient cliff tracks are an important dimension of the site, allowing the visitor to get a ‘bird’s-eye-view’ of the river.

Criterion (x): Mount Wuyi is one of the most outstanding subtropical forests in the world.  It is the largest, most representative example of a largely intact forest encompassing the diversity of the Chinese Subtropical Forest and the South Chinese Rainforest, with high plant diversity.  It acts as a refuge for a large number of ancient, relict plant species, many of them endemic to China and rare elsewhere in the country.  It also has an outstanding faunal diversity, especially with respect to its reptile, amphibian and insect species.

Mount Wuyi has a high level of ecological and landscape integrity, as well as a long history of management as a protected area.  It has had strict protective status since 1979, prior to which provincial and central governments had issued protective edicts over the area for more than 1,000 years.  It is a large property with all elements necessary to express its values included within the boundaries of the inscribed area, and has an effective buffer zone. The property lies within one provincial administration of Fujian, and in 1999 when the property was inscribed, few inhabitants lived within the Wuyishan National Nature Reserve; the 22,700 inhabitants (24,500 in 2012) in Mount Wuyi being scattered through 14 villages primarily in Nine-Bend Stream Ecological Protection Area and Wuyishan National Scenic Area. The water and soil loss caused by the increased tea production activities of inhabitants has certain impact and is a challenge for management.

The cultural landscape in the eastern zone, along the Nine-Bend River, has conserved a remarkable degree of authenticity, largely owing to the strict application over more than a millennium of the 8th century ban on fishing and forestry operations. However, the intact cultural properties in this region have to a considerable extent lost their authenticity in design, materials, and function as a result of numerous changes of use and reconstructions. By contrast, the archaeological sites - the Chengcun ancient town site, the boat coffins, and the remains of demolished or collapsed temples, academies, and monasteries - possess full authenticity.

The Mount Wuyi World Heritage property is wholly owned by the government of the People’s Republic of China.  It is listed as a state-level nature reserve, a state-level scenic area, a forest park and a state-level cultural relics protection unit, thus assuring the safeguarding of both the cultural and natural values of the property, under a number of national laws including: the Forestry Law (1998), the Environmental Protection Law (2002), Regulations on Nature Reserves (2002), Cultural Relics Protection Law (2002), the Law on the Protection of Wildlife (2004), and Scenic Areas Ordinance (2006). Regulations relating specifically to Mount Wuyi were promulgated by the National Government in 1982, 1988, 1990, 1995, and 1996.  The property was designated as a UNESCO (MAB) Biosphere Reserve in 1987, giving it additional international and national protection status.

At the provincial level, Fujian Province has issued the Regulations of Fujian Province on the Protection of Mount Wuyi World Cultural and Natural Heritage and other special local regulations relating to the protection of Mount Wuyi as a World Heritage property.  A master plan or a protection plan has been compiled for each of the four protected areas of the property.  Special administrative organizations, including an on-site Monitoring Center, have been set up for the property. The Monitoring Center conducts periodic monitoring on the condition of the property’s cultural and natural resources, the overall ecological environment of the property, and the potential damage to the property resulting from the pressures of tourism.  The Center is also responsible for conducting research on the subtropical forest ecosystem, biodiversity protection, and sustainable development of the nearby community. This ongoing monitoring and research programme informs policy review to enhance the safeguarding of the property’s integrity and authenticity.

Future management priorities include: reduction of the impacts from domestic sewage and solid waste on the water quality of the Nine-Bend River; improved forest fire management taking advantage of GIS technology, improving fire control facilities and training professional staff; reduction of the weathering of rock inscriptions; and measures to achieve sustainable development of the tea industry.