The List Rock Art of the Mediterranean Basin on the ...
Print

The late prehistoric rock-art sites of the Mediterranean seaboard of the Iberian peninsula form an exceptionally large group. Here the way of life during a critical phase of human development is vividly and graphically depicted in paintings whose style and subject matter are unique. 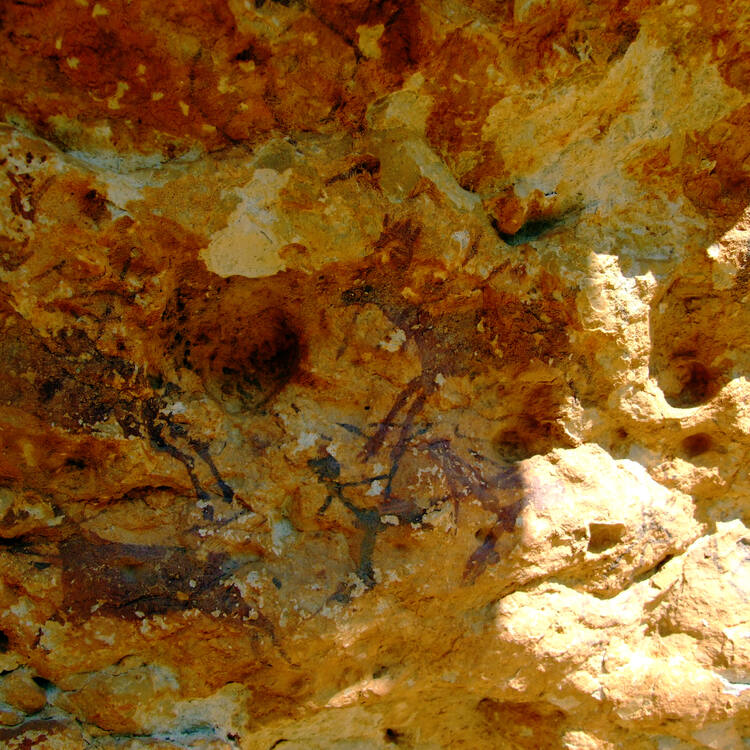 The Rock Art of the Mediterranean Basin on the Iberian Peninsula is the largest group of rock-art sites anywhere in Europe, and provides an exceptional picture of human life in a critical phase of human development, which is vividly and graphically depicted in paintings that are unique in style and subject matter.

Prehistoric Levantine rock art sites are found in the coastal and inland mountain ranges of the Mediterranean Basin of the Iberian Peninsula over 1,000 kilometres of coast, from Catalonia to Andalusia. The property includes 758 sites distributed across six Autonomous Communities - Andalusia, Aragón, Castilla-La Mancha, Catalonia, Murcia, and Valencia - located in scarcely populated areas with high ecological and landscape values.

The paintings are found in shallow open-air shelters, on front walls and sometimes on the ceilings of the shelters. They have a number of regional variations, which are not always easy to distinguish. The northern zone has mainly single, naturalistic zoomorphic figures and rare stylized human figures. The Maestrazgo and Lower Ebro zones include representations of dynamic hunting and combat scenes containing human figures. The mountain areas of Cuenca and Albarracín have paintings in shelters and siliceous rocks, while the Júcar river cave and neighbouring mountain area have depictions of action-filled hunting scenes. The paintings in the Safor and La Marina regions (Valencia and Alicante) depict hunting and social scenes but no combat, while in the Segura River basin and neighbouring mountain areas zoomorphism predominates. Finally, in Eastern Andalusia, the Los Vélez region and the foothills of the Sierra Morena, paintings include mostly zoomorphic figures.

The figures are simple silhouettes or roughly filled in with a pigment and outlined. The predominant colours are red, black and to a lesser extent, white and yellow. Their fine lines of between 1 and 3 mm thick were done with quills and/or elements from plants. The figures were sometimes filled in with spot colours.

The scenes depicted are the first narrations of European Prehistory, and they provide us with very relevant information about the following aspects: Individual or group hunting activities; trapping and tracking of wounded animals; harvesting, such as honey, an outstanding historical reference of beekeeping; the first evidence of organized military confrontations; combats and executions; scenes from daily life, which provide us with information about their clothes and personal adornments marking social differences during Prehistory; funeral rites and scenes of rituals; witch doctors, feminine divinity, and figures that combine human and animal characteristics (amongst the human figures, archers are the most common as well as women and children); zoomorphic figures, single objects, or abstract motifs.

Likewise, the survival of the indigenous fauna gives the exceptional quality of a timeless landscape to these areas, as these places constitute the last reserves of certain threatened species of animals in Europe, such as the Golden Eagle, Bonelli’s Eagle or the Peregrine Falcon. Also, the rarest of European mammals are still present, such as the Iberian lynx or the Spanish ibex.

The Rock Art of the Mediterranean Basin on the Iberian Peninsula constitutes an exceptional historical document due to its broad range and provides rare artistic and documentary evidence of the socio-economic realities of prehistory. It is exclusive to the Mediterranean basin of the Iberian Peninsula due to the complexity of the cultural processes in this region in later prehistory and factors related to conservation processes, such as the nature of the rock and specific environmental conditions as well as the range of subjects depicted and techniques employed.

Criterion (iii): The corpus of late prehistoric mural paintings in the Mediterranean basin of eastern Spain is the largest group of rock-art sites anywhere in Europe and provides an exceptional picture of human life in a seminal period of human cultural evolution.

The property contains all the necessary elements to convey its Outstanding Universal Value. Most of the shelters and of the actual paintings themselves, as well as the natural environment, are in adequate state of conservation. The material integrity of these paintings is largely due to the quality of the rock that supports them and to the specific atmospheric conditions that contribute to their conservation in the open air. The natural conditions and the isolation of a great number of rock art sites are essential factors in maintaining the good state of conservation.

However, some of the sites have deteriorated for several reasons including specific environmental conditions, the nature of the rock itself, and damage caused by acts of violence and vandalism. The vulnerability and fragility of the sites need to be addressed through systematic management and conservation measures.

The Rock Art of the Mediterranean Basin on the Iberian Peninsula has maintained a high degree of authenticity as they undeniably represent prehistoric art created at the end of the last glaciation. A study of the history of its discovery and conservation reveals that there has been no attempt to restore the diverse paintings, and so their individual authenticity is equally irrefutable.

As a preliminary measure to protect and preserve the rock art sites within the property, the Autonomous Communities involved have specifically documented them in an inventory.

There are several legal frameworks for protection of the property. The State Law of Spanish Historical Heritage has directly declared the “caves, shelters and places containing expressions of rock art” as Property of Cultural Interest (Bien de Interés Cultural), and the legislation covering these sectors of the Autonomous Communities has established similar provisions.

The protection of rock art sites by means of specific legal documents (e.g. the Ground Law, environmental legislation) is undertaken by the jurisdiction of each Autonomous Community.

Territorial and urban planning includes these areas in their catalogues of protection thereby actively integrating them into their territorial resource planning. Even if not all town councils have adequate planning, especially small towns, the authorities encourage the drafting of the aforementioned plans.

Likewise, most of the sites are located on public land (70%), which ensures public access. Concerning
privately-owned land, the already mentioned State Law of Spanish Historical Heritage makes it compulsory to allow public visits. From a legal point of view this regulation assures public access to see rock art. Exceptionally, the public authorities in charge have acquired some rock art sites in order to adequately protect them.

The Autonomous Communities have set up management plans to conserve and enhance the value of their ensembles of rock art. The ensembles with both natural and cultural heritage, which are inseparable from their surroundings, are mainly managed by public entities (For example, Plans for Natural Spaces, Archaeological Parks or Cultural Parks).

Of the 758 inventoried sites, 28% are restricted to public access and 23% have a security system. Many shelters are located in areas with difficult access and benefit from natural protection. However, plans to close them have been drafted, that would include the creation of barriers and access restrictions to ensure appropriate protection. Fire protection plans have also been created.

In order to monitor and coordinate the management of the sites, the Council for Rock Art of the Mediterranean Basin was created in 1998.

play_arrow Rock Art of the Mediterranean Basin on the Iberian ... (UNESCO/NHK)