Historic Monuments of Novgorod and Surroundings

Historic Monuments of Novgorod and Surroundings

Situated on the ancient trade route between Central Asia and northern Europe, Novgorod was Russia's first capital in the 9th century. Surrounded by churches and monasteries, it was a centre for Orthodox spirituality as well as Russian architecture. Its medieval monuments and the 14th-century frescoes of Theophanes the Greek (Andrei Rublev's teacher) illustrate the development of its remarkable architecture and cultural creativity. 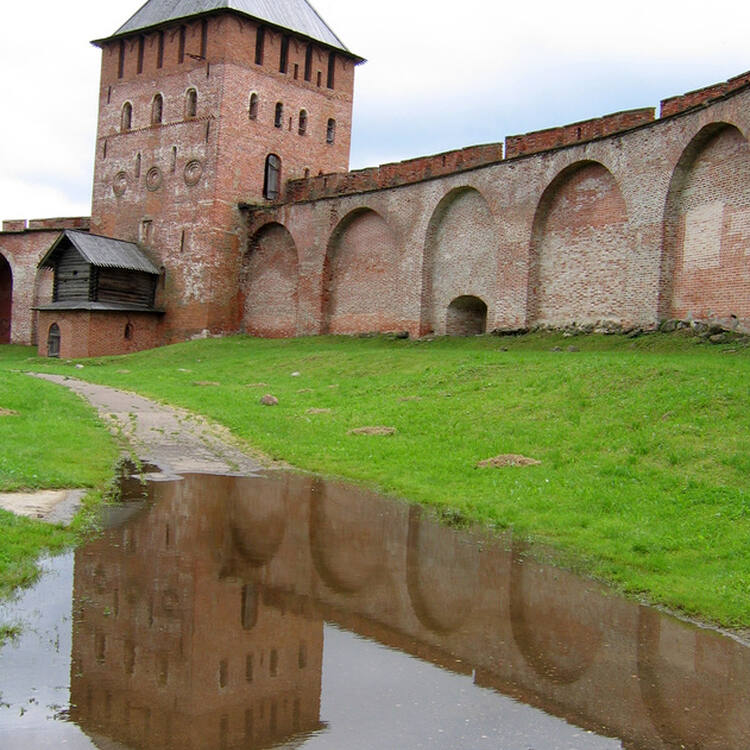 The town of Novgorod, the earliest documentary reference to which dates from the 9th century, lay on the trade routes linking the Baltic and Scandinavian countries of northern Europe with Central Asia and Byzantium.

A serial property, the Historic Monuments of Novgorod and its Surroundings have a direct relation to the process of establishment of the Old Russian state in 9th-10th centuries. The urban aristocracy that governed the city-republic through a People's Assembly (Vece) invited a prince from the Swedish (Varangian) dynasty of the Rurikids to reign over the Russian lands throughout 700 years.

Due to the care of its Orthodox archbishops, Novgorod was one of the oldest and most important centres of Russian art and, more generally, of Russian culture. The most ancient Russian Old Church Slavonic manuscripts (11th century) were written at Novgorod, including an autonomous historiography (as early as the 12th century) and, in particular, the first complete translation into Slavonic of the Old and New Testaments (late 15th century). Novgorod was a birthplace of the national style of stone architecture, and one of the oldest national schools of painting.

The majority of historical monuments are associated with Novgorod Republic (12th-15th centuries) which itself was a unique phenomenon of Medieval Russia. It was only after the conquest of the two republics (1478, in the case of Novgorod) by the Muscovite rulers that the present Russian capital acquired cultural supremacy.

Novgorod’s historic monuments are situated not only in the city centre but also in some outlying areas. In Novgorod itself, there is the district of Saint Sophia, including the Kremlin with its 15th-century fortifications, reinforced in the 17th century; the church of St. Sophia from the mid-11th century; and other monuments from the 12th to 19th centuries. There are monuments in the commercial district, including many of the oldest churches in the town, such as the Church of the Transfiguration, decorated with frescoes at the end of the 14th century by Theophanes the Greek, who was the teacher of Andrei Rublev. There are also four religious monuments from the 12th and 13th centuries outside the old town, including the famous Saviour Church on Nereditsa.

The outstanding archaeological and cultural layers of Novgorod of 10th-17th centuries occupy an area of about 347 ha, with a depth of 7-8 metres and are waterlogged and anaerobic, thus preserving organic materials.

Criterion (ii): An outstanding cultural centre, the birthplace of the national style of stone architecture, and one of the oldest national schools of painting, the town of Novgorod influenced the development of Russian art throughout the Middle Ages.

Criterion (vi): Novgorod was one of the major centres of Russian culture and spirituality; its monuments and the treasures they house bear living witness to this.

The property Historic Monuments of Novgorod and Surroundings is a serial property, and the integrity of each of its components is provided by the buffer and protection zones. The attributes that express the Outstanding Universal Value can be found within the boundaries and prove the significant importance of the property as an an integral architectural ensemble that evolved harmoniously over the centuries. A significant proportion of the archaeological remains are within the boundaries of the property.

The components' attributes as well as the dynamic and functional links between them remain undamaged and completely meet the criteria of Outstanding Universal Value. The property suffers from a number of pressures relating to development, infrastructure and environmental change.

The Historic Monuments of Novgorod and Surroundings meet the criteria of authenticity, as their foundation dates and authorship are documented and confirmed by field studies.

The archaeological and cultural layer of the city has high authenticity and is dated by highly developed means of dendrochronology, which have received a worldwide recognition.

All the components of this World Heritage Property possess the characteristics of original artefacts. This serves as a basis for their use in international tourism. The monuments of the property have been conserved since the end of the 19th century and restoration activities were always preceded by overall research to ensure that materials identical to the originals would be used. This also had a positive impact on the understanding and conservation of the property’s Outstanding Universal Value.

As a result, this World Heritage Property possesses attributes that fully express its Outstanding Universal Value.

All the components of the property Historic Monuments of Novgorod and Surroundings are within the boundaries of the historical, architectural and archaeological nature reserve established by the Resolution of the Council of People’s Deputies of Novgorod Region No. 366, dated 25 September 1985. The archaeological and cultural layer is under protection of the Regulation of the Council of Ministers of the Russian Federation No. 624, dated 4 December 1974.

Consequently, scheduled controls of the buildings within the nature reserve are constantly being performed, and ensure that archaeological excavations are undertaken before construction activities are carried out. Security zones of architectural monuments have been developed and approved. Since 2014, the Committee of State Protection of Cultural Heritage Sites of the Novgorod Region has been acting as a management group on the protection and management of the World Heritage property. In 1997, the Novgorod City Administration approved a cadastral plan of Cultural and Historical Heritage Sites of Novgorod, which improved the monitoring system.

Federal funds are used for the conservation of components of the World Heritage property administered by the Novgorod nature reserve as museum pieces, as well as the monuments managed by religious institutions. The monuments overseen by the City Administration are conserved by means of the municipal budget. From the last decade of the 20th century, activities have been carried out aiming at conservation of the property and have enabled the removal of ascertained threats of either development or neglect. The existing protection and management systems are considered effective.

Further improvements to the property could include: promotion of the property by local communities, enterprises, regional government and visitors; provision of adequate human resources for the management and monitoring of the property; research-based management; improvements to the monitoring of monuments; enhancement of the mechanisms to finance restorations; improvement of the visitor management system; development of scientific research projects with the participation of research studies institutes as a source of expert knowledge; continuation of archaeological studies; examination of the pressures exerted on the property; and study of the flow of tourists. 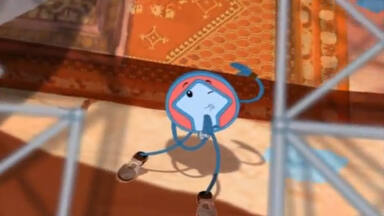