Sweden's production of superior grades of iron made it a leader in this field in the 17th and 18th centuries. This site is the best-preserved and most complete example of this type of Swedish ironworks. 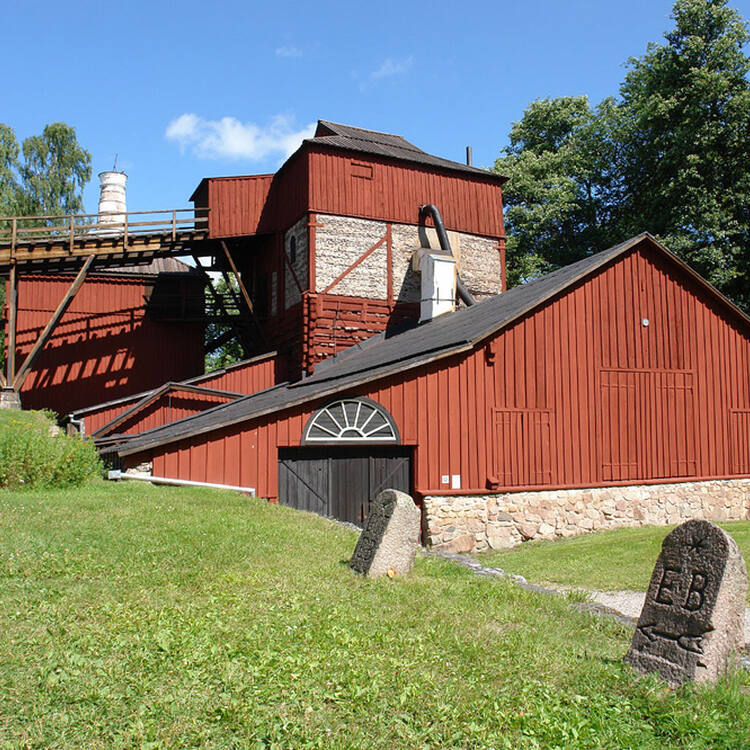 Engelsberg Ironworks, situated in the mining area of Norberg in central Sweden, is an outstanding example of an influential European industrial complex of the 17th to 19th centuries. It is the best preserved and most complete example of a Swedish iron-working estate (järnbruk) of the type which produced superior grades of iron. This made Sweden an economic leader in this field for two centuries and significantly contributed to the country’s prosperity during that period. Important examples of the technological equipment of this era as well as associated administrative and residential buildings are preserved within the property.

Local inhabitants began mining ore and smelting in the 12th century as a supplement to agricultural activities. The introduction of the waterwheel for powering the blast furnace, bellows, and forge to refine iron ore led to the rapid development of the Swedish iron industry. The first iron forge at Engelsberg was in operation during the last years of the 16th century; substantial operations were in place by the mid-17th century. In 1681, a nobleman built a blast furnace at Engelsberg in order to produce pig iron. The present blast furnace, built in 1778-1779 along with an ore crusher and a large charcoal store, incorporated a number of then-contemporary technological innovations. The introduction of a new blowing engine in 1836 resulted in a significant increase in production. A gas-fired ore-roasting kiln was added in 1848. The forge, which was rebuilt in the later 18th century, was re-equipped with French hearths in the 1850s. Axel Ax:son Johnson bought the Engelsberg ironworks in 1916, but found the older works increasingly uneconomical, and closed it down in 1919.

Most of the technological, administrative, and residential buildings at Engelsberg Ironworks have been conserved in their original condition. The 18th-century smelting house, together with its associated installations from later periods, still remains intact. Collectively, they provide a very complete picture of the technological equipment of a traditional Swedish järnbruk. The complex also contains a range of administrative and residential buildings for managers and workers, as well as for those who worked on the associated farm. These include the main building (erected about 1750), office building, inspector’s house, smiths’ cottages, coach-house, stables, brewery, master gardener’s house (1790), and a monumental barn of slag stone (1872). Over 50 buildings of various ages and functions have been preserved here, making Engelsberg one of the most important iron-making complexes from this era in the world.

Criterion (iv): Engelsberg is an outstanding example of an influential European industrial complex of the 17th-19th centuries, with important technological remains and the associated administrative and residential buildings intact.

Within the boundaries of the 9.596ha property are located all the elements necessary to express the Outstanding Universal Value of Engelsberg Ironworks, including technological, administrative, and residential buildings. Its boundaries adequately ensure the complete representation of the features and processes that convey the property’s significance. There is no buffer zone for the property. The property does not suffer unduly from adverse effects of development and/or neglect.

According to the detailed comprehensive plan for Ängelsberg Municipality, developmental pressure constitutes a constant potential risk to the integrity of this property. Due to structural changes affecting traditional industries and the closing of factories, the population of Ängelsberg Municipality decreased significantly during the 20th century, from 700 to 150 inhabitants. The Swedish authorities believe that this trend may also affect the management of the property: if not addressed, there may be a negative impact on the level of service facilities, especially for tourists. The authorities likewise believe a low increase in visitors to be of vital importance for maintaining the Outstanding Universal Value of the property. They also consider it vitally important that private ownership of the property not be restricted.

Engelsberg Ironworks is authentic in its location and setting, forms and designs, and materials and substances. Despite having ceased operations in 1919, most of the technological, administrative, and residential buildings have been conserved in their original condition, and the restoration works have been of the highest quality in terms of techniques and materials.

The attributes that sustain the Outstanding Universal Value of Engelsberg Ironworks are protected under the comprehensive, interlocking Swedish legislation for cultural and environmental protection. The property enjoys strong legal protection under the Cultural Heritage Act (1988) as a national monument (1974). Swedish law effectively forbids developers from compromising the environmental values of Engelsberg. The entire area of Engelsberg Ironworks is explicitly included in the Area of National Interest for Strömsholm Canal established under the federal Environmental Code.

The relevant regional authority for Engelsberg Ironworks is the Västmanland County Administrative Board. Overall national supervision of all cultural properties is exercised by the Swedish National Heritage Board. Building permits are granted by Fagersta Municipality. Engelsberg Ironworks is owned and maintained by a private company, Nordstjernan AB. A Management Council is responsible for the inspection of the buildings, ensuring that maintenance measures are undertaken by experts and, when necessary, by external specialists. The goal of the Management Council is the continued protection and development of this World Heritage property. It maintains contact with relevant authorities, and ensures that Engelsberg Ironworks is protected and accessible. The management plan, prepared in 2005, is continuously updated, and the houses are kept and restored accordingly. Engelsberg Ironworks is open and accessible to the public at specific times.

Sustaining the Outstanding Universal Value of the property over time will require managing, to the degree possible, the ongoing developmental pressure and the population decline related to structural changes affecting traditional industries and the closing of factories.