Set around the lush Tanbaly Gorge, amidst the vast, arid Chu-Ili mountains, is a remarkable concentration of some 5,000 petroglyphs (rock carvings) dating from the second half of the second millennium BC to the beginning of the 20th century. Distributed among 48 complexes with associated settlements and burial grounds, they are testimonies to the husbandry, social organization and rituals of pastoral peoples. Human settlements in the site are often multilayered and show occupation through the ages. A huge number of ancient tombs are also to be found including stone enclosures with boxes and cists (middle and late Bronze Age), and mounds (kurgans) of stone and earth (early Iron Age to the present). The central canyon contains the densest concentration of engravings and what are believed to be altars, suggesting that these places were used for sacrificial offerings. 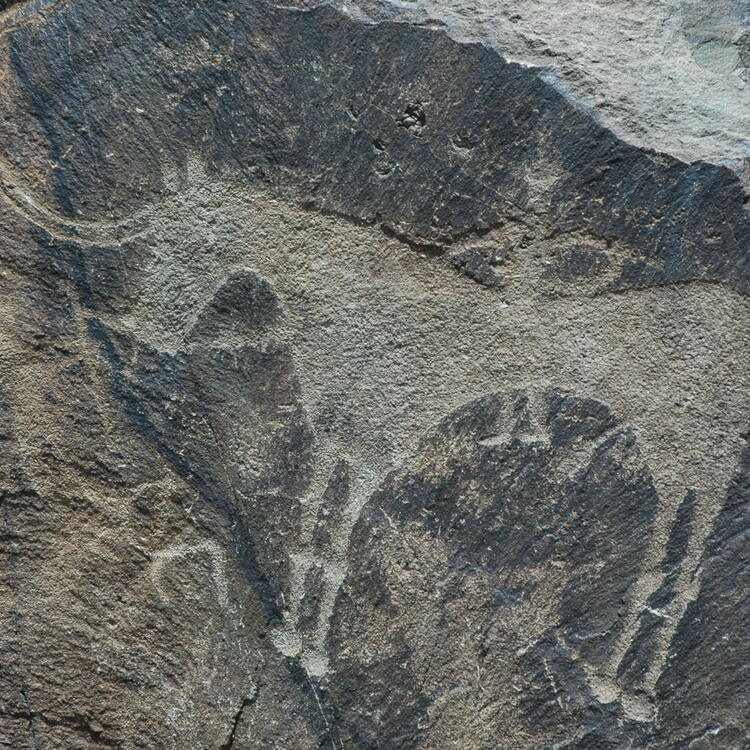 Petroglyphs within the Archaeological Landscape of Tamgaly © UNESCO

Towards the western end of the Tienshan Mountains in the southeast of Kazakhstan, the Chu-Ili mountain spur forms a canyon around the Tanbaly Gorge. An abundance of springs, rich vegetation and shelter distinguishes the area from the arid mountains that fringe the border of Kazakhstan with Kyrgyzstan to the south, and from the flat dry plains of central Kazakhstan to the north. The Gorge and its surrounding rocky landscape, where shiny black stones rise up rhythmically in steps, have attracted pastoral communities since the Bronze Age, and have come to be imbued with strong symbolic associations.

The Archaeological Landscape of Tanbaly features a remarkable concentration of some 5,000 petroglyphs, associated settlements and burial grounds, which together provide testimony to the husbandry, social organization and rituals of pastoral peoples from the Bronze Age right through to the early 20th century. The large size of the early petroglyphs, their unique images and the quality of their iconography sets them apart from the wealth of rock art in Central Asia.

The property covers a roughly circular area of 900 ha and includes the 982m peak of Mt.Tanbaly. The Tanbaly River flows through the centre and out onto the plain below, to the north. Surrounding the property is a large buffer zone of 2900 ha, which to the northwest and southeast of the property includes outliers of the petroglyphs, and further burial mounds and ancient settlements.

Petroglyphs on unsheltered rock faces, which have been formed using a picketing technique with stone or metal tools, are the most abundant monuments on the property. Images have been recorded in 48 different complexes, of which the most important are five complexes, displaying about 3,000 images. By far the most exceptional engravings come from the earliest period and are characterized by large figures deeply cut in a sharp way with a wide repertoires of images including unique forms such as solar deities, zoomorphic beings dressed in furs, syncretic subjects, disguised people, and a wide range of animals.

The delineation of the property into a sacred core and outer residential periphery, combined with sacred images of sun-heads, altars, and enclosed cult areas, provide a unique assembly, which has maintained persistent sacred associations from the Bronze Age to the present day.

Criterion (iii): The dense and coherent group of petroglyphs, with sacred images, altars and cult areas, together with their associated settlements and burial sites, provide a substantial testimony to the lives and beliefs of pastoral peoples of the central Asian steppes from the Bronze Age to the present day.

The natural landscape creates a discrete and finite setting for the rock art. The whole of the concentrated central area and the immediate peripheral area have been included within the boundaries of the property.

The Petroglyphs within Archaeological Landscape of Tanbaly still keeps its pristine character and essential natural and cultural features intact. It also has well-preserved cultural layers, representing the evidence of all the stages of development of this important cult centre of a large region.

However, the road across the northern part of the property, constructed in the Soviet period, creates a visual intrusion that needs to be addressed. The concrete posts of the former electricity line and some modern sheepfolds have been removed after the inscription of the property on the World Heritage List. As development and settlement of neighbouring properties is proceeding rapidly, to protect the integrity of the landscape, strong planning and control regulations will need to be enforced to regulate the design, height and scale of new buildings and urban infrastructure.

The main elements of the cultural landscape are the petroglyphs of the different levels of visibility (from bluish black ones of the Bronze and Early Iron Age to the light grey carvings of the latest time), the low stone-earth mounds and stone tombs hardly visible on the surface, the ruins of stone dwellings and enclosures. Despite of the fact that some parts of the rock massifs have traces of ancient destruction (Groups II-III) and modern graffiti (Groups IV-V), as a whole the gallery of petroglyphs preserved its integrity and representativeness. The traces of the past archaeological excavations (dump piles, shallow digs of the burials) are inconsiderable, partly removed and not noticeable in the whole context of the other sites and the landscape.

The main threats to the physical integrity of the property come from weathering in combination with the geological formation of the rocks. Water ingress and stratification of the bedrock parallel to the surface make the rock face vulnerable to exfoliation. The high water table and its salinity also affect the bones and artefacts (grave goods) that can be found in the burials. These decay factors are also exacerbated by the extreme variation in temperatures daily and seasonally. There is also a threat of earthquake activity in the Almaty region, and fires in the steppes. In terms of human factors, uncontrolled visitation and graffiti pose a threat to the integrity of the component parts.

The natural and cultural features and setting of the property, Petroglyphs within Archaeological Landscape of Tanbaly, maintain a high degree of authenticity. All of the important components of the cultic centre are present and clearly legible.

The Petroglyphs within Archaeological Landscape of Tanbaly is a Property of National Significance, inscribed on the List of Monuments of History and Culture in 2001. It is owned by the State and protected under the 1992 Law on the Protection and Use of Historical and Cultural Heritage. The property and its buffer zone are a territory of the State Archaeological Reserve of Tanbaly, a reserve-museum established under the Ministry of Culture of the Republic of Kazakhstan in 2003, as a permanent management agency for the property. The management authority has offices at the visitor centre on the territory adjacent to the buffer zone and comprises five departments: administration, scientific research, archive, logistics, and security services. A representative’s office for the reserve-museum is housed in the regional administrative centre of Usyn-Agash.

The activities of the reserve-museum staff are focused on ensuring proper protection and conservation of the property and buffer zone, and its cultural and natural components. These activities are based on the property’s Management Plan, which is updated every five years and the General Concept for the State Reserve-Museums Development (2009). The activities are also focused on developing cooperation between all interested institutions in the fields of conservation, scientific research, tourism, education, among others.

Among the current priorities of the reserve-museum is updating the management plan developed by the joint UNESCO- Norwegian-Kazakhstan project for the 2012-2017 period. The most important issues affecting the property’s protection and conservation will be considered in the context of this project.