b) Forced evacuation of Park staff;

Bodo insurgency resulting in destruction of Park infrastructure and depletion of forest habitat and wildlife populations.

Corrective measures were identified by the joint 2005 UNESCO/IUCN mission and adopted by the Committee at its 29th session (Durban, 2005):

b) Take prompt measures to fill vacant positions within the Park;

c) Ensure timely release of funds to the Park, in compliance with the recent Supreme Court ruling; and

d) Undertake a comprehensive wildlife survey in the Park, which could act as a future baseline for monitoring recovery of the property.

In February 2007, the State Party submitted a Rapid Rural Assessment of Wildlife Values of the property. This report included information on the status of habitat and key wildlife species within the park, NGO conservation efforts, and administrative issues. The State Party has reported on progress for three of the four corrective measures adopted by the Committee at its 29th session (Durban, 2005) and on progress in implementing some of the other recommendations of the 2005 UNESCO/IUCN mission.

Following progress was reported in the implementation of the corrective measures:

The State Party has reported on good progress in re-building Park infrastructure with 29 camps currently operational. Volunteers and the Forest Department are also involved in ongoing activities to clear roads and trails. The report did not include new information on communication within the Park, particularly re-building of bridges and culverts.

b) Take prompt measures to fill vacant positions within the park

A current shortfall of 140 positions out of 445 sanctioned posts is reported, but interviews are underway for filling these positions.

c) Ensure timely release of funds to the Park, in compliance with the recent Supreme Court ruling of the State Party

The State Party has not reported on park funding in relation to the release of funds.

d) Undertake a comprehensive wildlife survey in the Park, which could act as a future baseline for monitoring recovery of the property

The State Party report acknowledged that the short time period and time of year of the assessment produced only limited quantifiable data that could be used for establishing baselines for key wildlife species.

A tiger census has been planned for March 2007 as there has been no tiger census data since 2000, which showed a decline from the high of 89 tigers recorded in 1997 to 65 tigers in 2000. The most recent elephant census was in 2005, showing a decline of over 50% from 567 elephants in 2002 to 247 elephants in 2005. There is an active rhinoceros reintroduction programme with a single female having been brought to an enclosure in the Park in 2006. There is no data showing the presence of swamp deer, which therefore, appears to have become locally extinct.

The State Party has also reported on contributions by the NGO community which include an innovative use of former poachers in conservation.

The State Party’s report includes little information on progress in implementing the other of the 2005 mission recommendations except for the establishment of a camp in Panbari Range Area of the Manas World Heritage property. Specifically no information is provided on the following recommendations from the 2005 monitoring mission:

(i) working with Bhutan to form a transboundary property, and holding consultation between India and Bhutan in relation to the release of water from the upstream dam in Bhutan;

(ii) coordination between Park staff and the Bodo people on planning and conservation activities;

(iii) identifying sources of funding, the Supreme Court ruling and the timely release of funds for park management, mechanisms for transferring funds directly to the site such as the Wildlife Areas Development and Welfare Trust, and mechanisms for revenue generation;

(v) defining roles and expectations of all relevant stakeholders in relation to future community development activities.

IUCN and the World Heritage Centre welcome the State Party’s progress on re-building infrastructure, filling vacancies, and carrying out the rapid assessment of wildlife in the Park. However, it is noted that further work is requried to achieve these benchmarks, as well as in relation to the wildlife survey as such information is essential for assessing the maintenance of Outstanding Universal Value of the property.

IUCN and the World Heritage Centre note the inconsistency in the elephant population between the State Party’s reports for 2006 and 2007. The 2006 report noted an increase from 567 to 658 (covers the larger area of the Chirag Ripu Elephant Reserve), whereas the 2007 report indicated a decline from 567 to 247. This inconsistency should be clarified.

While the rapid assessment of wildlife is a very positive step in understanding the status of key species, accurate information for the key species is needed to provide the baseline required for the development of clear benchmarks. It is also noted that the information on bird populations and bird habitats is very limited.

IUCN and the World Heritage Centre note that all approvals in relation to the World Heritage Biodiversity Programme of India have now been secured and hope that implementation of its activities would commence soon.  This was recognized by the Committee, in the decision made at its 29th session (Durban, 2005), as being crucial support for conservation of the property.

3. Notes that the State Party has conducted a rapid assessment of wildlife values and made progress on re-building infrastructure and filling vacancies in the property;

4. Also notes that the State Party has not reported on progress relating to the benchmark on funding for the property, or on implementation of many of the recommendations from the 2005 monitoring mission;

5. Requests the State Party to invite a joint World Heritage Centre/IUCN mission in 2009 to the property to assess progress in achieving the benchmarks and implementing the remaining recommendations from the 2005 monitoring mission, and to indicate a definite time-frame for their completion;

6. Also requests the State Party in consultation with the World Heritage Centre and IUCN to develop a clear set of benchmarks based on the Outstanding Universal Value of the property;

7. Further requests the State Party to provide the World Heritage Centre with an updated report by 1 February 2008 on the state of conservation of the property and on progress in addressing the corrective measures set by the Committee at its 29th session (Durban, 2005) and the other recommendation of the 2005 mission report, in particular the monitoring of key species and creation of a transboundary property with Bhutan, for examination by the Committee at its 32nd session in 2008;

8. Decides to retain Manas Wildlife Sanctuary (India) on the List of World Heritage in Danger. 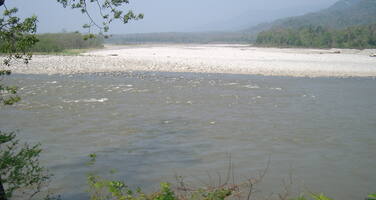