The minor boundary modification request Volcanoes of Kamchatka, Russian Federation, was withdrawn at the request of the State Party. 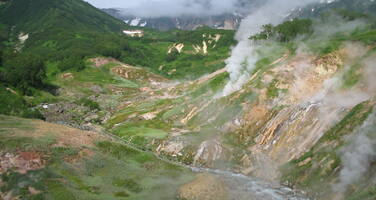