On 27 January 2019, the State Party submitted a report on the state of conservation of the property, available at http://whc.unesco.org/en/list/1182/documents, reporting the following:

In April 2021, the World Heritage Centre provided funding through the Rapid Response Facility (RRF) for the resumption of net retrieval operations in the vaquita sanctuary. Net retrieval operation had been suspended in December last following an incident between the NGO operated net retrieving vessels and illegal fishermen.

On 4 May 2021, the World Heritage Centre sent a letter to the State Party regarding third-party information raising concerns that the new fishing regulations developed for the areas within the property, while including a number of important elements, do not fully address previously raised concerns. No response has been received at the time of writing of this report.

The ongoing inter-institutional efforts aimed at fighting illegal fishing activities in the Upper Gulf of California and illegal trafficking of totoaba products should be welcomed. While the figures reported by the State Party in terms of the seizure of illegal products show that the measures put in place for the detection of illegal trafficking activities are working, they also show that the volume of illegally extracted totoaba swim bladders remains alarmingly high, indicating that illegal fishing activities continue in spite of the important efforts to stop them. The third-party information received also confirms that illegal activities remain widespread in the vaquita sanctuary. It is therefore recommended that the State Party further strengthens these efforts based on a critical assessment of the efficiency of the current efforts on how to improve them.

The efforts by the State Party to continue a dialogue with the States Parties that are transit and destination countries for illegal totoaba products, including within the framework of CITES, should also be welcomed and strongly encouraged to continue.

Ongoing ‘ghost net’ retrieval efforts, including through collaboration with civil society organizations, now formalized through a collaboration agreement, are also welcomed. However, the figures provided by the State Party again indicate that the situation remains of concern, since a large number of ghost nets continues to be found. It is also noted that the ghost nets retrieval activities have been concentrated in the so called “zero tolerance zone”, however, no further information has been provided on how effective the zone has been. The recent suspension of net retrieval operations following the December last incident is of outmost concern, especially that the totoaba illegal fishing season is now well underway.

Finally, in light of significant concerns regarding the drastic decline of the vaquita in recent years, it is noted that while important information has been provided by the State Party regarding the ongoing surveillance and law enforcement activities, no recent update on the status of the vaquita population  has been provided, which makes it difficult to assess the effectiveness of the measures. The report also provides no information if further cases of dead vaquita were reported.

The efforts by the State Party to develop a set of corrective measures and a DSOCR in cooperation with the World Heritage Centre and IUCN are welcomed. It is recommended that the Committee request the State Party to speed up this process and to submit the final revised version with its next report on the state of conservation of the property. The World Heritage Centre and IUCN express their availability to provide further advice to the process, if necessary, through available means, including a technical workshop with participation of the World Heritage Centre, IUCN, including its Species Survival Commission, and the International Committee for the Recovery of the Vaquita (CIRVA). 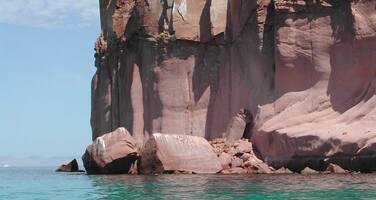