State of Conservation Old Town of Galle and its ... 2018
Print

Old Town of Galle and its Fortifications

On 18 December 2017, the State Party submitted a state of conservation report, available at http://whc.unesco.org/en/list/451/documents, which provides information on the state of the implementation of the previous decisions of the Committee, including the proposed port project and the integrated management system.

With regard to the proposed port, the State Party reports that, while detailed plans have been prepared and the loan from the Japan International Cooperation Agency (JICA) confirmed for the project, it has nevertheless been temporarily deferred by the Sri Lankan Ports authority due to other major port projects being developed in Colombo and Hambantota. For this reason, and as there was only a conditional clearance of UNESCO given in 2016, considering the recommendations of July 2016 ICOMOS Advisory mission, a “fresh set of updated plans will be required at the time of commencement” along with large-scale plans and high resolution, photo montages of the project, as previously requested by the Committee.

Major legislative changes are also reportedly being carried out with regard to the Antiquities Ordinance and the Gall Heritage Foundation Act, and a timetable has been developed and submitted for the implementation of the management plan. Funding for the protection of the property is being obtained through government institutions and others, such as the Central Cultural Fund, the Urban Development Authority, and the Southern Development Authority. The appointment of a marine archaeologist remains to be confirmed.

A Sustainable Tourism Management Plan (MP) is also under preparation, and a draft has been developed in collaboration with stakeholders, with the aim of spreading tourism activities around the area so as to limit the impact of too many tourists at the fort at any one time.

In regard to the proposed port project, the World Heritage Centre and the Advisory Bodies note that the implementation of the scaled-back project has been delayed due to the ongoing work at other port development projects in Sri Lanka. The State Party acknowledges the need for considerably updating the plans before the actual commencement, given that no thorough clearance had been provided by the Committee. This is welcome news, as it will provide additional time to ensure that the project does not have a negative impact on the Outstanding Universal Value (OUV) of the property. The World Heritage Centre and the Advisory Bodies emphasize the need to follow the recommendations of the Heritage Impact Assessment (HIA) and the ICOMOS Advisory mission of July 2016, and that the State Party should submit the requested detailed documents, large-scale plans, and high-resolution photo montages before any work commences for this project. The newly-deferred timeline for the project will allow the World Heritage Centre and the Advisory Bodies to provide advice on the new plans, and the World Heritage Committee will be able make a final decision on the appropriateness of the port project.

It is further noted that steps have been taken to engage a marine archaeologist for the project before the start of the implementation, to ensure that any impacts of the project can be mitigated. The State Party does not intend to extend the buffer zone to include maritime archaeological remains, which are protected under the legal provision of the Antiquities ordinance.

With regard to the timeframe for the implementation of the Integrated Management Plan (IMP), it is noted that many activities were scheduled to be completed in 2017 and most others in 2018. It would therefore be useful to have a detailed report on the implementation of these activities in the State Party’s next state of conservation report. It is further noted that the Sustainable Tourism MP has been submitted and recently reviewed by ICOMOS. It provides sensible provisions and a series of priority actions address most of the issues. However, it makes a significant number of recommendations that require further action and uncertainty remains with regard to their actual implementation, responsibilities, funding and a timetable.  While detailed recommendations with regard to improvement of the Tourism MP will be shared with the State Party, more information should be provided on its current status. The financial position of the Galle Heritage Foundation should be made clear, including how it is funded and whether this funding will be increased to help achieve progress with the recommendations of the Tourism MP.  The Galle Heritage Foundation should consider forming a business plan in order to anticipate the number of staff needed to carry out the requirements of the IMP and the Tourism MP.  Adequate financial resources should be made available, allowing the employment of suitably qualified and talented people to implement the requirements of the IMP and the Tourism MP. Finally, the commitment of the State Party to strengthen its legal and administrative frameworks for the protection of the property is welcomed. 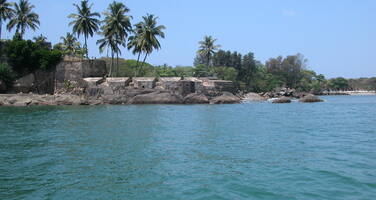