A joint World Heritage Centre/ICOMOS Reactive Monitoring mission visited the property in December 2016 (mission report available at https://whc.unesco.org/en/list/356/documents). Subsequently, the State Party submitted a state of conservation report on 31 January 2017, which is available at the same address. Progress on a number of conservation issues addressed by the Committee at its previous sessions is presented in these reports, as follows:

The mission considered the impact of the Eurasia Tunnel approach road and the Yenikapı land reclamation scheme, the state of conservation of the Ottoman timber houses and the Land Walls and the revision of the Management Plan.

The potential ‘severe negative impact’ on the southern edge of the historic peninsula of the Eurasia Tunnel approach road, an eight-lane urban expressway with two grade-separated interchanges at Yenikapı and Samatya, assessed by the previous mission in 2012, has been confirmed by the 2016 mission. The development of an HIA was carried out after the project was given approval, leaving little room for addressing the recommendations by the Committee on improvements to be made to mitigate its impact. A positive change has been the re-routing of the road south of the Marble Tower, reuniting it with the Land Walls.

The Yenikapı land reclamation project has significantly changed the shape of the peninsula. A large white ‘Activity Tent’ was in course of construction in late 2016. Taken together, the mission considered that these have caused moderate harm to people’s ability to appreciate the historic form and some views of the silhouette of the peninsula. The HIA for the land reclamation project was undertaken after most of the work was completed and while construction of the Activity Tent was on-going.

The common factor in all recent major infrastructure projects, since the Haliç metro bridge, has been the decision to proceed with the implementation of the projects in advance of HIAs being undertaken and of engagement with the Committee. Furthermore, no project details or HIAs have been provided to the World Heritage Centre for the major new Urban Renewal, conservation projects and approved or proposed new buildings mentioned in the State Party report, apart from for the Zeyrek mosque, nor were details of these provided to the mission.

The amount of resources being directed at conservation projects is impressive but so far no details of any of the major projects, such as those for the Land Walls and the the Bucoleon Palace, have been submitted for review, even though the Committee has been requesting these since 2004.

While welcoming the introduction of grants for the repair of Ottoman timber houses, the mission highlighted the continuing degradation of many of these structures for which the Committee has requested action since 2004. In the meantime, urban renewal projects have resulted in some being demolished that were considered irreparable. As urban renewal projects are being actively developed in seven extensive areas, there is an urgent need for the development of the overall long term conservation strategy for the Ottoman houses, as requested by the Committee, so that clear parameters can be been provided to demonstrate that these projects will not result in further demolition.

While the Management Plan has been revised, and this is welcomed, it still needs further work to include a detailed list of the attributes of Outstanding Universal Value (OUV), which should underpin its policies, inform the development of major projects and provide the basis of HIAs.

It is recommended that the Committee express concern that the pace of change in the Historic Peninsula is resulting in a plethora of major projects, both for conservation and new construction, for which no details or HIAs have been provided for review before decisions are taken, and in a large number of renewal area projects which bring many social benefits, but for which no details have been provided to address concerns, expressed by the Committee over more than a decade, that they will prioritize new construction over restoration, leading to further erosion of the attributes of OUV.

To encourage an immediate and proportional response to these structural problems that have the potential to cumulatively impact on OUV, it is also recommended that the Committee request the State Party to clearly define the attributes of OUV in the Management Plan; to ensure the World Heritage Centre is notified of all major projects along with HIAs; and to develop a long-term Conservation strategy for the Ottoman timber buildings, all by 1 February 2018. 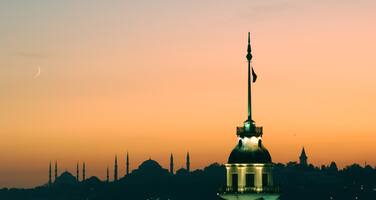