Threats identified at the time of the inscription of the property in 2016:

On 1 December 2016, the State Party submitted a report on the state of conservation of the property, which is available at https://whc.unesco.org/en/list/1356/documents/ and provides response to the requests and recommendations adopted at the time of the inscription of the property, as summarized hereafter:

The strong commitment of the State Party to the conservation and management of the property is expressed in management responses to all requests and recommendations made by the Committee in its Decision 39 COM 8B.7 (Bonn, 2015). The State Party has made laudable progress in reducing risks from future mineral exploration and extraction. However, as acknowledged by the State Party, further efforts are necessary to unambiguously secure the full protection of the property and its buffer zone in this regard. Other factors identified as concretely or possibly affecting the property at the time of inscription, including invasive alien species and illegal commercial extraction of wild biodiversity, also require full consideration in future management.

The results of increased patrolling and awareness-raising are encouraging and need to be sustained by a combination of law enforcement, continuous dialogue between rangers and local communities, further clarification and eventual demarcation of the boundaries and the best possible support to communities in the buffer zone with sustainable land and resource use systems. The various initiatives undertaken to strengthen the role of the Maroon communities in the governance and management of the national park and the property, including the participatory identification and documentation of tangible and intangible cultural heritage, are a critically important reflection of the integrated approach in the mixed property and likewise deserve and require the strongest possible support. The announced finalization of the programme for Maroon Cultural Assistants and related training programmes starting soon, as well as the Cultural Heritage Preservation Programme, will be crucial elements of the governance and management.

Resistance to the pressure to build new trails indicates a strong awareness of the need to balance visitation and conservation of sensitive and vulnerable cultural and natural values. The most visited trails and areas, including “satellite sites”, require adequate monitoring and, if needed, management responses.

Despite remaining issues about the adequacy of resourcing, it is considered that the main concerns of the World Heritage Committee are currently being addressed. It is however recommended that the Committee encourage the State Party to continue with the finalization of the overarching legal and policy framework, such as amendments to the Draft National Minerals Policy, the revision of the Jamaica National Heritage Trust Act and the development and consolidation of national protected area system legislation and policy. It is further recommended that the Committee encourage the State Party to set up a robust programme to support the livelihoods of the local communities through environmentally and culturally compatible options in order to prevent any threats from human activity to the Outstanding Universal Value of the property. The new 10-year Management Plan should be finalized as a matter of priority and its implementation should be supported by the provision of adequate financial and human resources. 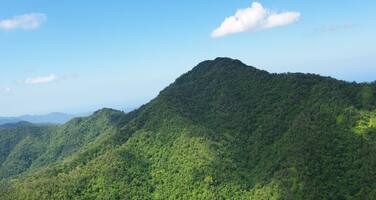