State of Conservation The Sundarbans 2014
Print

USD 32,590 from Switzerland following a Special Appeal by the Sector for External Relations of UNESCO.

The World Heritage Centre and IUCN received information about the construction of a coal fired power plant in Khulna (Rampal) and a widening of the Pashur River along 10 km around Mongla Port near the property to accommodate the transportation of coal to the plant. On 22 May 2013, the World Heritage Centre wrote a letter to the State Party to request more information about this issue, and to remind the State Party of the Committee’s request for a report on the state of conservation of the property. The Environmental Impact Assessment (EIA) of the project is publicly available for download from the website of the Bangladesh Power Development Board (http://www.bpdb.gov.bd/download/coal_EIA_report_rampal_khulna/EIA%20of%202x%20(500-660)%20MW%20Coal%20Based%20Thermal%20Power%20Plant%20at%20Rampal%20in%20Bagerhat%20District,%20Khulna.pdf), and was received by IUCN and the World Heritage Centre on 15 October 2013. On 12 December 2013, IUCN provided comments on the EIA. A response to these comments from the State Party was received by the World Heritage Centre on 15 April 2014.

The World Heritage Centre and IUCN have also received information that the coal-fired power plant has been a catalyst for other infrastructure and industrial development downstream. Reportedly, these developments have not been subject to EIA, although they could potentially cause more significant pollution than the plant itself. Plans for the construction of an additional coal-fired power plant in the same location have also been reported. The World Heritage Centre sent a letter to the State Party on 11 April 2014 requesting further information about these reports. At the time of writing this report, no reply had been received from the State Party.

Additionally, there are a number of outstanding issues which were raised by the Committee in Decision 35 COM 7B.11. In particular, the ecological monitoring data for the property, which are necessary to assess the status of the property’s Outstanding Universal Value (OUV), are still not available and inadequate resources and infrastrucutre also remain a concern.

The Committee is recommended to regret that the State Party did not submit a report on the state of conservation of the property as per Decision 35 COM 7B.11 and to express its concern about the construction of the coal-fired power plant in Khulna (Rampal). IUCN considers that the EIA of the power plant, published in January 2013, did not adequately consider potential impacts of the plant on the property’s OUV. While the State Party has responded that the Sundarbans as a whole including the property were considered in the EIA, an assessment of the specific impact on the property’s OUV should nonetheless have been carried out, in conformity with IUCN’s World Heritage Advice Note on Environmental Assessment.

Furthermore, while the power plant will be located about 65km away from the property and local air and water pollution can potentially be mitigated sufficiently, the dredging of the Pashur River to facilitate the transport of coal to the plant, as well as the coal dust released into the environment during transport and transfer, are likely to adversely impact the property. The EIA for the plant does not consider the impact of dredging in the rivers adjacent to the property. Only limited consideration has been given to the transport and transfer of coal in close distance to the property and no mitigation efforts beyond already existing regulations are known. The dredging necessary to keep the channels of the Pashur River open for navigation is likely to alter the morphology of the river channels, which, in combination with erosion and sedimentation caused by the wakes of large vessels, would be likely to affect priority habitat for freshwater dolphins and other aquatic species, such as the critically endangered Batagur turtle (Batagur baska) and vulnerable small clawed otter (Aonyx cinerea). Coal dust released into the environment during transport and transfer is likely to have a significant direct adverse impact on mangroves, fish, and probably freshwater dolphins, amongst other endangered species.

While the State Party notes that an EIA for the dredging activities will be carried out before these will start and that experts from the World Heritage Centre and IUCN will be able to contribute to this process, the impacts of dredging should have been included in the EIA for the power plant, given that dredging to keep the rivers open for navigation is directly linked to the feasibility of the power plant. There is concern that indirect and cumulative impacts from the power plant, related activities to facilitate navigation, and other infrastructure and industrial developments do not appear to have been assessed. Therefore, the Committee is recommended to request the State Party to undertake a comprehensive Strategic Environmental Assessment (SEA) of development in the Sundarbans and its immediate vicinity, including a specific assessment of potential impacts on the OUV of the property, in conformity with IUCN’s World Heritage Advice Note on Environmental Assessment.

Finally, the Committee is also recommended to request the State Party to provide updated information on ecological monitoring data for the property and on progress achieved with improving park infrastructure and the adequate provision of resources. It should be recalled that, at its 35th session, the Committee invited the State Party to request international assistance from the World Heritage Fund to further support the ongoing restoration of infrastructure and the procurement of management resources as well as a report on the state of conservation of the property, and progress achieved with regards to post-cyclone restoration and the results from the ecological monitoring programme. 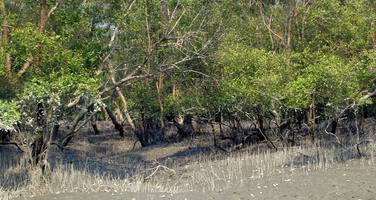