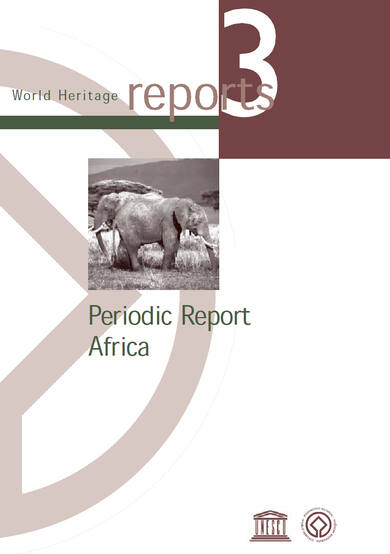 Thirty years after its adoption in 1972 and ratification by 175 States Parties, the Convention for the Protection of the World Cultural and Natural Heritage remains a major international legal tool which has enabled 721 sites to be inscribed on the World Heritage List. It ensures the current protection of that heritage so that the achievements of the past may be passed down to the generations yet to come.

To date, 37 out of the 51 African countries have signed the World Heritage Convention, and 23 countries have set up a system whereby 57 African sites have been inscribed on the World Heritage List.The exceptional nature of the African heritage, of its forms and representations requires not only that different periods in history be taken into consideration, but also that its special features be identified and defined in the complementarity and continuity of nature and culture.

In a difficult socio-economic context, the African, and indeed World Heritage, cradle of the history of humanity, is facing various dangers and pressures which threaten the sites and sometimes cause them irremediable damage. As early as 1972, the World Heritage Convention warned of the pressures to which the sites were subject and underlined the need to integrate heritage conservation into the development process. By ratifying the Convention, each country commits itself to its implementation, by adopting policies and plans for setting up a framework for the protection and conservation of its heritage, particularly the sites inscribed on the list.

CHAPTER 2
Section 1: Implementation of the Convention by the States Parties
1. Identification of the properties
2. Legal and institutional framework
3. Training
4. International cooperation and fund raising
5. Education, information and awareness building

Section 2: Implementation of the World Heritage Convention at the site level
1. Identification of natural and cultural heritage properties
2. Management of the sites inscribed
3. Factors affecting the sites
4. Preventive conservation and monitoring