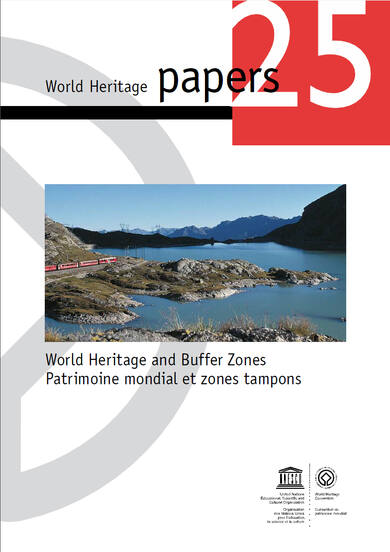 Buffer zones are an important tool for conservation of properties inscribed on the World Heritage List. All along the history of implementation of the World Heritage Convention, the protection of the “surroundings” of the inscribed properties was considered an essential component of the conservation strategy, for cultural and natural sites alike. The World Heritage Committee valued the concept and included it into the Operational Guidelines as one of the elements to be considered in the preparation of a nomination proposal.

The expert meeting on buffer zones held at the Schatzalp in Davos, Switzerland, was organized to foster the reflection on the role of buffer zones in modern conservation practices at the site level and on the support they can offer to cope with new challenges and threats.

The meeting brought together experts of cultural and natural heritage sites from all regions of the world, to exchange experiences, discuss present and future challenges and propose to the World Heritage Committee elements for a reflection on the nature and function of buffr zones.

This impor tant work will hopefully help the World Heritage Convention to improve its ability to enhance protec tion and to share bes t pr ac tice models with other Programmes or Conventions, such as the UNESCO Biosphere Reserves or the Ramsar Convention (1971).