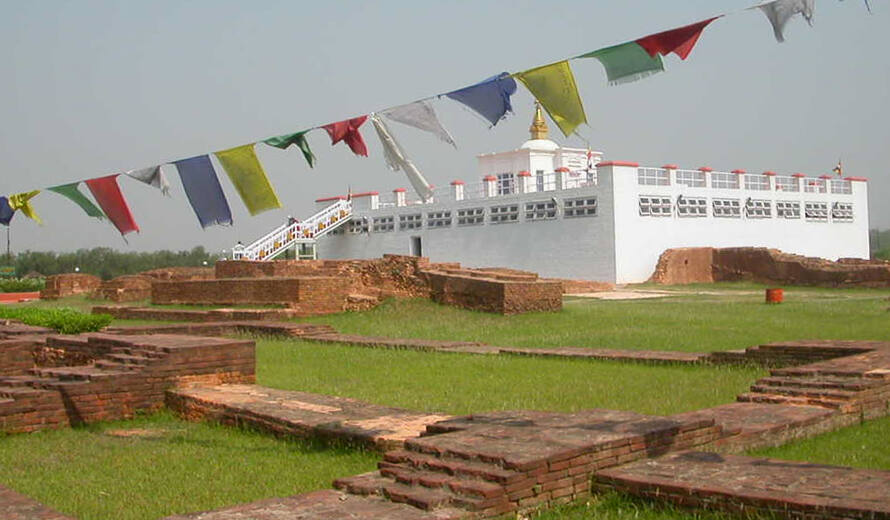 The UNESCO Kathmandu Office has recently created a website on Lumbini, the Birthplace of the Lord Buddha, World Heritage property in Nepal: ‘Lumbini: Past, Present & Future’.

Lumbini, the birthplace of the Lord Buddha, was inscribed on UNESCO’s World Heritage List in 1997 because of its Outstanding Universal Value. The values described are that it is the birthplace of Buddha, the sacred area is one of the most holy places for one of the world’s great religions and the archaeological remains provide evidence about the nature of Buddhist pilgrimage from a very early period. The values therefore encompass the property to be both an archaeological site as well as a place of pilgrimage.

The recent released website gives information on the history of Lumbini as a place of pilgrimage, tourism and study; details on Lumbini’s inscription as a UNESCO World Heritage Property; the assistance provided by UNESCO to the national authorities of Nepal to safeguarding the Outstanding Universal Value of the World Heritage property; as well as an account of the long-held interest of UN Secretaries-General in Lumbini and its conservation; and information on the design and implementation of the Kenzo Tange Master Plan for Lumbini.

The website has been designed as part of the current UNDP/UNESCO Lumbini Support Project. The project, supported by UNDP, Nepal, hosted by the UNESCO Kathmandu Office and conducted in close consultation with the UNESCO World Heritage Centre, aims to prepare a strategy to garner international support for Lumbini’s development. To this end, the project includes a possible joint visit to Lumbini in the near future by the Director-General of UNESCO and the Secretary General of the UN to jointly launch an international initiative to draw attention to the need to better preserve and manage Lumbini.

UNESCO focuses its action on preserving and harnessing the role of culture for development in Lumbini and its surrounding areas of historic importance in order to contribute to the sustainable development of local communities and empower them to play an active role in the conservation and development of the property.