The First Expert/Stakeholder Meeting took place in Pompei (Italy) on 17 November 2012, within the framework of the project “Towards a governance system for coordinating the updating and the implementation of the Management Plan of the Archaeological Areas of Pompei, Herculaneum and Torre Annunziata”. The meeting was funded by the Italian Government and managed by the UNESCO World Heritage Centre in collaboration with the Italian Ministry of Cultural Heritage and Activities (MIBAC).

The objective of the meeting was to assist those responsible for the World Heritage property “Archaeological Areas of Pompei, Herculaneum and Torre Annunziata” in updating and reviewing the existing management plan to address public use and disaster risk management issues and include provisions to regulate and control development in the vicinity of the property.

Around 50 participants included local, national and international experts in the field of archaeology, sustainable tourism, economics of culture, management, conservation, disaster risk management; national and local authorities, local stakeholders and site managers. The Italian Ministry (MIBAC) was represented at the highest level and by all central and decentralized departments and units involved in the preservation and enhancement of the World Heritage site. Experts from ICCROM and ICOMOS, two of the advisory bodies of the World Heritage Convention, also contributed to the discussions.

The Meeting was opened with an introduction on the core elements of the project agreed between UNESCO and MIBAC, followed by a presentation on conservation and maintenance aspects that are included in the Grande Progetto Pompei financed by the European Union. The activities put in place by the MIBAC-UNESCO office were listed with a particular reference to the World Heritage site of Pompei, Herculaneum and Torre Annunziata. The meeting‘s objectives were described and the draft proposal for a new management system for the World Heritage site was introduced.

The state of the World Heritage site was then illustrated in term of conservation, preservation, maintenance, planning and management issues completed by the emergency plan for the Vesuvian area. An example for future heritage management practices was identified in the Herculaneum Conservation Project, a public and private initiative acting at one of the archaeological area of the World Heritage site. The new Italian guidelines for sponsorship were also explained. The discussions followed then in the four workshops on heritage and conservation, disaster risk management, public use and governance, institutional and organizational settings; and resulted in several considerations and suggestions (attached). 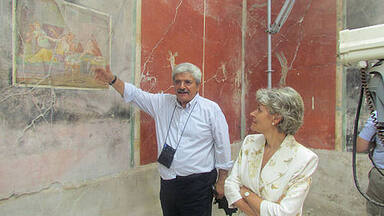 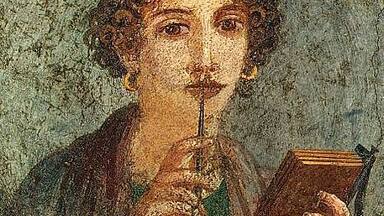 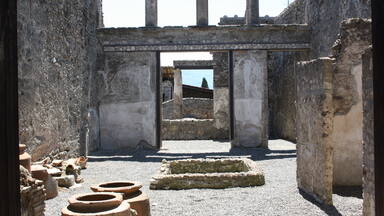 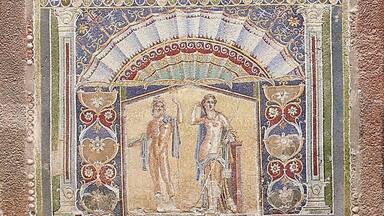