UNESCO Director-General deplores the increasing threats and possible damage to the Umayyad Mosque in Aleppo, Syria

UNESCO Director-General Irina Bokova today expressed utmost concern over the escalation of violence in Syria, in particular in the vicinity of several World Heritage sites. The Director-General reiterates her appeal of 30 March 2012 to the parties involved in the conflict to protect all Syrian cultural heritage.

The Director-General’s comments follow reports about damage to the Umayyad Mosque in Aleppo that occurred during the fierce fighting for control of the city, which has been on going for several weeks.

“I am deeply distressed by the daily news about the extreme human suffering and the escalation of damage to cultural heritage throughout the country. We saw damage to the Citadel in July and the souqs ten days ago, and the Umayyad Mosque, heart of the religious life of the city, one of the most beautiful mosques in the Muslim world, is being severely endangered – the extent of which we do not know yet. In Northern Syria, the region of the Ancient Villages inscribed on the World Heritage List in 2011 is heavily struck and it seems that the invaluable Saint-Simeon byzantine complex might have been touched.

“I appeal once more to all concerned parties to bear in mind the historic and highly symbolic value of this heritage for which they are responsible now and tomorrow, for the whole of humanity. They shall be held accountable not only for the tragic loss of human lives but also for the loss of the testimonies of the past”,
Irina Bokova said. 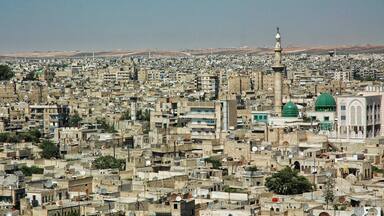