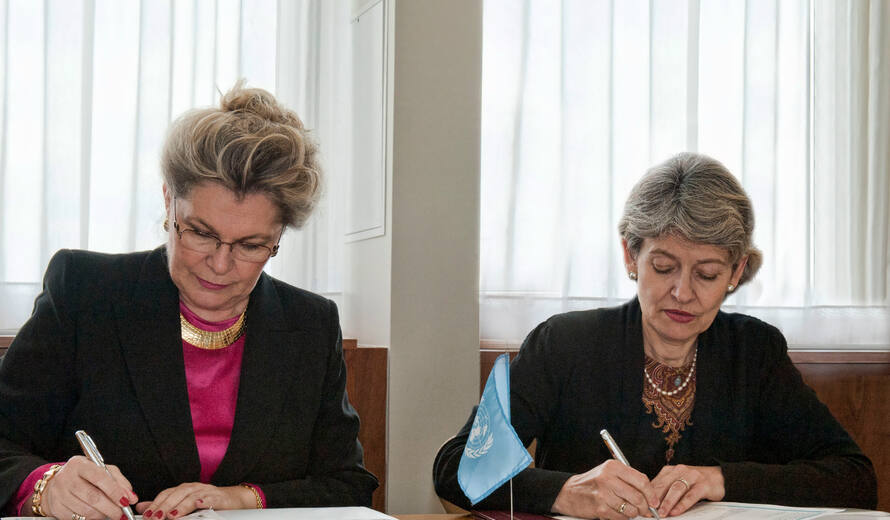 On 7 May 2012, UNESCO Director-General Irina Bokova and H.E. Ms Katalin Bogyay, Ambassador of Hungary and President of UNESCO's General Conference, signed the new Recommendation on the Historic Urban Landscape adopted by the General conference on 10 November 2011. The Recommendation was adopted by acclamation, the first such instrument on the historic environment issued by UNESCO in 35 years.

The Recommendation on the Historic Urban Landscape will not replace existing conservation approaches, but is a tool to integrate policies and practices of conservation of the built environment into the wider goals of urban development, in respect of the inherited values and traditions of different cultural contexts. This tool is a “soft-law” to be implemented by Member States on a voluntary basis.

The Recommendation and a glossary of terms can be see online here. 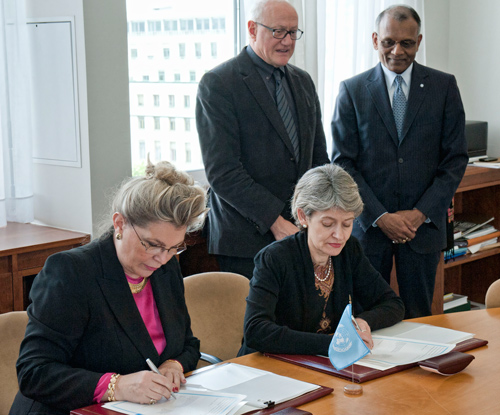