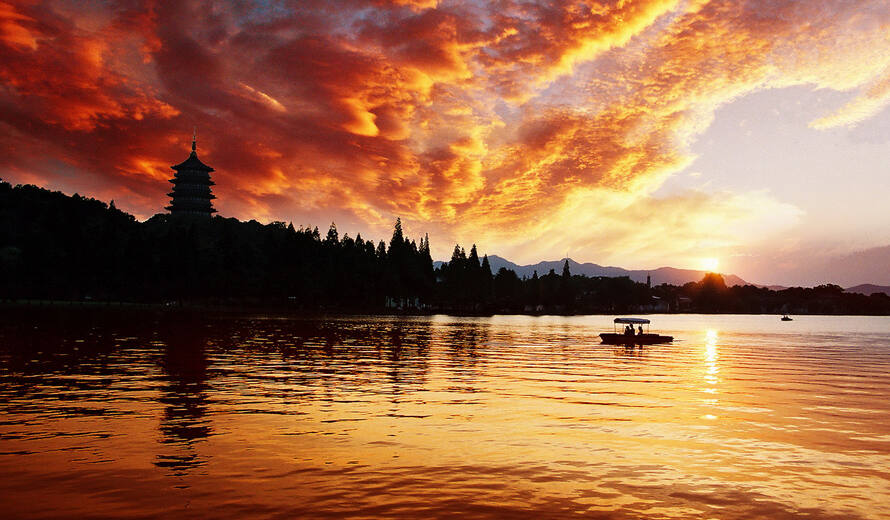 The inscribed landscape has inspired famous poets, scholars and artists since the 9th century. It comprises numerous temples, pagodas, pavilions, gardens and ornamental trees, as well as causeways and artificial islands.
These additions have been made to improve the landscape west of the city of Hangzhou to the south of the Yangtze river.