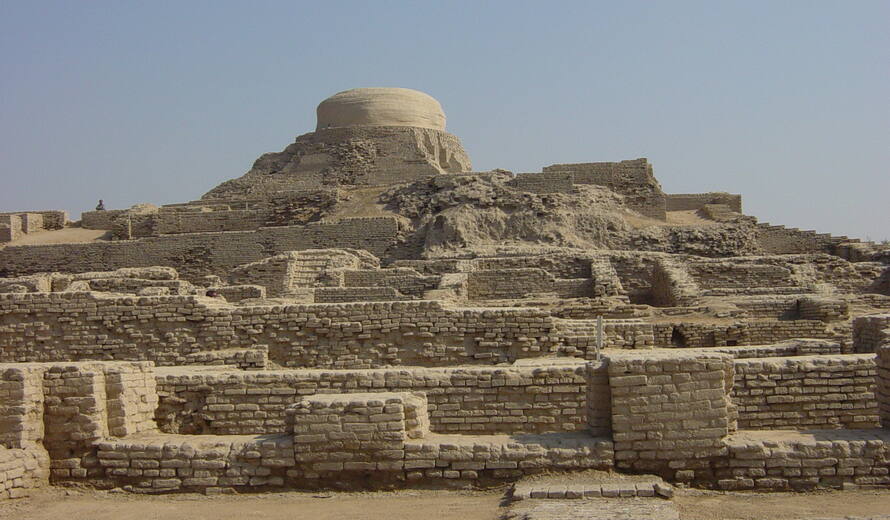 In addition to their dramatic consequences for the affected people, to which the World Heritage Centre expresses its sincere sympathy, the massive floods which have recently struck Pakistan are causing great concern for the state of conservation of the World Heritage property of Mohenjodaro. The Archaeological Ruins at Moenjodaro display the remains of one of the most important urban centre of the so-called Indus Civilization, flourished around the 3rd millenium B.C. Built in baked bricks over a large area along the banks of the Indus, Mohenjodaro has always been exposed to the erosion caused by strong currents of the River and one theory even suggests that the collapse of the Indus Civilization may have been caused by a series of devastating floods. Today, the waters of the Indus River have reached unprecedented levels and are threatening the site as well as the protective spurs constructed in the 1970s and 1980s with support from UNESCO in the framework of an International Safeguarding Campaign.

A technical assessment mission is being planned by the UNESCO Office in Islamabad, as soon as the waters will have receded. In the meantime, the World Heritage Centre shall closely monitor the situation and will stand ready to provide assistance to the responsible Pakistani authorities should emergency safeguarding measures be required.