The Director-General of UNESCO Irina Bokova and Brazil's Minister of Culture João Luiz da Silva Ferreira formally opened the 34th session of the Committee here on the evening of Sunday 25 July. The meeting continues through to 3 August.

In her opening address, Irina Bokova stressed the link between heritage and the world's major development challenges.  "I am convinced this Committee can blaze new trails," said the Director-General. "Sites can be testing grounds for innovative protective measures that closely involve communities" and "real laboratories of sustainable development in practice." This is a "message that UNESCO is promoting throughout this International Year of Biodiversity," she said.

The Minister of Culture of Brazil hailed the fact that "heritage is no longer treated in an isolated way" but has become an integral part of national development planning. He also underscored the importance of further improving the representativity of the world's myriad cultures on the World Heritage List.

The 39 nominations submitted this year include 8 natural, 29 cultural and 2 mixed (i.e. both natural and cultural) properties, as well as 9 extensions to properties already listed (see list below).

The Committee will also review the state of conservation of 147 World Heritage properties, including the 31 sites inscribed on the List of World Heritage in Danger and another 36 that are causing serious concern. The In Danger List features sites which are threatened by a variety of problems such as pollution, urban development, poorly managed mass tourism, wars and natural disasters, which have a negative impact on the outstanding values for which the sites were inscribed on the World Heritage List.

The World Heritage Committee, responsible for the implementation of the World Heritage Convention, comprises representatives of 21 countries, elected by the States Parties for four years. Each year, the Committee adds new sites to the List. The sites are proposed by the States Parties. Applications are then reviewed by two advisory bodies: cultural sites by the International Council on Monuments and Sites (ICOMOS), and natural sites by the International Union for Conservation of Nature (IUCN), which inform the Committee of their recommendations. The International Centre for the Study of the Preservation and Conservation of Cultural Heritage (ICCROM) provides expert advice on conservation and training in restoration techniques.

Natural properties submitted for inscription to the World Heritage List:

Cultural properties submitted for inscription to the World Heritage List:

Mixed properties submitted for inscription to the World Heritage List: 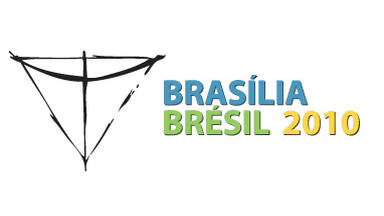